The Division 1 boys’ cross country finals at Michigan International Speedway featured a number of interesting story lines including the race for the team title between Brighton and Dexter.

There also was the run to the finish line in the individual race.

Let’s get right to it – lace up your sneakers.

In the team race, Brighton and Dexter drove into MIS as the favorites after a close race the previous weekend at Regionals. The Bulldogs edged the Dreadnaughts (56-50) at Regionals to qualify for the State Finals.

Unfortunately for Dexter, the results in Brooklyn were similar as Brighton scored 136 points to finish a step ahead of Dexter for the title. The Dreadnaughts finished a strong second with 154 points while Saline took third with 188 points.

Finishing second is something to celebrate even if you didn’t accomplish your ultimate goal.

“We came into the season with one clear goal as a team, and unfortunately we came up just short to a very good team in Brighton,” said Dexter Coach Drew Collette, who perfectly summed up the experience. “The State Finals show what a true team sport cross country is. Our top runners, Owen Huard and Nathan Larson, had races that were behind their goals individually, but as a group the team really performed well and were able to beat out an exceptional field of teams.” 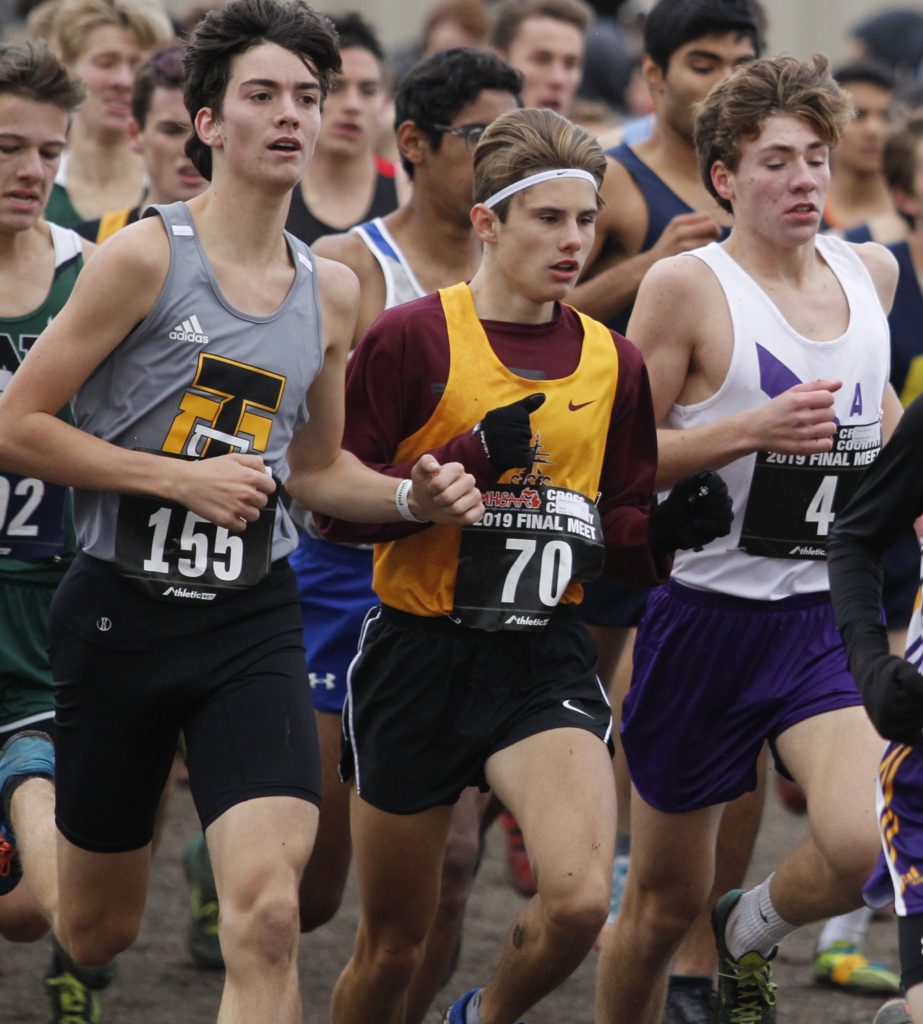 Collette rightfully points out that Brighton and Dexter were close at 1-2, but there was a significant gap before the 3-8 teams, who were all very close to one another. It was a two-team race to the finish line.

“It just showed what resolve this team has had and their ability to run for one another,” Collette said. “Last year we were disappointed in a third-place finish. This year we feel bittersweet about second place, but these are huge accomplishments and truly show the growth of the program and the winning culture of high expectations that permeates this team.

Column: Cross Country State Finals On Pace With The Best High School Sports Has To Offer

“Five seniors ran their final race as Dreadnaughts, and I could not be more proud to have coached them through their four years of high school.”

Those seniors led the way all season for a Dexter team that was dominant from the starting blocks of the season to the finish line at MIS. Huard led the way with his 28th place finish time of 16:03.7. Larson, another outstanding senior runner for the Dreadnaughts, was right behind his teammate, finishing 29th in 16:04.5.

In the Division 1 girls’ race, Dexter senior Sophia Grant qualified for the State Finals after a strong showing at Regionals. She went 19:51.4 to finish 108th at MIS – out of 257 of the best runners in the state.