Two pitchers heading to Division 1 softball programs took to the circle on Saturday in a Division 1 Regional semifinal game at Northville High School. Novi’s Reganne Bennett has committed to the University of South Carolina and Dexter senior Paige Sayler is headed to Central Michigan.

But apparently the hitters on both teams weren’t very impressed. Novi scored three runs in the top of the first and Dexter answered with a pair in the bottom of the frame as both teams brought out the bats on a perfect day for softball. Despite falling behind 3-0, Dexter scored two in the first, tied the game in the third and then added two runs in the fifth for a 5-3 win over the Wildcats. 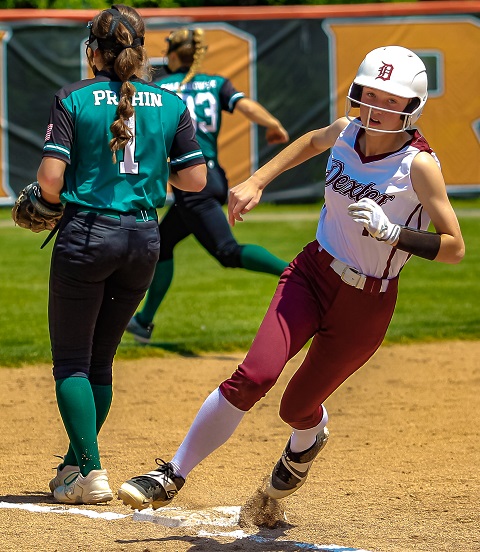 The semifinal game was close and well played between two very young softball programs – these teams could meet again in the future. The Dreadnaughts had only three seniors on the roster with nine sophomores and two freshman. The Wildcats had only two seniors with six freshman.

Bennett gave Novi a 2-0 lead when she hit a home run in the top of the first off Sayler. Meagan Lowes knocked in Lily Smith to make it 3-0.

But the Dreadnaughts came right back in the bottom of the first. Anika Busdeker and Sayler drove in runs to make it a one-run game. 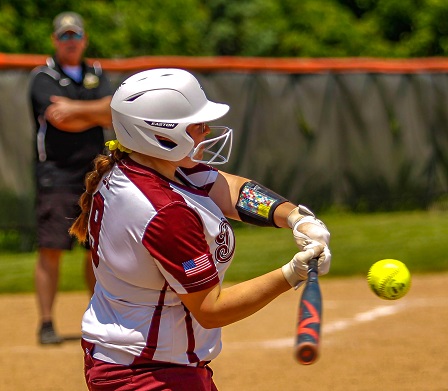 In the bottom of the third inning, Busdeker delivered again with a game-tying single to make it 3-3. The Dreadnaughts were lined up to score more runs in the third but with two on and nobody out, Novi shortstop Allison Sharnowski made a great play on a ball hit over her head and was able to double up Dexter’s runner at second.

Sayler answered Bennett’s earlier home run with one of her own in the fifth inning that cleared the centerfield fence and gave the Dreadnaughts a 5-3 lead. Each pitcher homered off the other.

The Dreadnaughts had six hits while Novi had four.

Busdeker was 3-for-3 on the day with two RBI and two runs scored. Sayler was 2-for-3 with three RBI and a run scored. Audrey Gauthier had a hit, walk and a run scored for Dexter. Hannah Marsik and Madison Ohlman had walks for the Dreadnaughts.

It was a great season for Coach Tim Kimball and his staff – Rod Whitlock and Craig Passamani. The young Dreads were competitive in the SEC Red and improved as the season moved along. They also won a District title and a Regional game. 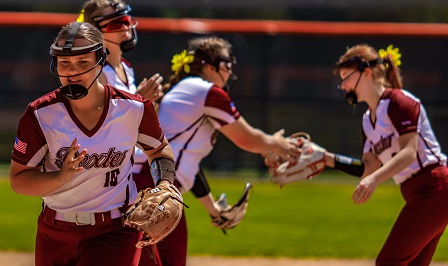