Dexter hosted the annual Larry Steeb Meet of Champions at Al Ritt Stadium on Tuesday, and while there were no team scores kept, over 30 different schools had athletes competing in the highly competitive meet held prior to the State Championships.

Dexter had two relay teams place as well. In the 4x800m the team of Owen Ackerman, Brandon Anderson, Adam Hauser, and Josh Lamb finished 2nd with a time of 8:22.08. The same four also ran in the Distance Medley Relay, crossing the finish with a time of 11:28.65, good enough for 7th. 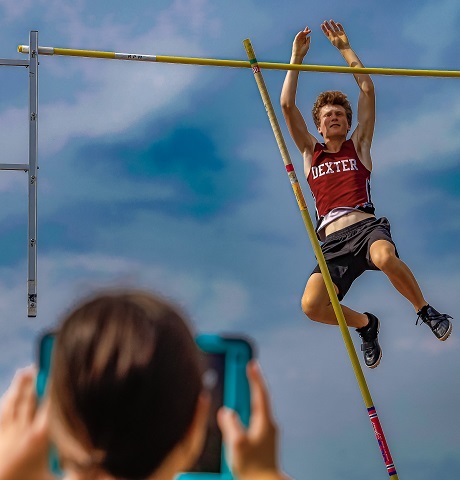 Rounding out the rest of the Field events, Sam Fitzpatrick finished 3rd in the High Jump with a leap of 6’0”, and fellow high jumper Ryan Kerr finished 7th at 5’8”. Dexter had one other placer in the Pole Vault, Clark Sheldon finished 3rd at 13’0”.

On the girls side, the Dreads had strong performances in the field events.

Jamie Giese won the Shot Put, breaking her own school record that she set earlier this year with a big throw of 43’6.5”, and Lily Burns placed 8th with a put of 32’2.5”. Giese also placed 6th in the Discus with a throw of 103’9”. Sophia Mettes won the girls Pole Vault at 13’0”, and set a new Meet Record in the process, breaking her own record of 12’7” that she set last year.

Finishing out the Dexter placers in the Field events, Tia Schults tied for 7th in the High Jump at 4’8”. 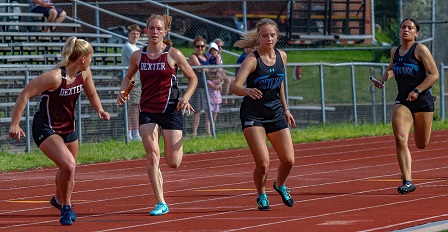 Dexter competes this Saturday at the Division 1 State Championships in Rockford.

Written By
Terry Jacoby
More from Terry Jacoby
Rachel Dunklee has a theory on why her parents first introduced her...
Read More