If Dexter High School put numbers in the rafters, No. 32 would certainly be hanging around forever.

Sydney Pnacek – No. 32 – says she had a basketball in her hands before she could walk. And she ran with it – all the way to becoming one of the best basketball players to ever walk on the floor at Dexter High School.

“I can’t say enough good things about Sydney,” said Dexter Coach Lauren Thompson. “She is one of the best players to come through our program.”

And that’s no hyperbole – just check out the numbers the shooting guard/forward leaves behind. During her four years on varsity, Pnacek scored 908 points, grabbed 433 rebounds and set a program record by scoring 20 or more points in a game seven times. A three-year starter and captain, Pnacek had a splendid senior season, averaging a team-high 14.7 points per game along with 6.8 rebounds, 2.9 assists and 1.4 blocks. A First Team All-SEC Red selection, she shot 38 percent from the floor and 32 percent on three-pointers. 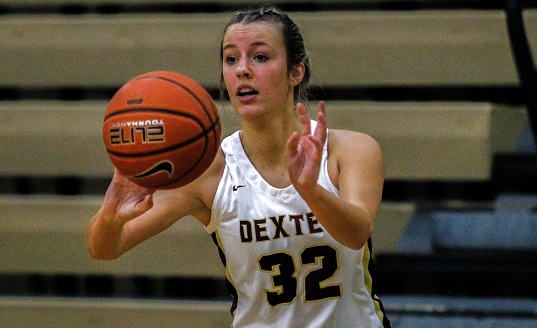 Let’s rewind to the beginning – you know, before she could walk beginning.

“I had a basketball in my hand before I could walk,” says Pnacek. “Both my older brothers played basketball throughout high school and my mom and dad both love it, so I’ve been around it my whole life.”

She went straight to the varsity team when she arrived at Dexter High School and made an impact right away. She received All-Conference Honorable Mention her first year with the Dreadnaughts.

She was All-Conference the following three years and made the All-Area Dream Team as a junior and senior. She also received the Scholar Athlete Award all four years for her work on the hardwood and in the classroom. She was a team captain as a junior and a senior and this year received a Leadership Award.

This past season was indeed special for Pnacek and the Dreadnaughts for many different reasons. 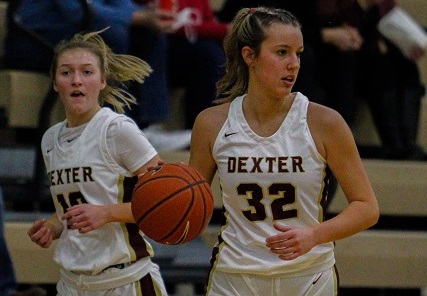 “We had an incredible year, going undefeated in the SEC Red, our first year in that division,” Pnacek says. “I think we were able to do what we did because of the bonds we made with each other and the trust we had in our teammates. We held each other accountable and pushed each other to be better, and it ended up helping us out a lot.”

The season, unfortunately, ended early for the Dreadnaughts, who lost to Brighton 33-29 in a District final.

“I’m not sure if it was the emotions of the game or what, but we lost focus on some fundamentals that games just can’t be won without, and it wound up hurting us,” says Pnacek, after some time reflect. “Obviously, it wasn’t the way we wanted or expected our season to end, but we had to remind ourselves to keep our heads up, because going 19-3 was still a heck of a season. And for me personally, I definitely had goals of making a run in the postseason, but apart from that, I couldn’t have asked for a better senior season.” 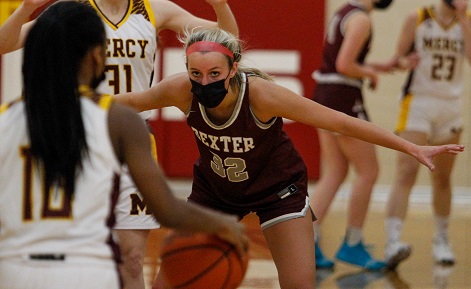 She made some lifelong memories along with some lifetime best friends.

“I will always remember the fun we had at practices, on the bus rides, and at team dinners,” she says. “We had such a blast with each other and our coaches, and I’ll always be grateful for the memories we made.”

Sydney, the daughter of Kevin and Kelly Pnacek, dribbled to a 4.0 GPA in the classroom and is a member of the National Honor Society. She plans on continuing her education and basketball career at Hillsdale.

“Hillsdale has great academics, which was one of the main factors in my choice,” she says. “Aside from that, the atmosphere of the team and Coach Averkamp’s vision for the program is something I’ve wanted to be a part of since the first time I stepped on campus.” 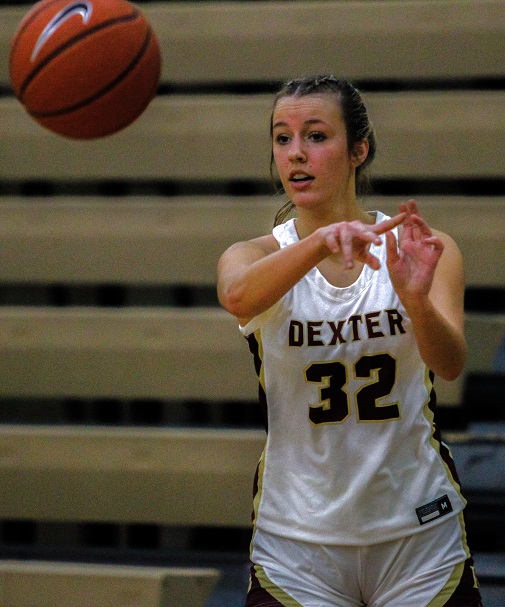