The Dexter boys’ basketball team picked the wrong time to hit the road shorthanded. The Dreadnaughts travelled to Detroit Catholic Central on Thursday night to play the top-10 ranked Shamrocks and it was a struggle for the visiting team from the start.

Catholic Central built an early 14-4 lead and never really looked back in a 70-43 win over the Dreads. 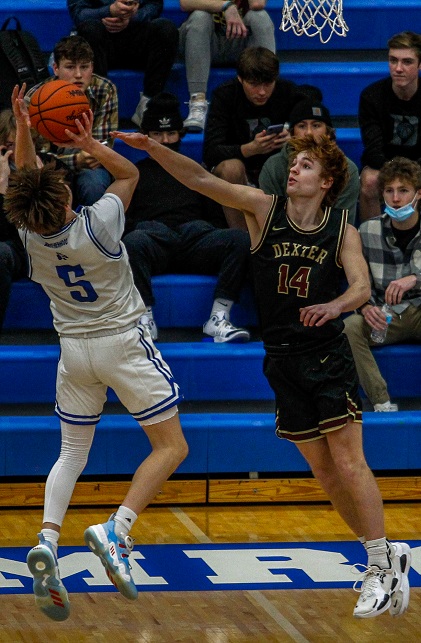 “We were short-handed and didn’t shoot the ball very well,” says Dexter Coach Jason Rushton. “But credit goes to CC Coach Sinawi and his guys for how well they rebound and get out in transition. They have size, strong guard play and shooters. There’s a reason they’re a top-10 team in the state.”

Cal Bavineau led the Dreadnaughts with 14 points and 4 assists. Ty Rychener had a solid all-around game with 12 points, 7 rebounds and 3 steals.

CC had five players score eight or more points in the win.

Dexter should get Brennan Parachek back for Tuesday’s game against Huron – another strong team. 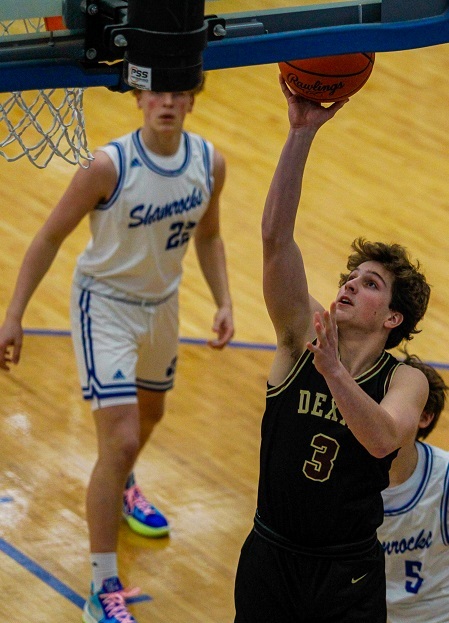