Heading into this season change was in the air and on the court for the Dexter volleyball team. Sometimes, change can be a good thing and sometimes it can be a great thing – it’s been a little of both for the Dreadnaughts.

“Going into this season we didn’t know what to expect,” says Dexter Avery Goodrich, one of the team’s captains. “First, we graduated a lot of really talented seniors. And second, we were switching sides of the conference.”

Dexter also had a new head coach in Paula Palmer Burns and have had to deal with a number of injuries along the way.

But the Dreadnaughts have set, then spiked any adversity that has come their way so far this season. 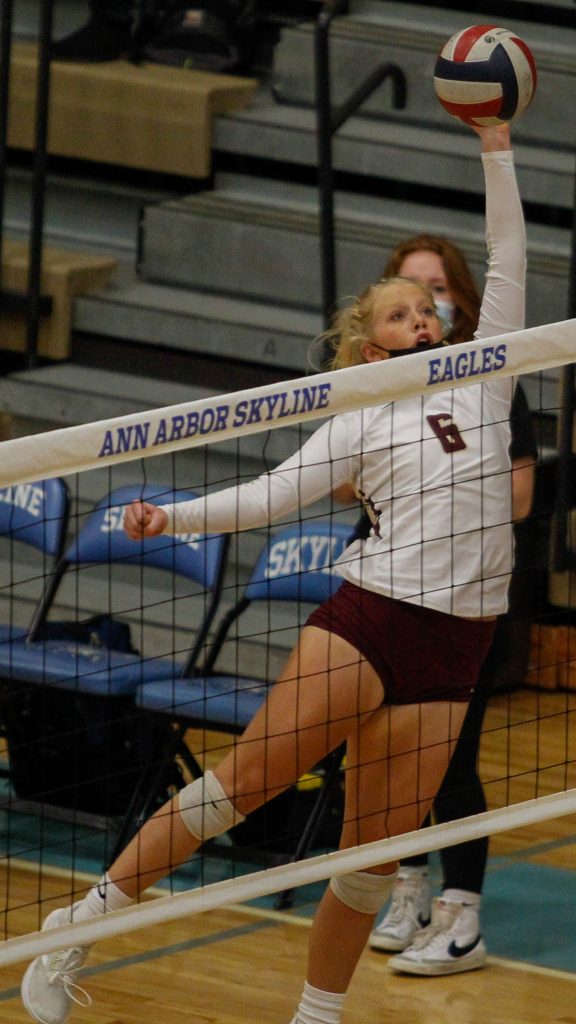 “We have grown closer because of it,” says Goodrich. “Our main goal for this season is to make a run at states. So far the season has been going very well and the team’s performance has been phenomenal. We hope to run a faster offense to help us in the long run against faster pace teams.”

Goodrich, one of Dexter’s talented seniors, began her volleyball career as a freshman on the JV team. She then set her sights on playing varsity.

“My sophomore year I worked really, really hard to get a spot on varsity and although I didn’t have a starting spot, I did earn a DS position midway through the season,” she said. “I was also able to earn some time in the front row when needed.”

Her junior year was another big step. She played as a six-rotation, starting outside and earned All-Conference Honorable Mention. 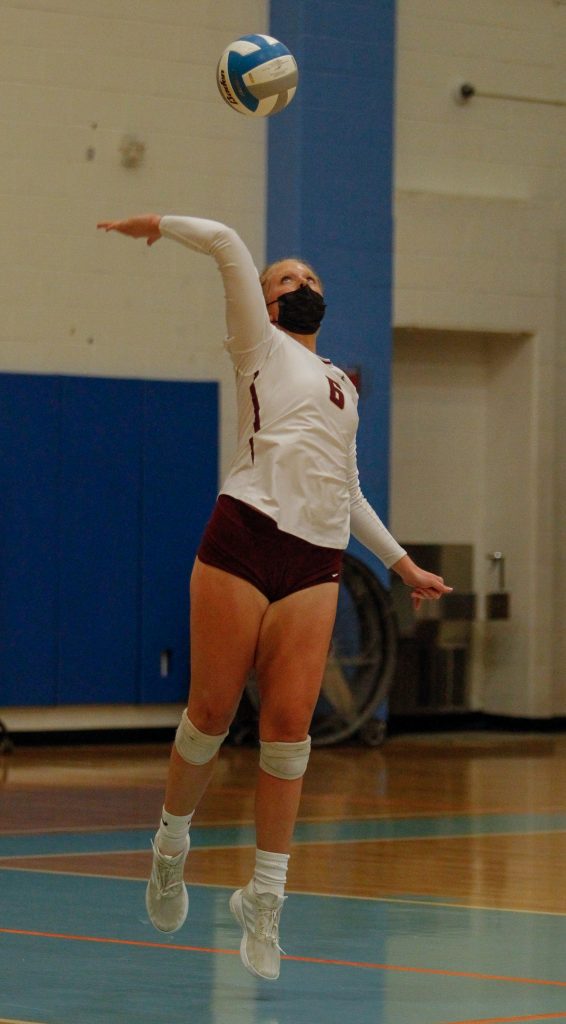 Anyone who has been around the Dexter volleyball program knows it’s more than just a team. The cliche is the truth when it comes to DHS volleyball – it’s a family.

“The volleyball program is my family,” says Goodrich. “Starting this year we started a ‘big-little sister’ program where we got to take in one or two girls from the freshman and junior varsity teams. We get to write them little notes and hang out with them which has really helped to connect our program and teams.

“Additionally, I feel that this year more than ever the girls on all the teams are super close with one another. There is no ‘varsity is only friends with varsity,’ We are all a family.”

Another common trait when it comes to Dexter volleyball teams is they always play hard. And that dedication took center court in a recent game with state-ranked Skyline. Despite being down two games and trailing in the third game, Dexter was still diving all over the floor and playing every point like it was a 24-24 tie.

“Going into this season we knew that we had nothing to lose,” Goodrich says. “No one expected us to compete on the more competitive side of the conference and that allowed for us to play with less stress and expectations on our shoulders which really benefits us in big games.”

Avery, 17, is the daughter of Sharon and Trey Goodrich. She not only plays volleyball but is an excellent student (4.356 GPA) and plays tennis. She is a member of the National Honor Society, Student Council, Green Schools Club and founder of Blankets of Hope.

Avery “credits” her parents for introducing her to volleyball. 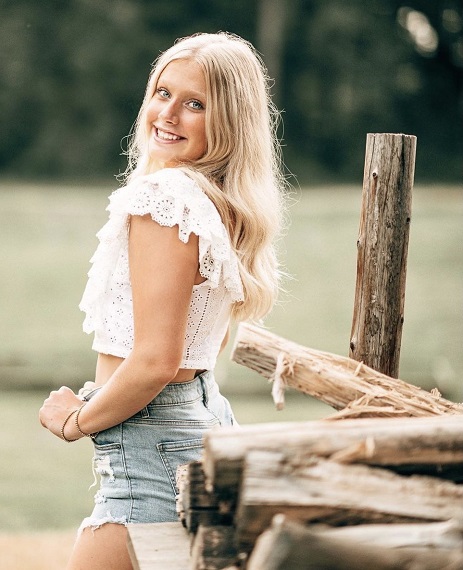 “I first learned about volleyball when my parents forced me to try out in the seventh grade,” she says. “After making the team and playing for a couple months I quickly fell in love with the sport and decided to quit all other sports (swimming, basketball and soccer). Volleyball showed me what it was like to connect with a team and also bring a lot of energy. I loved the loud and crazy environment of the sport.”

While Goodrich doesn’t plan on playing volleyball after this year, she does have a plan for the future.

“I will be attending the University of Alabama where I will study biochemistry on the premed track for anesthesiology,” she says. “If you ask anyone in the program they know that I am in love with the campus (so much so that my nickname is “miss bama”). I have gotten to visit the campus twice now and taken an official tour and it is just one of those things that feels right. I am so excited to see what my future holds and roll Tide.”

Before she rolls with the Tide she has a few more tumbles to take with the Dreadnaughts.