This program is specifically designed for trainees who have a passion for space exploration.

Ben spent the week training with a team that flew a simulated space mission. The crew participated in experiments and successfully completed an extra-vehicular activity (EVA), or spacewalk. Ben and crew returned to earth in time to graduate with honors. 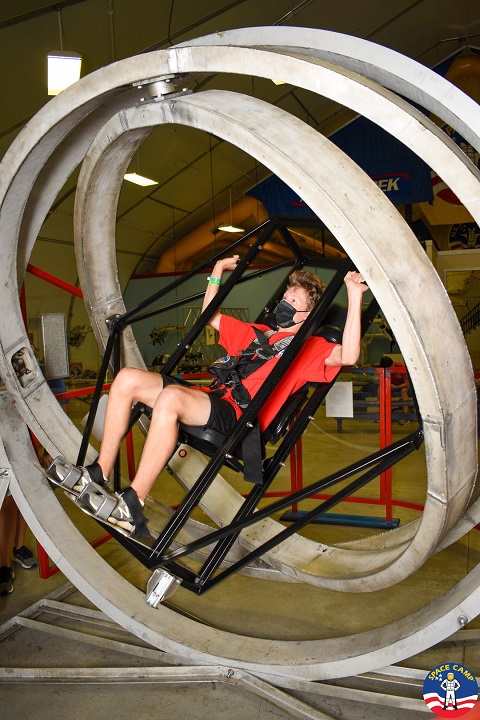 Ben, 16, said that his favorite part of Advanced Space Academy was meeting new people and the team simulator missions.

“The team would be put into an environment like being on the International Space Station or Mission Control and have to complete a task and solve problems that arise,” said Ben, who is considering Space Academy Elite next summer. “I really got to appreciate all of the moving parts with space travel and exploration.”

Ben’s team was awarded the Commander’s Cup for the top team. 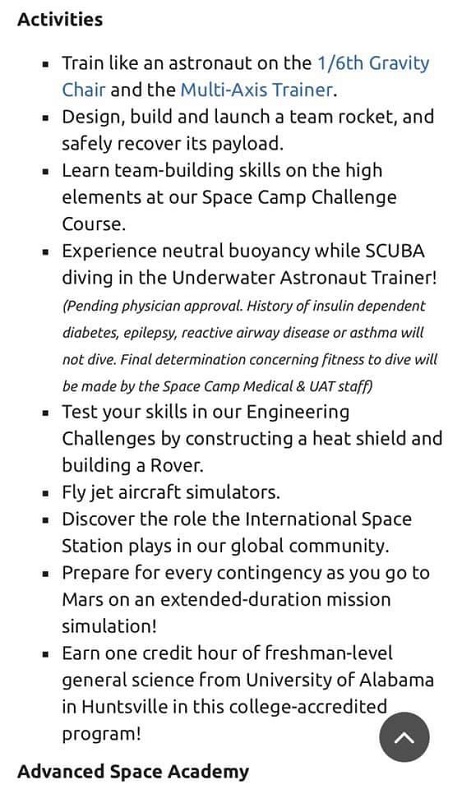 Space Camp uses astronaut training techniques to engage trainees in real-world applications of STEM subjects. Students sleep in quarters designed to resemble the ISS and train in simulators like those used by NASA.

Almost 1 million trainees have graduated from a Space Camp program since its inception in 1982, including European Space Agency astronaut, Samantha Cristoforetti and NASA astronauts Dottie Metcalf-Lindenburger, Dr. Kate Rubins, Dr. Serena Auñón-Chancellor and Christina Koch, who set the record for the longest duration space flight by a female. 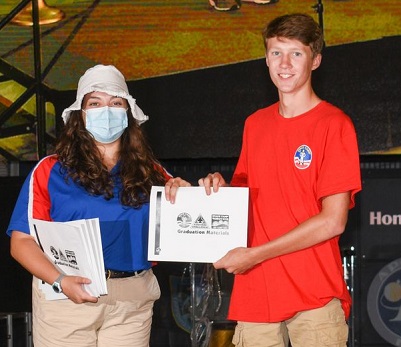