One thing is clear, no one is running away with the SEC Red Division title in boys’ soccer this season. Defending champion Saline is still the team to beat because they are champions until further notice, but Pioneer and Skyline have the players, the coaches and the determination to knock off the Hornets.

And Huron and Dexter also will make some noise and shouldn’t be taken for granted. There will be no gimmies among these five soccer teams in the loaded SEC Red and expect a lot of one-goal outcomes.

Pioneer is 6-1-1 with the loss coming against a team from Ohio and the tie with rival Skyline. One of the victories was a recent one-goal game at Dexter where the Pioneers hung on for a 3-2 win over the Dreadnaughts. 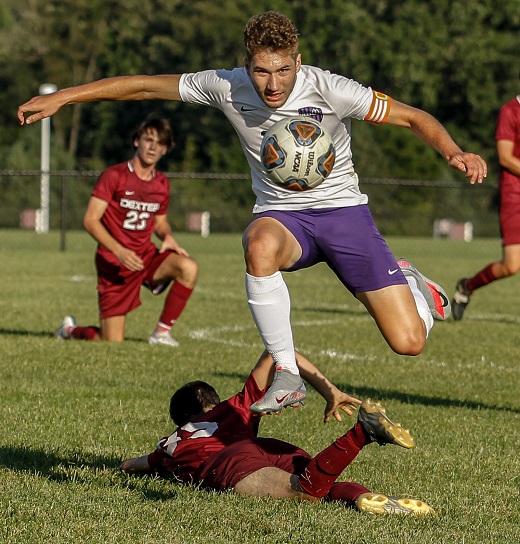 “We are really optimistic about our team,” said Pioneer Coach Jon Sundermann. “We have a nice mix of players and a good mix of strong seniors and younger players. One positive early sign is we are getting contributions from a number of different players.”

“We had a few chances to get a third goal late in the game but couldn’t find the back of the net,” he said. “Our transition defending, over dribbling in the wrong places and lack of fitness as a team hurt us. However, the boys worked hard and we looked really good at times.”

Dexter has had a number of injuries so far this year but are on the mend.

“We hope to get all but one player back next week so we hope that starts our turning point to get back on track,” Ducker said.

The Dreadnaughts have lost to all three Ann Arbor schools with a win against Bedford.