In June 2020, Dexter’s Lucas Koone tore his ACL and meniscus and figured his high school sports career was over. But fast forward to spring of 2021 and the Dexter senior was teeing up his first shot at Detroit Golf Club as a member of the Dreadnaughts’ varsity golf team. What happened in between those two events not only helped Koone continue his athletic career but also helped tee up his future.

Koone helped Dexter reach the state finals in golf, but this story isn’t about accomplishments – it’s about the road to accomplishments and where that road can ultimately take you.

Koone had plenty of passengers along for this part of the ride and decided to stay in the car and help others who find themselves where he was sitting. He will attend Michigan State University this fall and study nursing.

“I chose to go into the medical field so I could help others that were put into similar situations as me,” he says. “I want to be able to help people the same way I was helped.”

After Koone tore his ACL and meniscus, and after a number of doctor visits, Koone decided not to get surgery and try rehab. He wanted to play football his senior year.

“I had physical therapy for about three months and just made it back in time,” said Koone, who played wide receiver for the Dreadnaughts. “It was a very difficult time because all my friends and teammates were practicing and getting ready for the season while I was still in a brace hobbling around. It was a frustrating process but I was very fortunate and was able to play this season.”

The Dexter varsity team had another strong season on the gridiron and again reached the state playoffs. Koone was part of a huge turnaround for the Dexter football program, one that went from multiple winless seasons to multiple trips to the postseason. 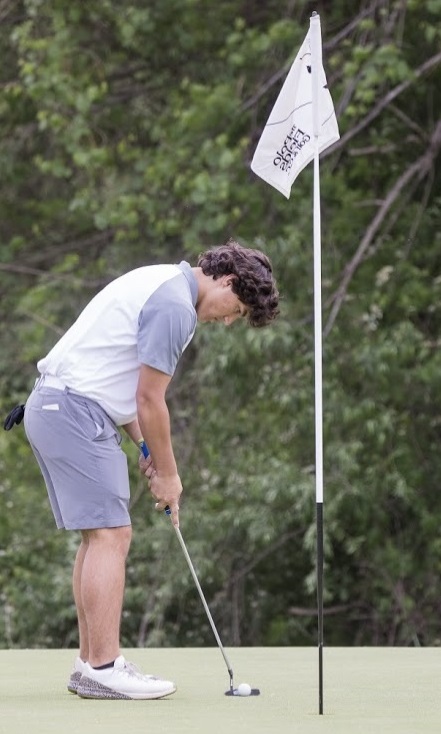 “It was amazing to be a part of the success we had as a team these past few years,” he says. “From being the laughing stock of the SEC to being at the top of it in just a couple years was awesome to see. It felt good to just prove people wrong. Everyone who contributed to the team put in that effort and hard work in the summertime and the off season. So to get that playoff win felt absolutely amazing. It was a very surreal experience, and I shared so many memories with my teammates this past year and wouldn’t trade it for anything.”

“Although I was able to play football, I had to make yet another decision on whether or not to play basketball,” he said. “I ultimately decided that I didn’t want to further the injury playing basketball but I still wanted to be involved.”

Coach Rushton asked Koone if he would be interested in being a team manager.

“I couldn’t say no,” he said. “It hurt to not be able to play but I was as close as you could get and looking back on it now I’m super happy with the decision I made. I made so many memories with that team and wouldn’t trade it for anything.”

With his high school career down to months left on the calendar, Koone decided to give golf a try. It was his senior year and the Dreadnaughts had a strong lineup at the first tee. He had never played in a competitive tournament before earning a spot on the varsity golf team this past spring.

“Tournament golf is far different than playing with friends on the weekend,” he says. “Every shot counts, all rules apply and there are no gimmies.”

Koone slowly moved from competitor to reliable contributor on a team with big goals. He finished 13th at the SEC White Conference Championship and then was part of the team that helped clinch a spot at the state tournament by a single stroke.

But let’s head back to the first tee and talk some golf.

Lucas, 18, the son of Todd and Jennifer Koone, says he always loved playing golf with his buddies and father growing up but never found the time to play competitive golf until his senior year.

“I love to compete and golf was another way I could do that,” he says. “I love that you can play it your whole life and you can play it with anyone. I was fortunate to play with some of my closest friends. And no matter the day, I was always smiling on the course. How could I be mad playing golf every day?”

His first ever high school golf event was at the challenging Detroit Golf Club.

“I’m not going to lie, I was very nervous throughout the match,” he says. “It was nothing like playing for fun with your friends. I really had to think about every shot and where I wanted to put it. My brain was fried from thinking about every shot so closely after those 18 holes. After I got that first tournament out of the way, it was all about relaxing and just playing my game.”

Reaching the state finals was a great accomplishment for the senior-dominated Dreadnaughts.

“I’m really proud of how we did as a team this year,” he said. “We spent just about every day hitting the range and then playing nine. I’m really glad I could be a part of all the success we had on the course.

“Playing in the state finals was the most nervous I’ve ever been playing golf. The atmosphere was just different. So many people were there and although they were not watching me, it felt like everyone was watching. It was very cool to be a part of that experience and I’m glad I got to share it with my friends.”

Written By
Terry Jacoby
More from Terry Jacoby
Mary Eldridge won’t have far to travel to get to the Westside...
Read More