“I am pleased to welcome Tom to our Chelsea State Bank family,” said Chelsea State Bank President and Chief Executive Officer Joanne Rau. “Tom joins our team with outstanding experience in leadership, business development and community involvement. He has devoted his career to helping commercial banking clients and we are so pleased to have him lead our team of experienced bankers.” 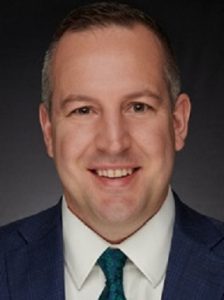 DuMont began his banking career as a Credit Analyst in the Commercial Credit Development Program with NBD/Chase Bank in Southeast Michigan. He later moved into Business Banking as a Relationship Manager serving the Detroit and Lansing markets. In 2006, he joined Citizen’s Bank (now Huntington Bank) in Jackson holding various roles in Commercial Banking and Special Assets.  He also spent several years at Fifth Third Bank as Vice President, Relationship Manager in their Business Banking Group.

A graduate of Michigan State University, DuMont received his Bachelor of Arts in Finance from the Eli Broad School of Business. DuMont currently serves as a member of the Finance Committee of Jackson Lumen Christi High School and trustee of the St. John Elementary School Endowment Trust. He recently served for 10 years as trustee of the Lumen Christi Endowment Trust.  DuMont is an active Rotarian with the Rotary Club of Jackson and mentor with Junior Achievement. 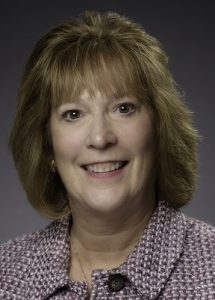 Penney is an active Rotarian with the Chelsea Rotary Club.  She served as President from 2019-2020 and as Treasurer from 2012-2019. She also serves on the Foundation Board and Investment Committee of United Methodist Retirement Community and is a board member of Huron Valley Ambulance.  She is a past officer with the Michigan Bankers Association, Group 9.

Earning her Bachelor of Business Administration from Western Michigan University, Penney also holds her Master of Science in Finance from Walsh College. She and her husband Brian reside in Pinckney.

“I accidently fell into banking right after college and it’s been the most rewarding career,” said Penney.  “I value the knowledge I’ve gained and the long lasting relationships I’ve created. The past 19 years have been a complete joy here at Chelsea State Bank; they supported me working part time while I raised my children and afforded me the opportunity to continue my career goals after my children were in middle school.  My career has come full circle, beginning and ending in Community Banking; it’s an honor to retire from an organization with a strong legacy and commitment to its customers and community.”

“It’s definitely bittersweet to see Mary Lee retire from Chelsea State Bank after 19 successful years of outstanding service and dedication with our Bank,” said Rau. “We will miss her daily presence and leadership, but thankful she will remain on our Board of Directors and continue to provide expert guidance during retirement. We wish Mary Lee and her husband Brian a long and successful retirement as their new adventure begins.”

Chelsea State Bank is a full-service financial institution with offices in Chelsea and Dexter. The Bank was formed over 100 years ago by local business leaders to provide timely financial solutions to individuals, families and businesses in the community. This tradition of community service continues today.  For more information, please call 734.475.1355 or visit www.chelseastate.bank.  Member FDIC.