Like her smooth jump shot, Kayla Rivers is taking a measured and purposeful approach to her senior year as a member of the Dexter girls’ basketball team. The Dreadnaughts have set expectations high – and rightfully so – but Rivers includes some other important items on her to-do list.

“Honestly, it’s my last season of basketball ever, so my biggest hope and goal for myself is to just have fun with it,” she says. “To play loose, but also to play intense and be committed to winning for my teammates.

“My goal for my team is to go as far as we can in tournament play. I think we have a lot of potential to go really far and I’m going to do my part to get my teammates there.”

Rivers is a 5-foot-6 senior guard and one of many Dexter players who can put the ball in the basket. She knocked down three triples in Thursday’s win over Tecumseh. 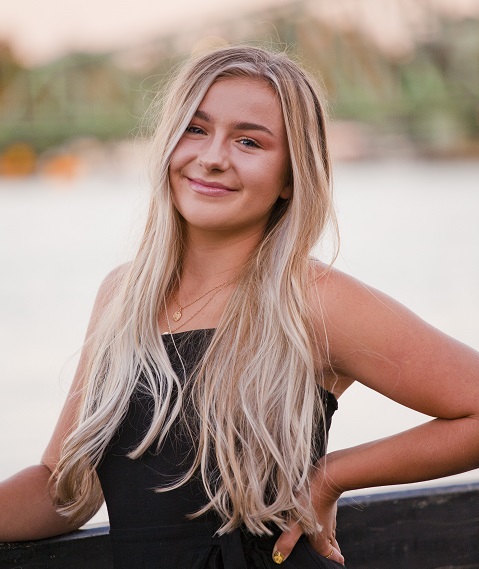 “Kayla is physically strong and a phenomenal shooter,” says Dexter Coach Lauren Thompson. “She runs the floor very well and has beautiful shooting form. She also is not afraid to mix it up and be physical. We look to her to be a consistent scorer and rebounder.”

It’s been a year of change and adjustment and sacrifice – on and off the basketball court. Rivers says the short time frame to get ready for the season “pushed us to stay focused and prepare as much as possible in such little time.”

“We started so late in the season and then contact opened up and I think after like two contact practices in then we started playing,” Rivers said. “Compared to last year we had about a month of just contact practicing before we even had our first game.”

School has also come with challenges.

“In the beginning it was different and difficult,” she says. “It was an adjustment for everyone, but finally once we got into the swing of it, it started to get better. I just really miss the social aspect of school and especially senior year.”

The Dreadnaughts are having a strong season with only a few bumps in the road. The team is getting better and consistency has been a focus as they head down the home stretch of the regular season. They look to build on their strengths as they begin to prepare for the postseason. 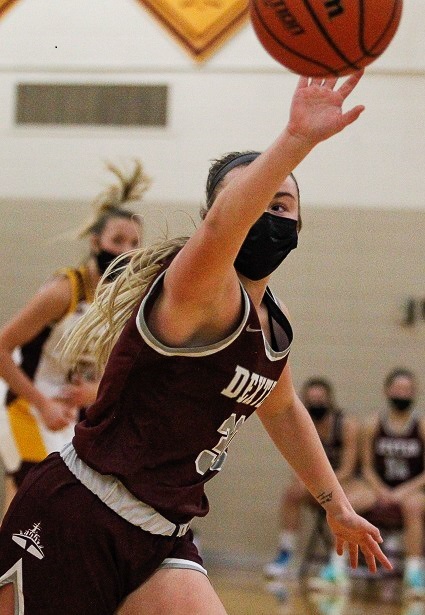 “One of our strengths this year is the majority of our team has played together for so long so we know how everyone plays and we build off of that well,” Rivers says. “This team specifically, compared to any other team I’ve played on, is the closest thing to having a second family. We all have each other’s backs no matter what – unconditional support.”

And the keys to accomplishing their goals?

“Intensity and positive enthusiastic communication from everyone,” says Rivers, one of the team’s leaders. “Our best game is when no one is silent including our bench. We work harder the louder we are.”

Kayla, 18, the daughter Lyn Frasson and Sean Rivers, also has been scoring in the classroom (3.8 GPA) and on the soccer pitch. She has already committed to Siena Heights to play soccer and study nursing.

“I chose Siena because it was the school that fit me best,” she says. “I got direct admit into their nursing program and it’s a smaller college so I can get the 1-on-1 help if needed. I also chose Siena because of the hardworking and successful women’s soccer program! I can’t wait to be a part of their Tribe!”