What a nice way to spend a Saturday.

The Dexter boys’ basketball team hit the road over the weekend and returned with a 47-31 victory over Parma Western on Saturday in a non-league game.

“They’re a very-well coached team that can play,” said Dexter Coach Jason Rushton, whose team also is very-well coached and can play. “Our defense traveled today and we did an unbelievable job on that side of the floor.”

While the offense didn’t explode, it ignited enough to seal the victory.

“We executed well on offense against a team that mixes a lot of different defenses,” Rushton said.

The visiting Dreadnaughts led 13-11 after one quarter and 26-17 at halftime. Dexter outscored Parma Western 10-5 in the third quarter to take a 36-22 lead into the final quarter. 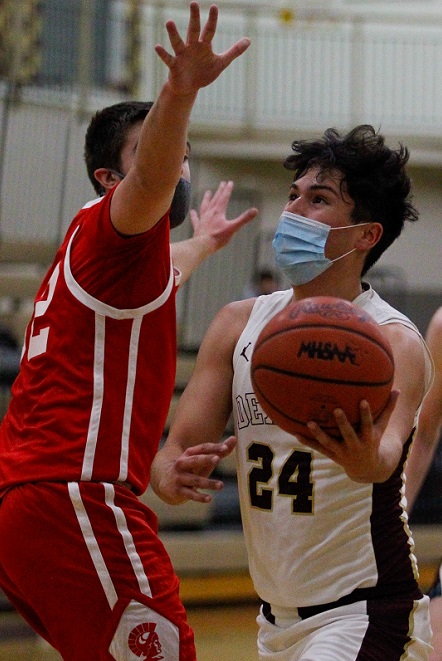 There are many factors for a successful team but every coach in the world will tell you success begins in practice. Teams that are prepared and practice hard have a huge advantage once the ball bounces in a game.

“Andrew Gersh, Cole Arnedt, Cam Bush and Hayden Newton (didn’t play Saturday due to a broken toe in practice) are the reason we are where we are,” Rushton says. “Their ability to improve in practice every day and then what they were able to do on the floor (Saturday) shows the growth of this team.”

Evan Haroldson led Dexter with 10 points and five rebounds. Colin Parachek was solid all over the floor with nine points, 10 rebounds, three assists and two steals.

Sam Sterlitz also came up big inside for the Dreads with eight points and six rebounds, including five on the offensive end. Guard Cal Bavineau had seven points with four assists and three steals.

The game also marked the return of Brennan Parachek, who has been out with an injury. In limited minutes, the sophomore made a big impact with four rebounds and three blocks while playing solid defense.

The Dreadnaughts face a busy week coming up. Dexter hosts SEC rival Pinckney on Monday (March 1), play at Tecumseh on Thursday and then play host to Jackson on Saturday.