Now that’s how you bounce back.

Following Thursday’s rough loss to Pioneer, the Dexter hockey team hit the ice on Saturday at The Vet in Ann Arbor and responded with an 8-0 win over Huron.

It almost a perfect game for the Dreadnaughts, who rang up eight goals, pitched a shutout, went 2 for 2 on the power play and was 2 for 2 killing penalties. They may have even earned a day off – but probably not considering there is a lot of ice time to make up with the delayed start. 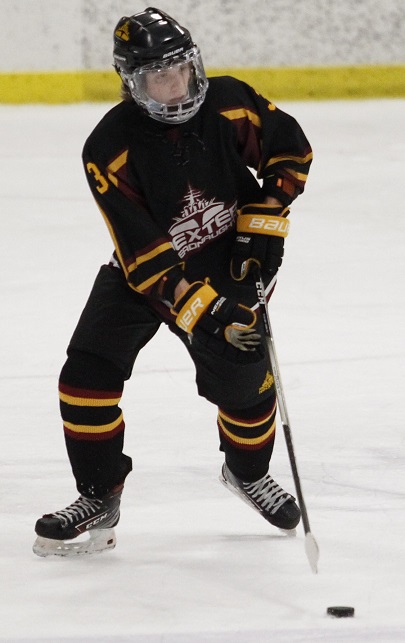 The Dreadnaughts led 5-0 after one period and 7-0 heading into the third period. The game was called at 12:40 of the third after Dexter scored its eighth goal (mercy rule).

Gabe Burke, with assists from Joey Fracassi and Ryan Kniesteadt, put Dexter on the board at 15:30 of the first period. Christian Rapp scored unassisted at 12:36 to make it 2-0.

At 10:40 of the first period, Niko Michos, from Jonathon Rosevelt and Crundwell, made it 3-0.

The Dreadnaughts scored twice in the last 5 minutes of the first period. Shay Ohtonen, from Dylan Hutchison and Rapp, scored to make it 4-0 and Nick Berenson, from Jack Fawcett and Jacob Hofe, made it 5-0 to finish the scoring in the first period.

Hutchison, from Fracassi, ended the scoring and the game in the third period.

Dexter will host Plymouth at noon on Tuesday at the Vet in Ann Arbor.

Written By
Terry Jacoby
More from Terry Jacoby
The Dexter football team kept the pedal down on its impressive drive...
Read More