The games are going to come fast and furious now that the puck has dropped on the 2021 high school hockey season. The Dexter Dreadnaughts fresh off a convincing win the night before arrived at the Ice Cube in Ann Arbor to face a talented Pioneer team.

It might have been the first game of the season for the Pioneers but they already look in midseason as they knocked off the Dreadnaughts 11-1. Dexter led 7-1 after the first period and the game was called after the second period because of the mercy rule.

Pioneer returns 17 players off last year’s outstanding team. The fact many of the players already knew the system and played together last year helped the home team overcome the lack of quality practice time this season.

Elliott Davis made 11 saves to earn the win in net for Pioneer. Dexter goalie Amanda Crundwell was busy all game, making 23 saves.

Liam Schaefer, with assists from Eli Jackel and Andrew Yang, got the Pioneers on the board early in the first period. Adam Karibian, with an assist from Devin McDaniel, made it 2-0 less than 30 seconds later.

Sean Fitzgerald scored on a power play, with assists from Gabe Resnicow and Jack Ceccacci, to push the lead to 3-0. An unassisted goal from Resnicow made it 4-0. 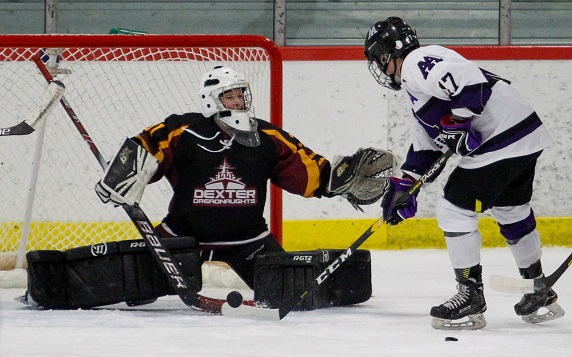 Dexter scored its only goal with 6:22 left in the first period on a goal by Gabe Burke with assists from Joey Fracassi and Luc Chesney.

The Pioneers answered about 2 minutes later when Ethan Kotre scored with assists from Jackel and Tyler Wilkins to make it 5-1.

Pioneer scored a power-play goal from Heath Monsma with assists from Fitzgerald and Elliott Davis to start the second period.

After Dixon scored unassisted, Ceccacci scored his second of the night with assists from Ethan Kotre and Jackel. Junah Whitelocke finished off the scoring for the game. Ben Martin picked up an assist on the goal. 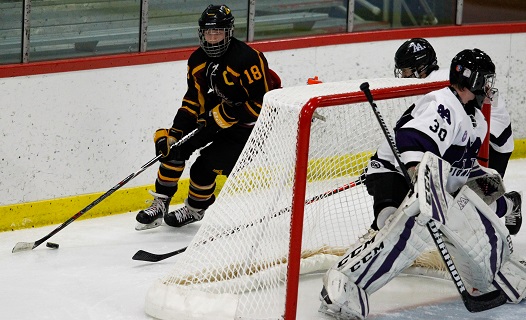 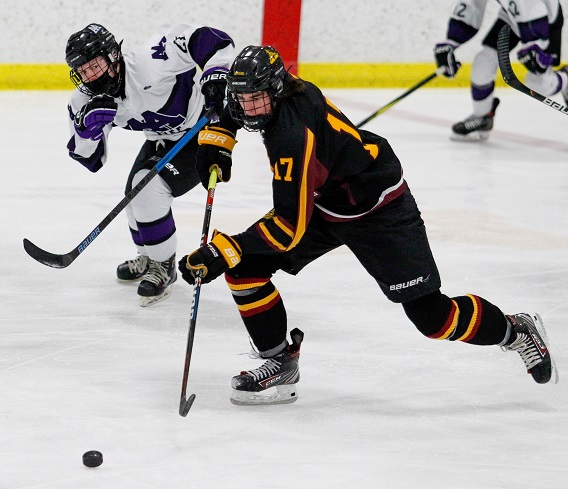 Written By
Terry Jacoby
More from Terry Jacoby
Dexter’s offense continues to put up big numbers but it was the...
Read More