Charlotte Schultz is preparing to take her final lap with the Dexter Dreadnaughts this weekend at the Division 2 Swimming and Diving State Finals in Grand Rapids. It will mark not only the end of a brilliant career, but the end of an incredible run for the Schultz family.

Charlotte, along with sisters Gretchen and Annette, have racked up more state medals than any other family in the successful history of Dexter swimming. The amazing number is at 29 and Charlotte, the defending state champion in the 100-yard backstroke, will more than likely add to that number on Saturday.

Gretchen swam at Michigan State and Annette is currently swimming at the University of Florida after transferring from Louisville. And Charlotte, a senior co-captain this season for the Dreadnaughts, says she owes a lot of her success to her older sisters.

“In both my sisters I admired the drive they had to improve,” Charlotte says. “I would watch their swim meets all the time when they were in high school and it was so fun to see them improve throughout the years.” 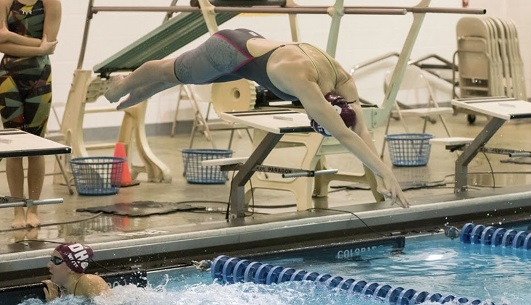 She also admired how both of her sisters made it a point to include everyone in whatever they were doing and stressed the importance of team over individual. “They didn’t want anyone to feel left out,” she says. “I definitely tried my best to do the same because it was great to see how connected the team was when they were in high school.”

Charlotte says Gretchen provided the “fun” while Annette had the ability to “somehow always swim fast.”

Swimming fast was something Charlotte was able to do as soon as she hit the water for the Dreadnaughts. And she credits her sisters for helping her be prepared for competitive swimming at the high school level. 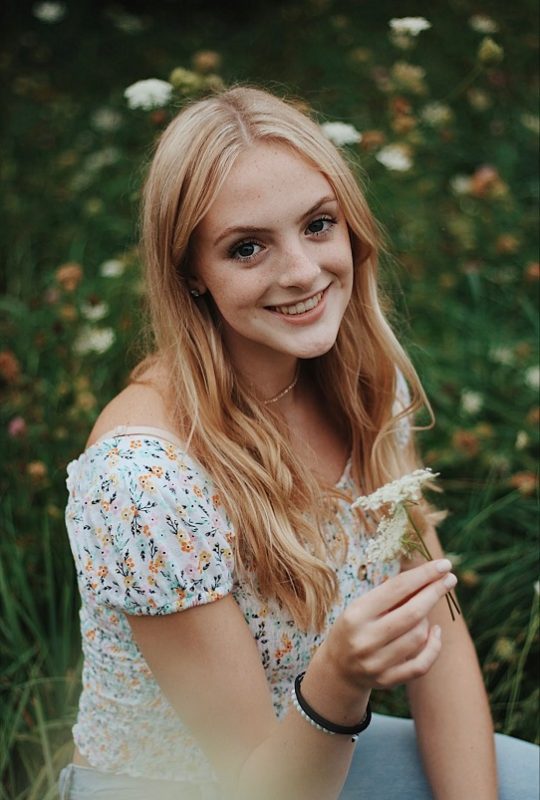 “I feel like I’ve been successful because I have always had my sisters to look up to, and it was always something fun to always try to get better times than they had or to try to race with them at practices,” she says.

Success, though, goes beyond the family tree.

“Another thing that has helped me be successful are all the coaches I have had throughout my swimming career, like Coach Dave and Coach Bergen, who have helped me improve significantly throughout the years,” she says. “My parents have always been very supportive of me and that has also helped me succeed. They always wanted me to swim my fastest.”

Charlotte started swimming at the young age of 5, following her sisters into the water. “At that point, my sisters were also swimming so I probably just wanted to do what they were doing,” she says. “I have always thought that swimming is fun because of how competitive it is so I think that’s what probably kept me going.”

Some of her highlights include both team and individual accomplishments. They include taking second in the state as a team her freshman year, winning the backstroke last year and winning four straight SEC titles. Those are highlights, then there are the memories she will never forget. 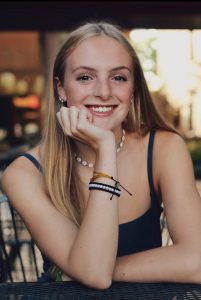 “Some more fun highlights would be the first year our team dressed up as clowns at school for one of the dress-up days, or the day last year where the whole team dressed up as Coach Bergen,” she says. “A highlight of this year would be when Emma Sortor got her state cut in the 100 fly. Everyone had been wanting her to get it and we were all so happy for her. Another highlight this year would be the time trials that we had instead of the state meet because the non-seniors gave the seniors some weird gifts. I got a loaf of bread.”

Charlotte was especially proud of this year’s team.

“I thought the team was great this year,” she says. “We really did the best we could to make it as normal as possible and still include everyone and have fun. Everyone tried to make it funky and fun, even though we could not do some of the same weird traditions we love doing.”

And being captain was “special.”

“Being a captain for this team means that I get to somewhat lead an incredible group of girls but also still be a part of them,” she says. “I feel like I am the type of leader to just try to be available to everyone and also strive to have people think that I am not above them, and I am just like them so that anyone else also feels like they are just as important.”

Charlotte, the daughter of Laura and Tim Schultz, has a 4.09 GPA and is looking forward to the next chapter in her young life.

“As of right now, I plan to go to college and to continue swimming in college,” she says. “But I do not know where exactly yet.”

Written By
Terry Jacoby
More from Terry Jacoby
The email started with this: “My name is Olivia Mellifont, but most...
Read More