Gracie Burns was beaming. She was floating around the turf after her team won the field hockey state championship a few weeks ago looking for someone to hug or high five or just scream with in pure joy. All of the hard work had paid off with the ultimate prize, and like the great teammate she is, Burns wanted to celebrate with other teammates.

“Team 11 has been one of my favorite teams yet,” Burns said a few days after the Dreadnaughts defeated Pioneer in that championship game. “I love this team and it’s sad to of known that this was my last year with the 2021 graduating class. The seniors really made this team special with all of their hard work, high expectations, and heart.”

The state championship game was an intense matchup featuring teams that only played against each other once in the regular season, but are quite familiar with one another. They met in last year’s state finals in Chelsea with Dexter beating Pioneer for the program’s first Division 1 state title.

The Pioneers were looking for revenge and Dexter knew it wasn’t going to be easy.

“Luckily, when Abby Tamer was able to score the first goal, it took some wind out of Pioneer and had us in the lead,” Burns said. “But NO stopping there, she got the goal and the first thing we said was, ‘let’s get another one!’” 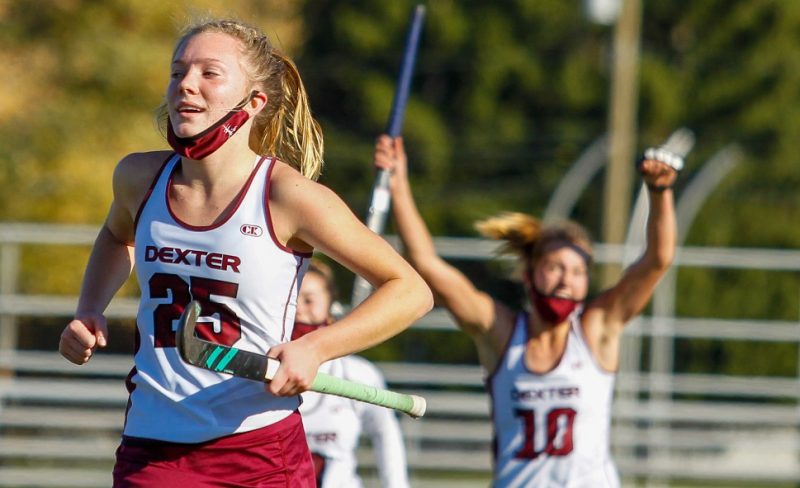 They did exactly that, and the “another goal” came off of Burns’ stick.

“After keeping the pressure on and having a strong backfield presence, Abby and I were able to work together and score another, for a 2-0 lead,” Burns said. “We then focused on keeping the pressure on and our defense. Continuing throughout the game, we had some amazing plays that kept us up, like Kylee Niswonger’s defensive save in the second half! On top of that, we had some aggressive defensive corners, allowing us to hold Pioneer off. In goal, Hannah Baldwin, and on defense Rachel Gasell, Kylee Niswonger, Abby Tamer and myself as the defensive fly. To finish the game we held strong and worked together to win 2-1.”

After winning the state title last year, the Dreadnaughts had some work to do and key players to replace – including the entire defense. But great programs carry on and Dexter field hockey is without question a great program.

Burns, only a junior, is already thinking about next season and a possible three-peat. But they will again have plenty of work to do and key players to replace.

“When we lost Claire Vaughn, Erin Baldwin and Maggie Jones we didn’t know how we were going to replace them,” Burns said. “But the culture of the program was able to allow talented athletes to step up and help lead us to a 13-0-1 season. I believe we can achieve anything we want to work hard for.” 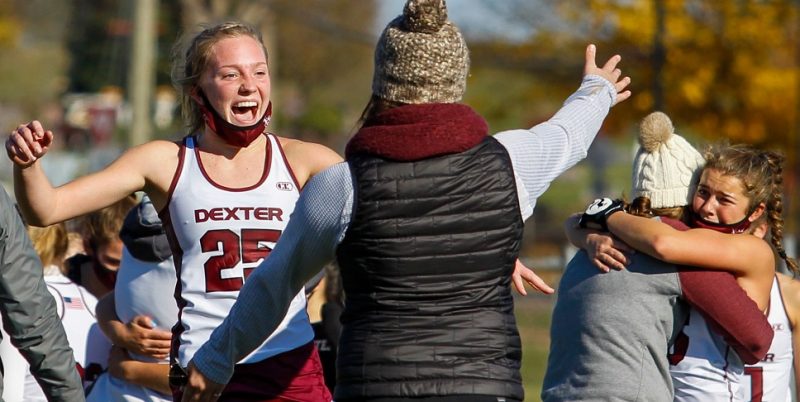 And that last sentence is why Dexter field hockey is a great program.

“The character and the culture of a program all the way down to my third-grade coaches, both Coach Chris and Nikki Calloway, is why Dexter is so successful,” Burns said.

It was an amazing season for an amazing athlete. A forward, Burns had seven goals and four assists during the regular season and scored one goal in the playoffs – but it was a pretty big goal and turned out to be the game-winning goal. She was named First Team All-SEC, First Team Division 1 and All-State honorable mention.

Yeah, and she’s only a junior.

Burns certainly comes from an athletic family. Her mom, Paula Palmer Burns, graduated from DHS in 1993 and played volleyball from the seventh grade on for Dexter. She started coaching Dexter Volleyball Club in the summer of 1994 and became the freshman volleyball coach at Dexter High School for the first freshman team in the fall of 1996 and has been coaching club volleyball and running volleyball summer camps since 2014. 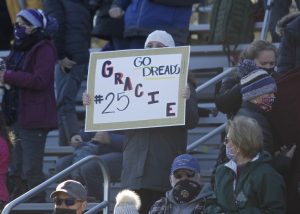 So it was only natural that Grace started playing … field hockey. And she can blame (credit) her mom for that.

“My mom never failed to keep us busy when we were young and one day she sent me to a Dexter field hockey camp because she loved and knew the coaching staff,” Burns remembers. “I just grew a passion for this sport. The adrenaline and fast pace of the game was like no other feeling.”

Burns also plays for the nationally-ranked Pinnacle field hockey club out of Ann Arbor, a program that features many of the top high school players in the area. Their U-16 Pinnacle team was ranked second in the nation.

“The club draws talented athletes due to the leadership of Coach Nancy Cox, the former Michigan field hockey coach,” Burns said. “It’s fast paced, intense and every single player there is giving 110 percent and nothing less. That is what makes Pinnacle the pinnacle.”

Gracie, the daughter of Paula Palmer Burns and Josh Burns, has many interests outside of field hockey. She plays the trumpet in marching and concert band, runs track and is a member of the Dexter UMC Youth Choir, The Edge Youth Group and also coaches DCE Youth Field Hockey.

She also has her future mapped out with a stop in Lansing to begin her journey. She will be attending Michigan State University in 2022 to further her academics and field hockey career.

“This was my top choice because of the coaching staff and how close it was to home,” she said.

But there is one more state title to chase before she heads to Spartan country. So, as she says, there is plenty of hard work to do yet to accomplish that. 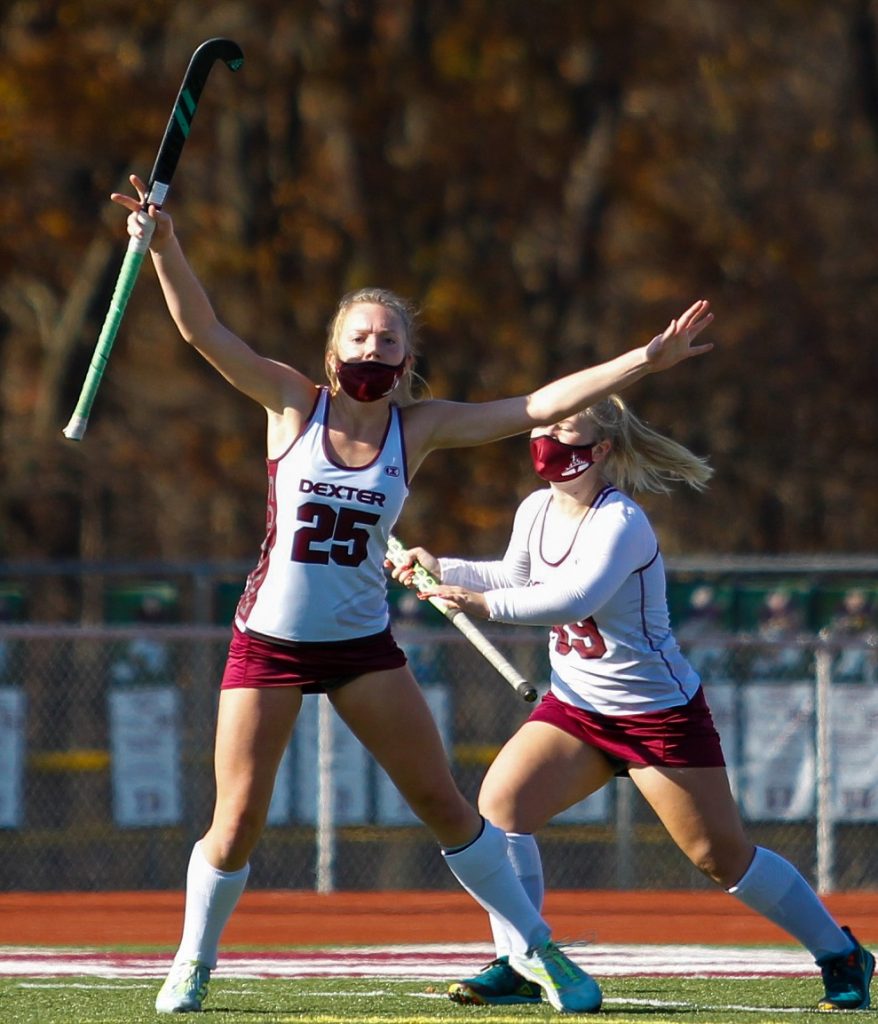