When Conor Kolka was in seventh grade, his mother approached him and asked him which sport he would like to pursue. He didn’t run away from the question. In fact, he choose cross country as his sport and has been running ever since.

“I had to pick a sport and that’s the one I chose to do,” says Kolka, a key member of the Dexter varsity cross country team. “I like the fact that the sport is so physically challenging, but also mentally challenging to compete at a high level and that there’s no judgment in the sport because time is time and you have nothing to hide.”

Let’s take a few steps back and talk about the “mentally challenging” part of running, something not everyone considers when watching a race.

“Running is more than just a physical sport,” says Kolka. “You have to be mentally strong to compete and push yourself to run for that long and fast.”

Before a race, Kolka plots a strategy, mapping it out in his mind how the course looks and what he should be focused on during the race. 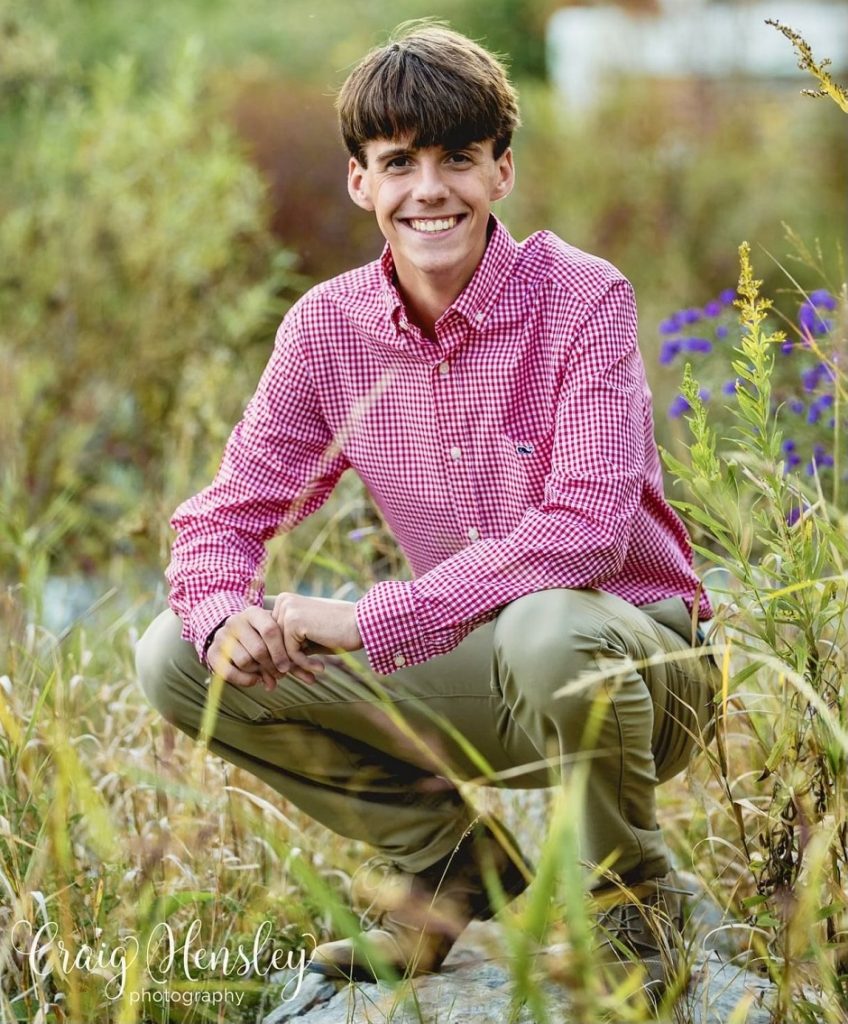 This helps me get a bearing on what I should be doing in the race and just to focus for the meet,” he says. “During the race I focus on getting the guy in front of me and just keep moving forward. But also trying to create a gap between me and the people behind me and how I can make that bigger.

“When the gun goes off, I just think of getting out fast and not getting swallowed up by the mass of people in the start because I know it will be a harder battle to get to where I need to be.”

Where he needs to be is where he usually ends up. The senior has had a strong season in helping lead Dexter back to the MHSAA Division 1 State Finals on Friday at MIS. He has finished first overall in two races this season and second four times for the Dreadnaughts. He placed fifth at the SEC Championships on Oct. 17 with a time of 16:12.3 and was fourth at the Pre-Regional (16:15.1).
He saved his best for his second to last race by taking fourth at Saturday’s Regional at Willow Metropark with a PR time of 15:53.9.

The Dreadnaughts finished second overall at the Regional to qualify for Friday’s State Finals.

Kolka has stood on this starting line before, helping Dexter cross the finish line in second place in the state last season. As a junior, he finished in 53rd place overall at the state finals with a time of 16:33.5 and was the Dreadnaughts’ fifth-place runner. Along with Nathan Gariepy, Kolka was the only underclassmen among Dexter’s seven runners last year.

This year, he finds himself more at the front of the pack, both as a runner and leader. “Our team goal this year was first to make it to states as a whole team,” he said.

“The personality of the team is a fun upbeat kind of attitude but also when it’s time to work we can get to business and hammer it out,” he says. “I would say we get along almost all of the time and if we have problems we fix them and move on from it.”

Conor, the son of Nikki and Jason Kolka, has a twin Jack who plays soccer for the Dreadnaughts. He says school has been going well so far during these challenging times.

With all this success, Conor clearly made the right choice when it came to picking a sport. His future plans for cross country are to compete at the next level in college.

“I want to go out and push myself to be a better runner and person,” he says. “I am not sure where I am going yet, but I plan on studying special education in college.”

But before he runs off to college, he has a few more goals to accomplish, including one on Friday by helping lead the Dreadnaughts in another D-1 State Finals.

Written By
Terry Jacoby
More from Terry Jacoby
After a defensive first half which featured Dexter shutting out visiting Saline...
Read More