It was the second straight year these two programs have met in the state finals with Dexter coming out on top both times. Last year was a 3-0 win, this year was a little closer both in score and drama.

“Pioneer is always strong and know how to play in big games and that showed today,” said Dexter Coach Keely Tamer. “They had us under a ton of pressure right from the get go.”

The game started with some fantastic back-and-forth play. Pioneer earned an early corner but couldn’t convert. Just a few minutes later, Abby Tamer took over and put the Dreadnaughts ahead. The talented senior gained possession near midfield and went right down the middle of the field and fired a perfect shot to put Dexter in front 1-0 with 11:12 still to play in the first quarter.

“That was a big goal,” said Keely Tamer. “Obviously, you can relax a little and it takes some pressure off when you score early and Abby’s goal so early in the game was big for us.” 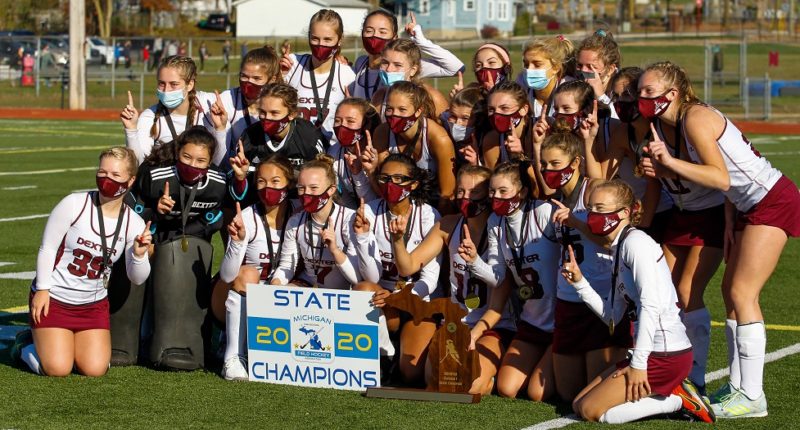 The Dreadnaughts controlled much of the first quarter and almost went up 2-0 when Tamer cut across the field and rifled a shot off the post that could be heard all the way down Baker Road with 13 seconds left.

Dexter picked up that huge second goal in the second period. Tamer stole the ball and took it along the baseline and fed a perfect pass to the penalty stroke mark. Junior Gracie Burns was in perfect position and one-timed her shot past Pioneer goalie Ella Roberts to make it 2-0 with 4:09 to play until halftime.

After a scoreless third quarter, the teams headed to the final period of the 2020 season and it proved to be quite dramatic and exciting and suspenseful.

But with less than 6 minutes left in the game, Pioneer’s Natalie Millman got the ball in the middle of the field about 15 yards in front of the Dexter goal and let one fly. On the rebound, Pioneer was awarded a penalty stroke after a defensive foul was called on Dexter that prevented what the official ruled was a clear goal. 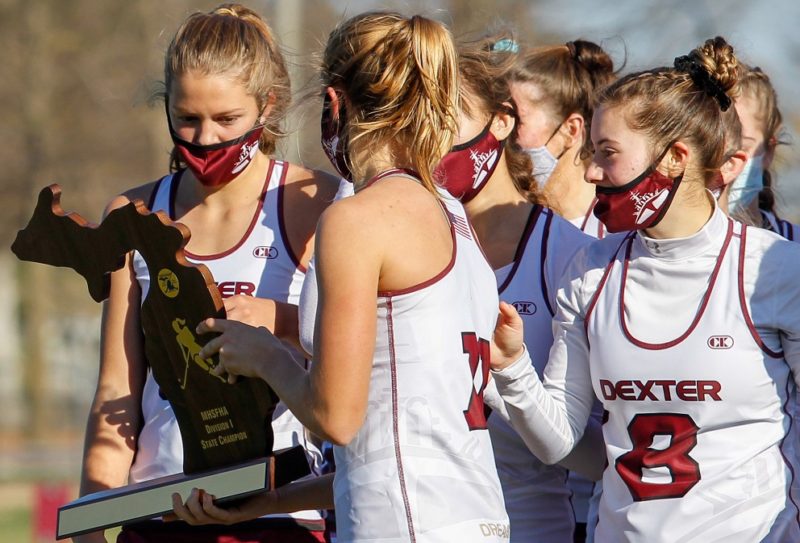 In this case, the ball was behind the Dexter GK and it hit a defender’s foot preventing the ball from going in.

Isa Keen stepped up and delivered a low shot to the left corner that Dexter goalie Hannah Baldwin had no chance on, and just like that, it was a one goal game at 2-1 with 5:24 left to play in the game. 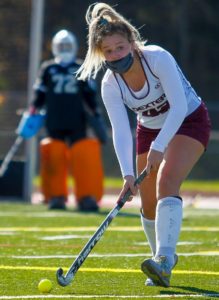 Pioneer’s defense did an excellent job, not only keeping Dexter off the board in the second half but also limiting the number of scoring chances.

Their only non-win was Oct. 5, a 3-3 tie at Skyline. They beat Pioneer 2-1 on Oct. 1 in the only regular-season game between the two programs. 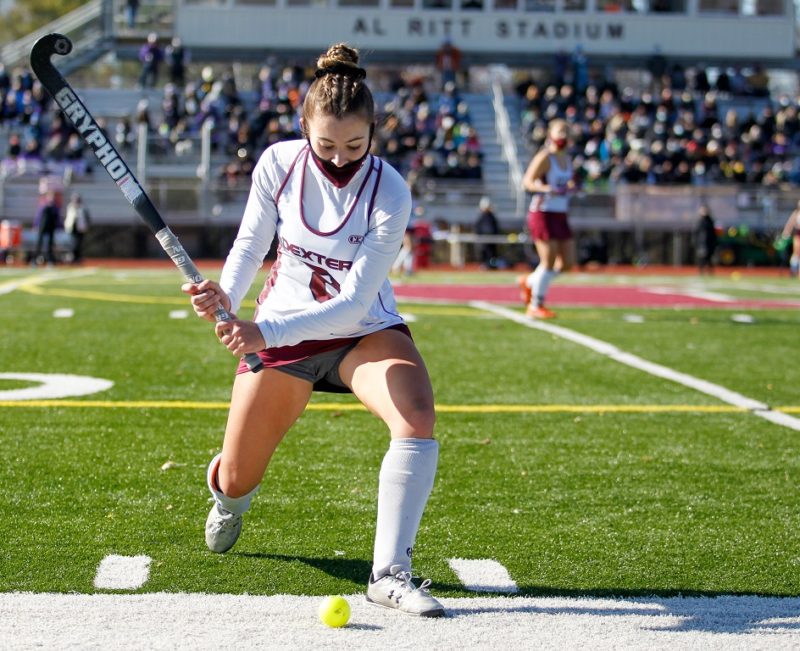 In the postseason, the Dreads beat Marian 4-0 and Saline 5-1 to advance to the championship game.

Pioneer defeated Forest Hills 7-2 in the first round and knocked out rival and defending D-2 champion Skyline 2-1 in the semifinals.

Pioneer went 9-1-1 in the regular season. They lost to Dexter and tied Skyline.

Jacoby: Field hockey teams give fans a fantastic end to a challenging season

Written By
Terry Jacoby
More from Terry Jacoby
Winning a state championship in anything is a monumental task – winning...
Read More