The Dexter boys’ cross country team crossed the finish line in second place on Saturday at the Region 6 cross country race at Willow Metropark in New Boston. The Dreadnaughts will next line up on Friday at the MHSAA State Finals at MIS in Brooklyn.

“Saturday was AWESOME,” said Dexter Coach Nathan Lamb. “We knew Regionals were going to be a grind with some seriously tough competition. Plymouth, Salem and Skyline are great programs with a ton of talent, but we felt that we could control our own destiny with a good race.” 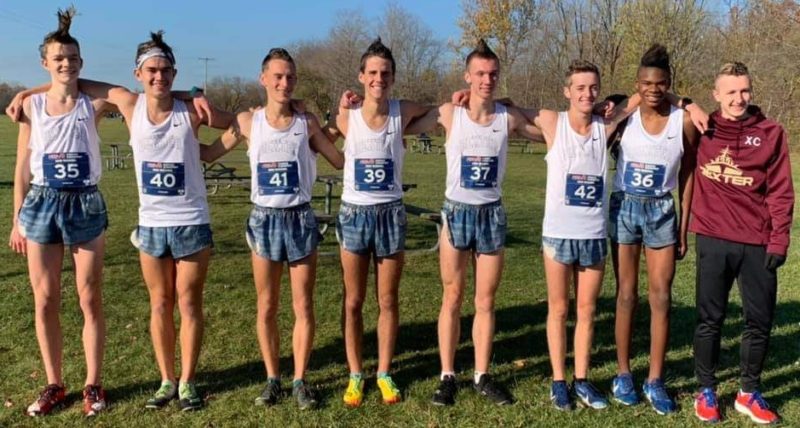 Dexter certainly showed up and saved their best for second to last.

“All seven boys set personal records in that race,” Lamb said. “I’m so proud of these boys as they have worked hard each and every week to progress to this point.”

And there is one more race to line up for and there will be even better competition down at MIS.

“We know we’re not done yet and we have one more solid week of training planned with continued growth headed into the State Finals,” Lamb said. “The State Meet will be the biggest field we’ve seen all year with 126 runners in each race and blended results to determine finishes so we’re really focused on running our race, improving on positions, and letting the chips fall where they may.

“The one thing I have absolute confidence in is this group of guys are going to be prepared and ready to bring their very best.”

Speaking of very best, Skyline’s Hobbs Kessler finished first overall. The senior, a favorite to finish first on Friday, won easily with a time of 14:53.3 – Salem’s Talha Syed was a distant second in 15:26.1.

Dexter’s Amanda McGill qualified for the state finals on Saturday with an impressive showing at Regionals. The junior finished ninth overall with a time of 19:44.2.

Written By
Terry Jacoby
More from Terry Jacoby
Dexter traveled to their rival Chelsea for an intense and physical match...
Read More