The email started with this: “My name is Olivia Mellifont, but most people call me Livvy.”

Hi, Livvy. It’s nice to meet you. We want to share your amazing story as a three-sport athlete at Dexter High School and detail your accomplishments, dreams and goals when it comes to not only sports but life.

We’ve heard so many good things about you that we thought it might be good to start with what others have to say about you as an athlete and as a person. So let’s start with a few Dexter coaches who have gotten to know you quite well over the last four years.

And your coaches have plenty to say …

“I’ll start by saying that Livvy holds the record for sliding holes through more pairs of softball pants in a season than anyone,” says DHS varsity softball coach Tim Kimball. “That is an indicator of her tenacity and commitment to do whatever it takes to get the job done.”

Kimball says that Livvy features a “unique combination of skills, intelligence and drive” that make her special. “But being a great athlete is only one measure of Livvy’s value to the team,” says Kimball. “Her added ‘bonus’ is her ability to elevate the play of her teammates. She is someone who sets the bar high with her own efforts, then encouraging and pulling others up to that higher level.” 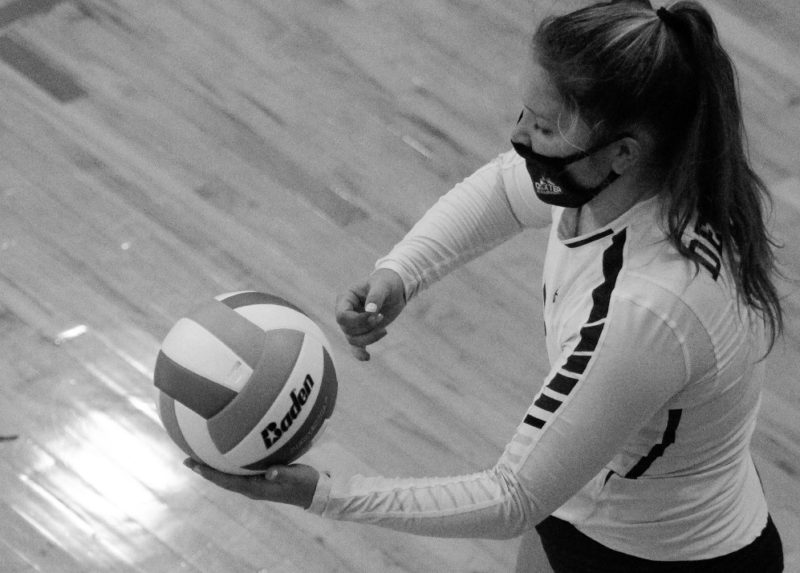 Kimball also enjoys Livvy’s sense of humor and unique ability to have fun while playing hard at the same time. He summed it up so well with this: “Livvy is that player who when you watch them you think, ‘Wow, if I could go back and do it again, I would play like that.’”

Before Livvy gets to the softball diamond in the spring, she will hit the hardwood in the gym. And Dexter varsity girls’ basketball coach Lauren Thompson is glad to have her stopping by to play basketball for the Dreadnaughts. 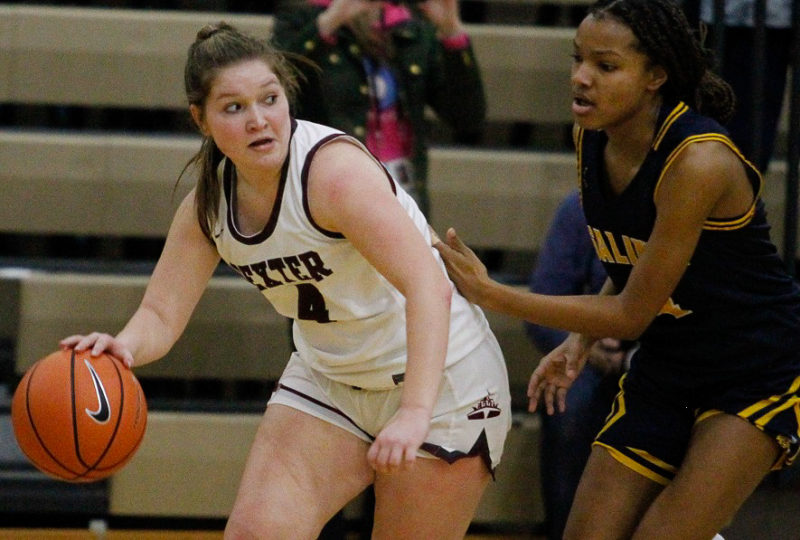 “I have had the honor of coaching Liv since she was in fifth grade and she is an exceptional young woman, leader, student and athlete,” says Thompson. “Her work ethic, grit and mental toughness are second to none. Liv is a lead by example type of leader, and well respected by her coaches and fellow teammates.”

Thompson believes that Livvy will go on and do incredible things after high school but “will be so very sad to see her go.”

Before basketball tips off, Livvy has a few more goals to knock off with the DHS volleyball team. She recently accomplished an amazing record when she reached 1,000 digs in her high school career but her contributions can’t be measured by numbers.

Dig this comment from volleyball assistant coach Paula Palmer Burns: “Her presence and influence will be a constant point of light this program will refer to forever as an example of the perfect student-athlete.”

Yeah, let that soak in for a minute.

DHS head volleyball coach Elizabeth Melvin says Livvy is “the type of player all coaches want on their team and all players aspire to be.”

“At the end of the day, Livvy is the most kind-hearted person who can put a smile on your face when you need it most,” she says. “Who wouldn’t want to be around Livvy Mellifont at all times? I’m honored to have gotten to work with her for the past three seasons and am proud to say that she is one of the best all-around players I have ever coached.”

All of these successful and well-respected coaches don’t throw the word “special” around very often, but it’s certainly a home run, slam dunk and spike when it comes to Olivia “Livvy” Mellifont. 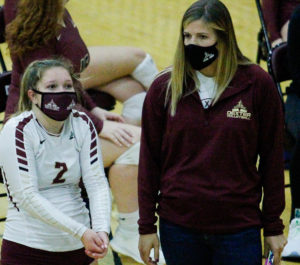 The daughter of Andy and Sarah Mellifont, Livvy is a very busy senior this year. Not only does she play three sports, but she carries a 3.95 GPA, is the vice president of Dexter’s National Honor Society and is a member of Student Council.

How does she manage it all? Well, for one she is extremely dedicated to everything she does. She is organized – one has to be considering her schedule. And if you’ve watched her play volleyball over the last few months, it’s easy to see just how much she enjoys it.
Like Coach Kimball says, Livvy has mastered balancing competitive fire with the pure joy of playing a game.

“I like to keep a positive energy on the court, but try to maintain a competitive environment,” she says. “Although it’s just a sport, this game has done a lot for me. It has given me best friends that I will have for a lifetime. It has taught me life lessons that I couldn’t have learned if I didn’t play. I love every moment of the game, so it is easy for me to give it my all every point.”

Of course, this year has come with different challenges, but Livvy has stepped to the line and faced each one with her typical tenacity and positivity.

“School is definitely different than the previous years,” she says. “I can tell that all of the teachers and the administration are trying really hard to allow us to learn as much as possible. I am really grateful for the opportunity to still learn and to have school be as normal as it can get. 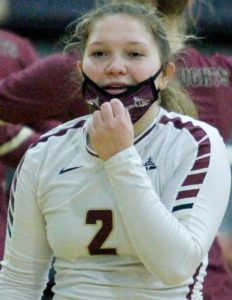 “In the summer, the other seniors and I were very worried we might not even have a volleyball season. As a program, we continued to practice and condition outside to keep in shape with the hope that one day we would get the call to go inside the gym.”

Once they received the green light, it was game on for Livvy and the Dreadnaughts, who have steamrolled their way through their regular-season schedule. They not only won the SEC White Division title with an undefeated record – Livvy’s third league title as a Dreadnaught – but are 16-2 on the season.

“When I think of my team, I think of energy,” Livvy says. “We have a really good bond and always work as a unit instead of individuals. One of our goals was to win the SEC, and we already accomplished that. Our next goal is to win Districts. We have some very good teams in our District, but we will just take it one game at a time.”

Livvy, who was All-SEC last year as a junior, says she makes new goals every day to help her improve as a player. “Every practice I decide one thing to really focus on and try to perfect it,” she says. “My goal at the beginning of the season was to reach 1,000 digs. My season so far, I have felt very accomplished. I have a lot of confidence going into games and I play to win.”

It’s a big number, 1,000 digs, and a big accomplishment. And it’s something Livvy is proud of, but says she couldn’t have achieved it on her own. There were plenty of assists to go with all those digs.

“I am still in shock that I reached such a high number of digs,” she says. “I could have never done it without my teammates who have faith in me, or without my coaches who have pushed me every single day to strive to be the greatest player I can be.”

Livvy also has been playing basketball and softball since she was 4 years old. She is very much looking forward to playing both sports for the last time for Dexter HS. 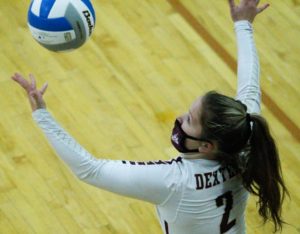 “Last year for basketball we won the SEC and we have a lot of returners this upcoming year so I am very excited for our season,” she says. “For softball, we have come close to winning the SEC every year and hopefully we can do that in the spring.”

Livvy, a two-time All-SEC player in softball, has a tough decision to make after high school. Which sport does she play in college?

But actually, it’s a very easy decision. And when you hear her explain it, it just shows how special this young lady really, truly is.

“I have decided to not continue any of my sports in college,” she says. “I have decided to go into a nursing school to follow in the footsteps of my mother. My goal in life is to help people and I thought this is the best way to do it that also represents me. I am excited for what the future holds.”

If it’s as successful and joyous as your past and your present, how can it be anything less than brilliant.