Every team but one losses its last game of the season, and even though the Dexter soccer team only lost once in 2020, it turned out to be their last game of a great season.

Dexter entered its District semifinal game on Tuesday with Skyline looking to not only win but make a statement. Despite the 2-0 loss, the Dreadnaughts proved they belonged in this game and even out played the Eagles for most of the second half. They just could never kick one onto the scoreboard.

“We made some good adjustments in the second half,” said Dexter Coach Drew Ducker. “I thought we played very well, but couldn’t put the ball in the net.

“Our first half was a struggle. Two unfortunate goals put us in the hole at half. We played poorly overall in the first half I thought, but we had plenty of chances in the second half. It just was not our day.” 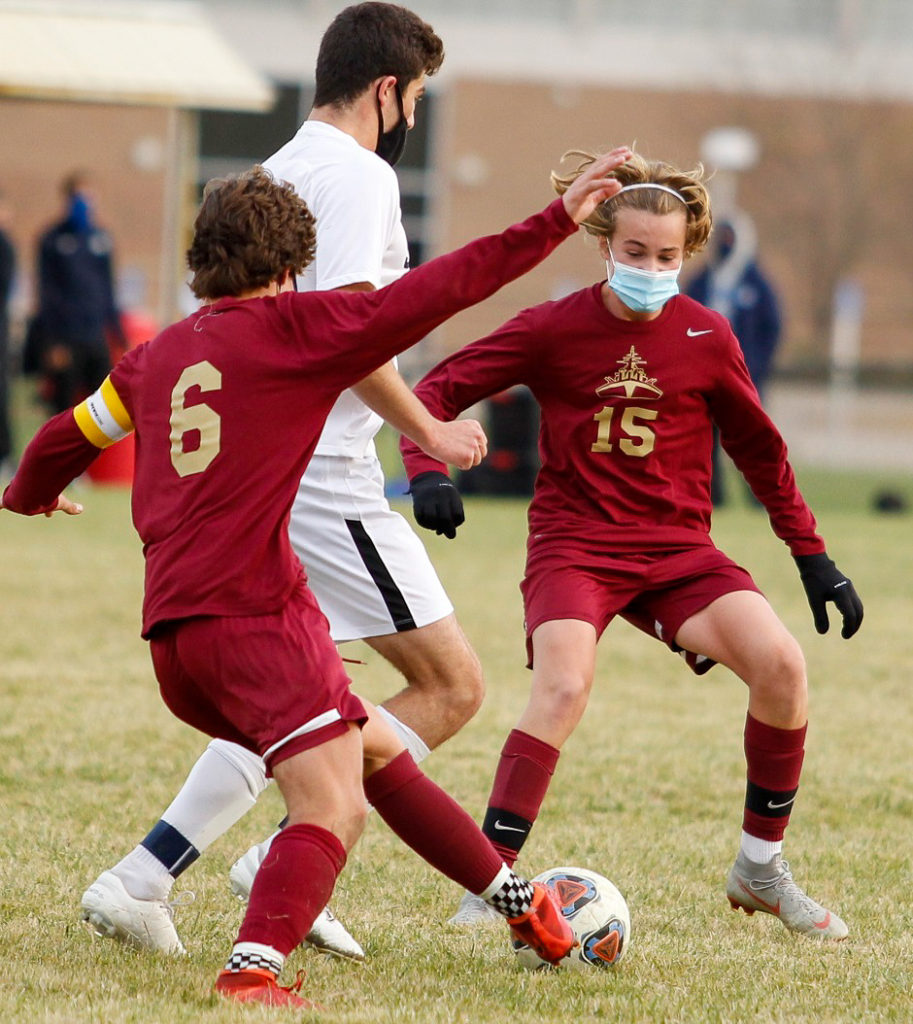 The good news is that it appears it will be Dexter’s “day” soon enough. Still . . .

“It was not the way we wanted to end the year,” Ducker said.

Skyline lost 2-0 to Saline in the District final on Thursday. Saline advanced with a victory over Pioneer in a shootout.

But what a year it was for the Dreadnaughts. Dexter kicked its way through the regular season without a loss and only one tie. The Dreadnaughts once again won the SEC White Division and then defeated Huron 3-1 in a District opener.

“This season was an experience I will never forget,” said Andrew Scherer, a junior captain for the Dreadnaughts. “Skyline was a hard loss for the whole team. We played very poor in the first half and did not work well together. As the first half came to an end, we decided to play a different formation on the field to help deal with some of the good Skyline players.

“We stepped it up in the second half and played really well. We had some chances, but we couldn’t quite finish them. Even though we lost that game I am glad of what we accomplished as a team, and I’m looking forward to next year.”

Scherer was named to the SEC First Team and said he improved as a player and as a leader.

“I became closer with some of my teammates, and I am really happy about that,” he said. “I will never forget this season, as well as the chemistry among our team. I am going to miss the seniors tremendously. I am glad that I am a junior this year and have one more year to try and go really far as a team.”

This experience should only help them travel down this road even further next season.