It’s easy to see just by watching him play. Andrew Scherer is a confident young man on the pitch. He has confidence not only in himself but his teammates as well.

Maybe that’s why he is the center of attention for the Dexter varsity soccer team. A junior captain, Scherer plays center defensive mid and center back for the Dreadnaughts who lost just once this season and won another SEC White Division title.

Dexter finds themselves on center stage, hosting talented Skyline in a District semifinal game that features two of the best teams in the state. The Eagles slugged it out all season with Saline and Pioneer in the SEC Red while the Dreads coasted through a much easier SEC White. Tuesday’s game will help decide if any of that really matters.

What the game will decide – and this really does matter – is which team will face the Saline-Pioneer winner in Thursday’s District final. So, let’s start there with Mr. Center of Attention for the Dreadnaughts.

“If our team remains calm throughout the game, and works hard throughout the whole game, we can most certainly win Districts,” says Scherer, who also played varsity last year as a sophomore. “Our biggest enemy is ourselves. In terms of beating Skyline we know that they have a few really good players, and we need to keep an eye on them throughout the game. They are a really good team, but we think we can match up against them. Whoever wins the Pioneer/Saline game, we know that we will be ready to put up a fight against them.” 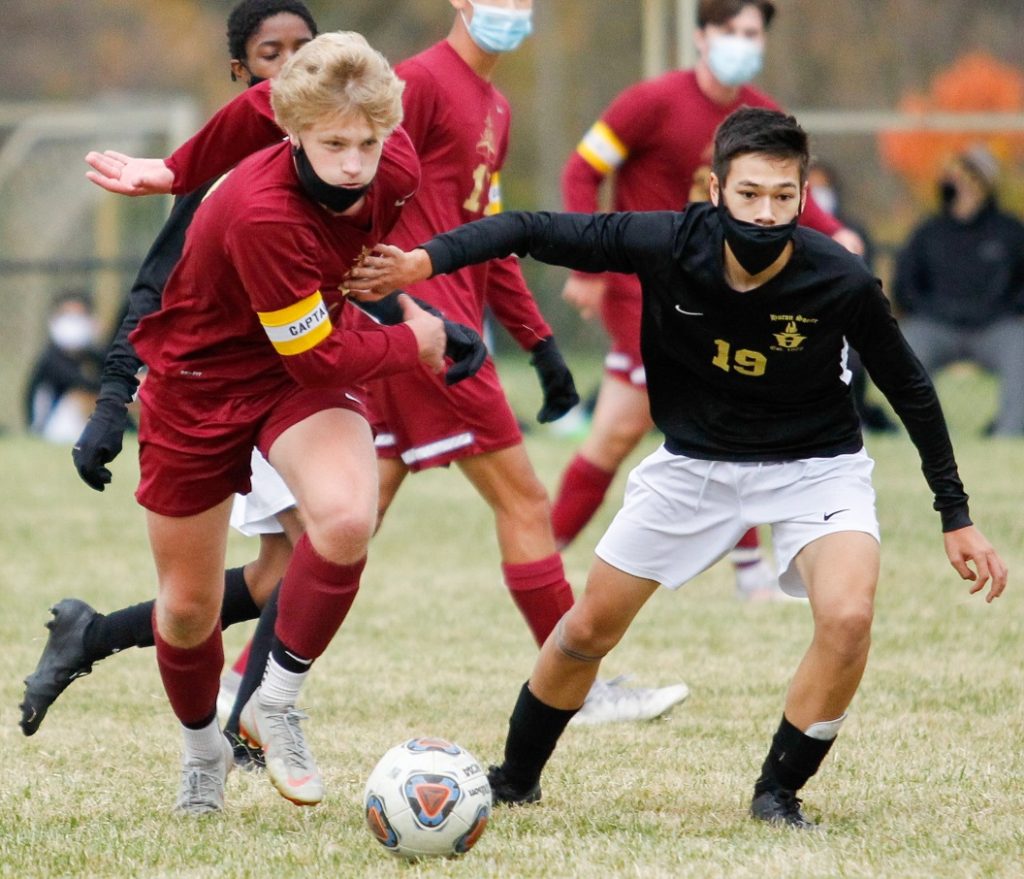 Scherer, who has received a Scholar Athlete Award, All SEC Award, and an All-SEC Honorable Mention in his two years on varsity, is not only confident, but he’s smart. He’s focused on things the Dreadnaughts can control, and concentrating on playing their game – not worrying about the other team and what they can and can’t do.

So, let’s talk more about the Dreadnaughts.

“Our current team has a tremendous amount of talent,” Scherer says. “The team has great chemistry this year, more than any other year so far. The reason for that is because we all know we can make it as far as we want. Due to our team having such good chemistry everyone seems to get along. Our goal for this year is to win Districts and make it to States.”

Scherer played five seasons for the Michigan Tigers but recently switched to Liverpool – the one in Ann Arbor, not England. “Michigan Tigers was a great team with a lot of good competition in our league and the team helped me improve in so many ways,” he said. “It was a really good experience for me. Many kids on the team soon left to go play for a higher competition team, so I knew that it was time for me to switch clubs.” 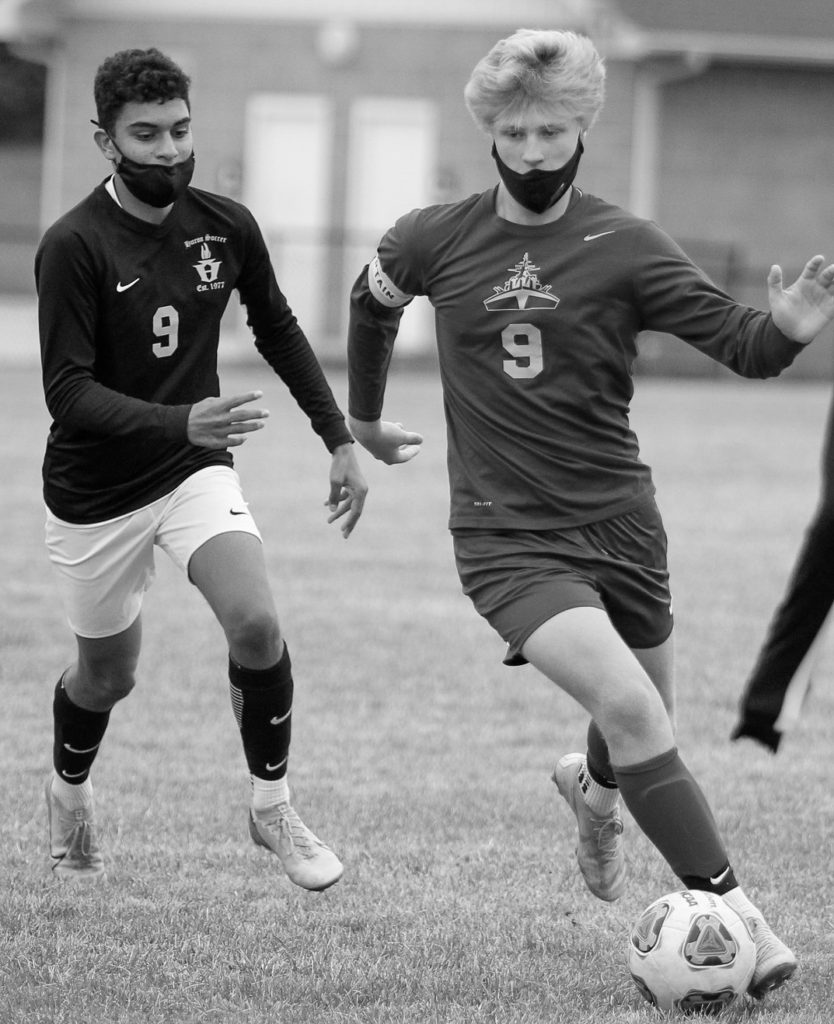 Scherer took to soccer at a young age, getting his kicks in by age 4.

“My mom as a kid introduced me to a lot of sports, but the one that I clicked with the most was soccer,” he says. “I got interested in soccer because I had a lot of fun playing and I was the best at it out of all the sports. Soccer has been a great way for me to make friends that will last forever, and I couldn’t be more thankful.”

The son of Kristin Scherer, Andrew came into his senior year with a 3.5 GPA and takes school very seriously. Although, this year has been a little more challenging – in the classroom and on the pitch.

“School has been going pretty good over online,” he says. “The downside of doing school online is missing all the experiences that occurs when going to school. Missing out on going to school means missing out on being with your friends more often. Due to this pandemic, we are starting to get the hang of online school, but many of us miss the normal when it comes to school.

“The biggest challenge in soccer was adjusting to wearing a mask properly. We all needed to wear a mask and stay safe, so that we would have a season. Everyone has been pretty good when it comes to wearing a mask, and keeping our team as well as the other teams safe.”

Scherer hopes to continue playing the game he loves at the next level. “I want to play soccer in college, but most importantly I want to go to a college that suits me well,” he says. “I am only a junior right now, so I have not picked a college yet, but I am starting to look.”

First things first, though. And first up is Tuesday against Skyline.

Written By
Terry Jacoby
More from Terry Jacoby
Are you ready for some football – playoff football? The local teams...
Read More