The Dexter boys’ soccer team scored in the first few minutes to help score a solid, if not spectacular, 3-1 win in the opening round of Districts over a young but scrappy Huron team on Thursday at Dexter.

Now, it gets much more challenging for the Dreadnaughts.

Dexter, the SEC White Division champions, advances to Tuesday’s semifinal against a very good Skyline team. The Eagles (10-3-1) advanced with an 8-0 win Thursday over Ypsilanti. Pioneer and Saline also won and will meet in the other semifinal game with the finals on Thursday, Oct. 22 at Saline.

“I thought we had a great start to the first half,” said Dexter Coach Drew Ducker. “We talked about pressing high up the field and putting them under pressure right from the start. We were also able to capitalize early in the first half and score off of it.

“Our defending was solid overall, we have been able to keep the ball very well, and we have multiple players this year that can score goals. We are ready for the semifinals this year.” 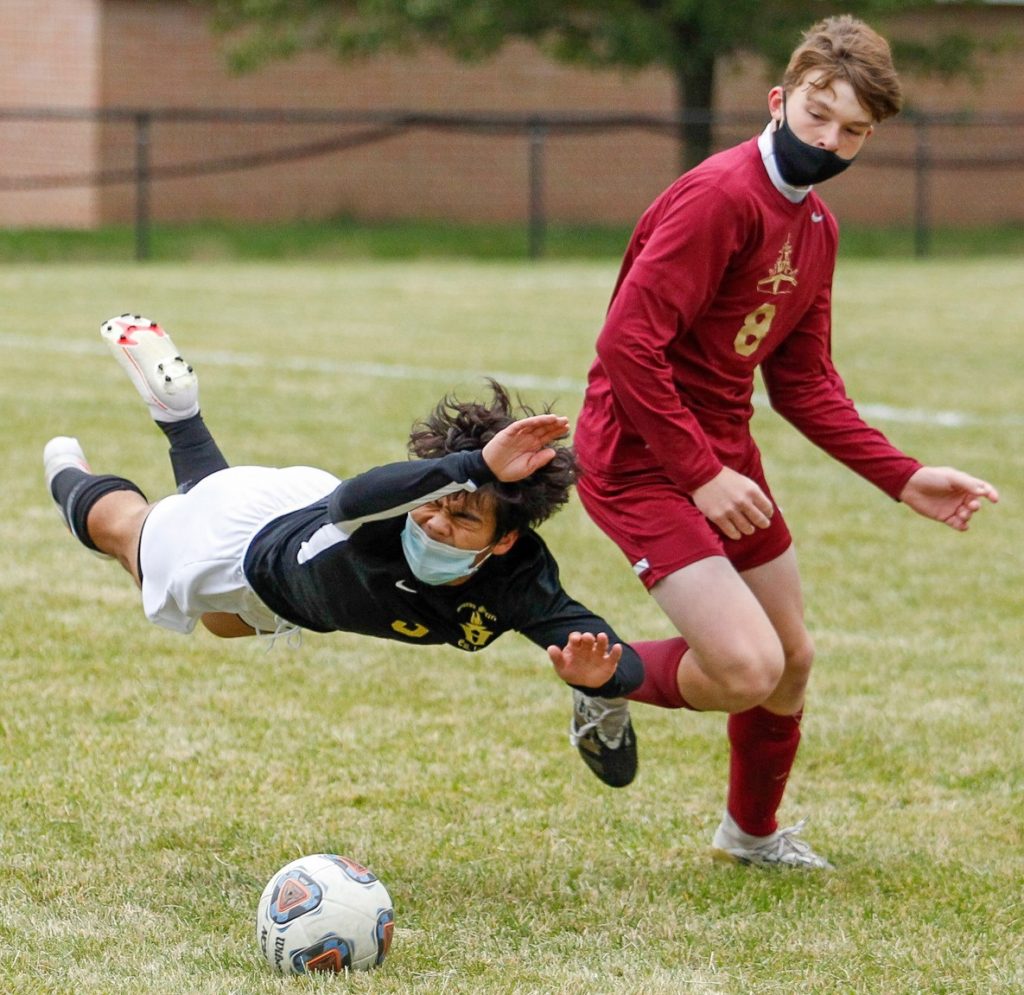 Dexter’s win over Huron didn’t come without a potential high cost. Late in the first half, Dexter sophomore Andrew Gariepy collided with a Huron player and broke his nose. His status for Tuesday has not been decided.

The Dreadnaughts have some depth this season and will still be a tough out in this tournament.

Dexter scored first when AJ Gordon got behind the Huron defense and slid a nice ball past Huron keeper Drew Hawley to make it 1-0 with 38:28 left in the first half. Talented freshman JP Assenmacher earned the assist on Gordon’s goal.

Dexter had a chance to make it 2-0 on a penalty kick, but Hawley came up with a huge save on a shot off the foot of Dexter’s Will Palazzolo at 28:50 of the first half. 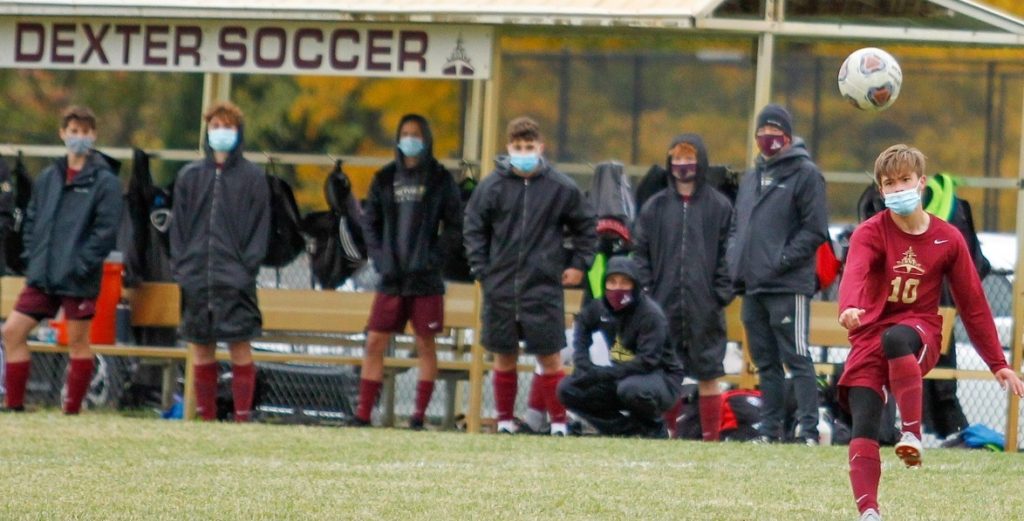 The Dreads would soon get that goal. After a few corner kicks where they tried to play small ball and use a short pass, Dexter decided to use the traditional approach and it paid off. A corner kick by Jack Kolka deflected off a Huron player and into the net – it was very nice corner and not a fluke goal.

Kolka proved it was no fluke by doing it again. The senior delivered a perfect, bending ball that curved into the back of the net to make it 3-0 with 20:42 left in the half and the Dreads appeared to be on their way to a big win.

But that turned out to be the final Dexter goal of the night.

The River Rats scored a second half goal to make it 3-1 and the Dreadnaughts missed on a few good chances but the Dexter defense kept the visitors off the board the rest of the way.

Written By
Terry Jacoby
More from Terry Jacoby
It was a three-team race at the head of the pack during...
Read More