From a Cannon Zoom EF 70-200mm lens, everything appeared normal. The players in blue were hitting the players in white and the opposite also was true. It was true high school football.

But when you pulled the lens back – maybe switching to a wide-lens fisheye – everything looked a little off. Something was clearly missing and when you added everything up the missing piece became in focus.

Chelsea hosted Dexter on Friday night – a 6 p.m. start for some reason – in a high school football opener. A rivalry match right off the get-go after missing several weeks because of MHSAA restrictions. The intensity one would expect from these two teams was evident from the opening snap to the final whistle.

Both teams played hard. They made big plays and celebrated big plays. They hit, ran, passed, caught and tackled – all that good stuff that comes with football. Sure there was some rust and more mistakes then either coach would like to see but it’s certainly expected because of limited practice time.

And when Pioneer plays at Skyline this Friday in their season opener – they held off starting a week for some reason – both teams will experience the same results. Good. Bad. Things to work on. Things to build on. Things to celebrate, at least for one team. 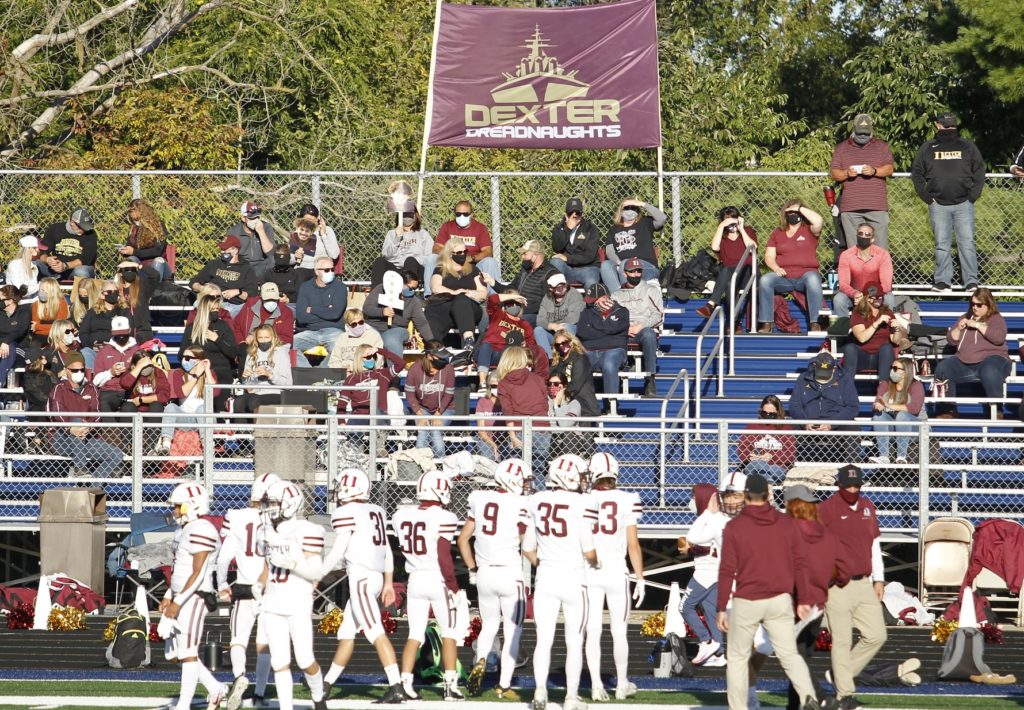 While it looked like a typical high school football game it certainly wasn’t because the students were not in the stands. Dexter’s student section is loud and legendary for the creative and energetic support they bring to football games. Chelsea’s students do a pretty good job of keeping up with the Dreadnaughts.

And the same is true in Ann Arbor. Pioneer and Skyline know how to bring the noise, emotion and spirit. Their back and forth is just as exciting as the back and forth on the field.

Parents are allowed to attend high school football games. Dexter’s fans went in through one gate while Chelsea’s walked through another and names were checked off a list. It was smooth and orderly and certainly appreciated – most parents were thrilled their kids were allowed to play football this season.

And they made some noise. And so did the cheerleaders on both sides of the field who did a great job representing the spirit of the student body.

But not having the students in the stands created a different kind of atmosphere. It was like having a hot fudge sundae without the fudge or watching Seinfeld without Kramer or getting all of U2’s autographs except Bono’s.

Students, you were missed. But it’s about being safe and having to watch on a livestream is the safer choice at the moment. High school football is back and for a few hours on Friday night it showed how good normal can be – even without the hot fudge.