The Dreadnaughts just couldn’t get out of dry dock.

Dexter opened the 2020 football season on the road against rival Chelsea on Friday evening and the Bulldogs took the bite out of the game fairly early as they built a 21-0 lead early in the second quarter and won 35-12 for the 25th consecutive victory over Dexter.

The last time the Dreadnaughts defeated the Bulldogs was a 16-5 win in 1995. They have played them close several times over the last few seasons, including last year’s 22-17 heartbreaking loss.

This one was close – kind of.

Dexter went into halftime down 21-6 but were still very much in the game. But the more experienced Bulldogs didn’t give the Dreadnaughts a chance to build any confidence or momentum. They seemed to have an answer for everything Dexter threw at them.

And they threw at them often. Prized senior quarterback Colin Parachek has a great arm and an ability to avoid the rush and create big plays. While he made some plays – he passed and ran for scores in the loss – Chelsea’s defense made more than enough plays to slow down the Dreads and stay one step ahead. 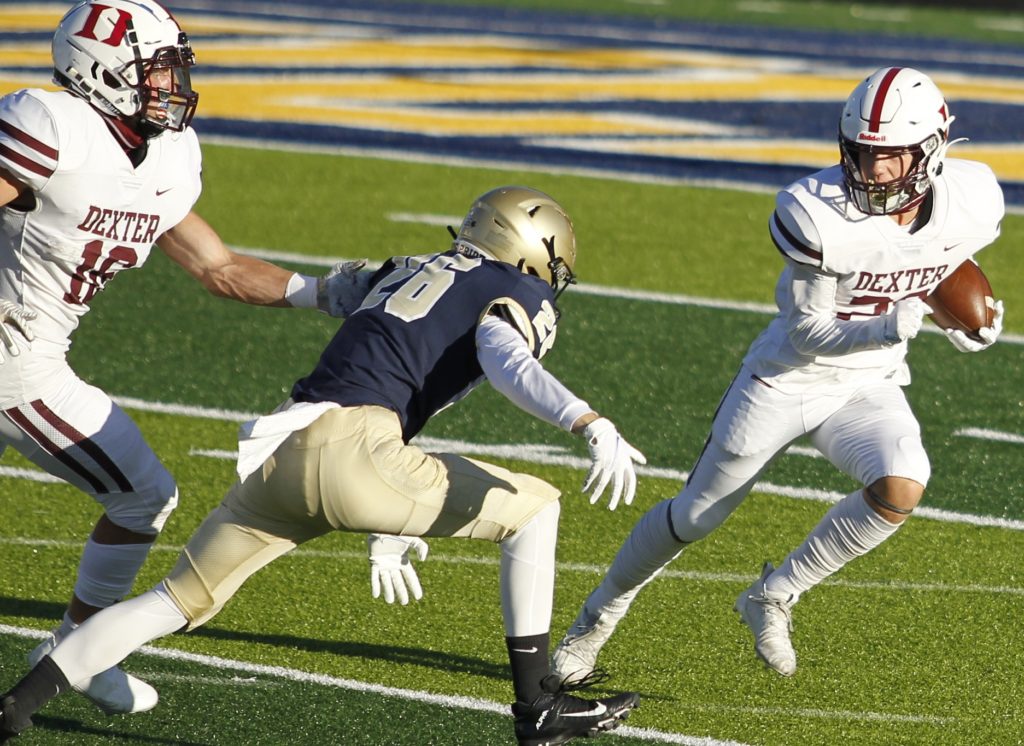 One big mistake for Dexter came early in the game. Parachek had completed a big pass to set up the Dreads at the Chelsea 20-yard line. But an illegal block wiped out the play and pushed Dexter back to its own 35-yard line.

Chelsea scored on its first drive of the game. A 35-yard pass from Chelsea QB Griffen Murphy to Joe Taylor set the ball up at the Dexter 1-yard line and Cole Munson took it the final three feet for a 7-0 lead.

The teams then traded turnovers. Parachek was picked off in the middle of the field but Dexter’s Joey Fracassi recovered a fumble to get the ball back at their own 16-yard line.

Dexter then failed to convert a third-and-one and were forced to punt. 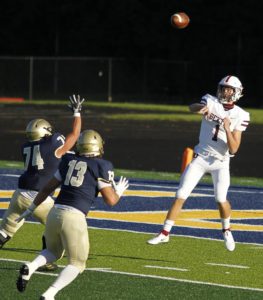 A 40-yard pass from Murphy to Taylor gave Chelsea a 14-0 lead with 14.4 seconds left in the first quarter.

After Dexter went three and out, Chelsea blocked a punt and got the ball at the 1-yard line. Murphy busted in on the first play to make it 21-0 with 10:59 left in the second quarter.

Dexter answered with a solid drive down the field after a nice kick return by Cal Bavineau put the ball at midfield. Parachek tossed a 5-yard TD pass to Evan Krolewski to put the Dreadnaughts on the board. Dexter failed on a two-point conversion but had cut the lead to 21-6 with 7:41 to play.

Chelsea missed a long field goal as time ran out in the first half.

The score was 28-12 when the Bulldogs put the game away. Munson ran eight yards to push the lead to 35-12 late in the third quarter to give the home team a 35-12 lead.

Dexter heads to Adrian for an SEC game with the Maples on Friday. 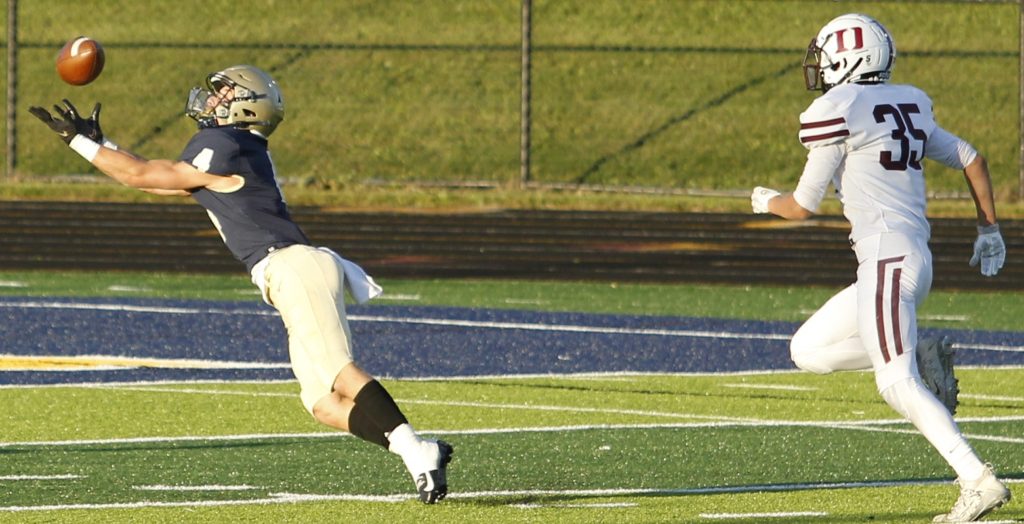