The Dexter High School equestrian team had a wonderful start to a condensed season last weekend at the Wayne County Fairgrounds in Belleville.

Amanda LaRoe showed in all the showmanship classes that they had, and placed well out of tough competition. She also placed well in the saddle classes. She was Dexter’s consistent, and high point rider for the show with 14 points.

Sidney Streetman showed hunt seat and western and was so versatile she even went in the games. She earned many points with a total of 12 and (4 ghost rider) additional points. 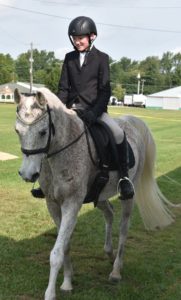 Rookie Hannah Wilford is one of Dexter’s most confident riders despite being so young. She earned Dexter the highest placing with a second in jumping. Nigel Makin, another rookie who will work hard and try anything you ask, made his competition debut and did it wonderfully.

The Dexter team said: “We feel blessed to have our competitions work out. Remember we are Dread Strong!” 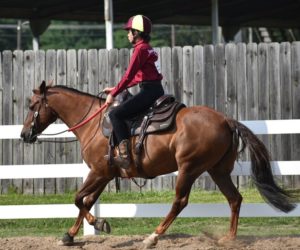 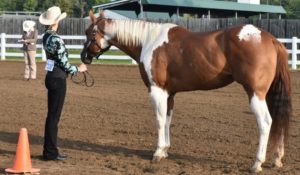 Written By
Terry Jacoby
More from Terry Jacoby
The Dexter swimming and diving team splashed out of the gates with...
Read More