While the champion of Saturday morning’s Division 2 District 8 Competitive Cheer tournament at Trenton was more than likely decided before the first cheer, the battle for the other three top spots was going to be highly competitive.

And with competitiveness, comes heartbreak and the host Trojans suffered the harshest blow of all after finishing in fifth place in an extremely close race with Carleton Airport.

The top four teams qualify for Regionals so finishing top four is the ultimate goal unless you cheer for Carlson – they have higher goals than that.

Dexter made the trip Downriver and the Dreadnaughts had a small team but a huge showing. They certainly did an amazing job representing their school and their top-10 placing showed how impressed the judges were with the Dreads.

Dexter finished ninth overall with 646.84 points, just a few points behind Parma Western for eighth (650.5). The Dreadnaughts opened with 193.9 points, which was only 13th best in the first round. 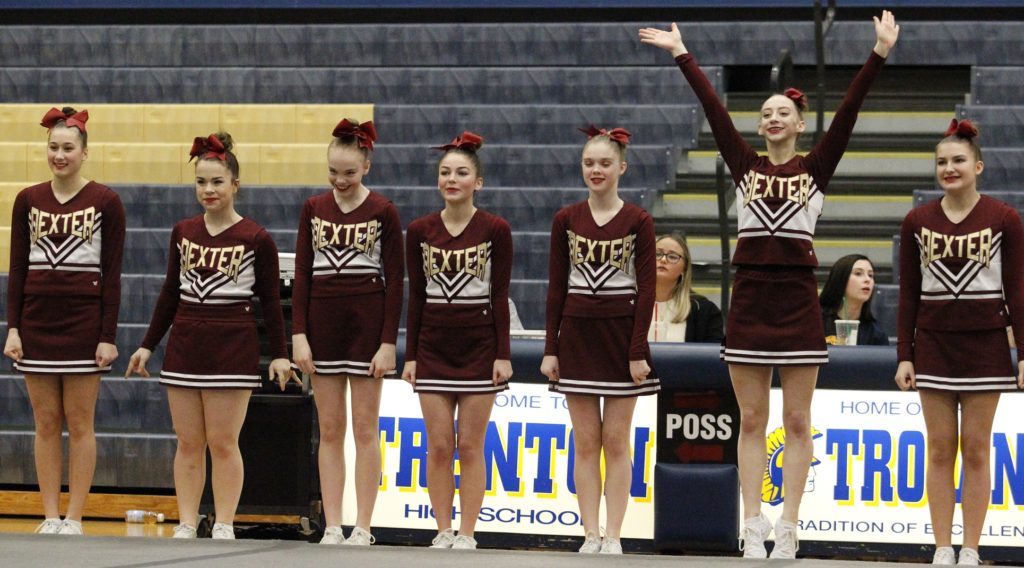 The Jets headed into the final round in fifth with 442.54 total so they needed to make up some ground to reach the top four.

Let’s go back to the top – and for the last few decades that has meant Carlson. The Marauders came out smoking, taking the lead after the first round with 237 points and they never looked back. Carlson scored 231.24 in round two and headed into the final round with a comfortable lead with 468.24 points.

The Marauders scored a round-three best with 318.2 to finish with a first-place score of 786.44 points.

Written By
Terry Jacoby
More from Terry Jacoby
The Dexter Knights of Columbus will host their annual and extremely popular...
Read More