Ryan Trinkle’s senior season didn’t get off to the start that he wanted because of injuries. He had a knee injury at the beginning of the season and then hurt his foot halfway through the year and missed multiple games.

But now that he is back healthy, Trinkle has begun to make an impact for the Dreadnaughts, who have won four games in a row.

Before Trinkle attended Dexter, he started playing basketball at a young age, first on a rec and ed team and later in the AAU circuit. Trinkle mentioned that he was coached by teammate Bobby Pnacek’s father from when he started playing until the end of eighth grade. He played alongside current teammates Pnacek, Kellen Porter, and Dane Wiegers.

Now that Trinkle is a senior, he’s trying to make the most out of this season despite dealing with injuries.

“I came back from a couple injuries to start the season and I’ve been trying to be more aggressive lately,” he said. “I’ve been attacking the rim and taking threes if they’re open. Seeing the ball go through the hoop really helps.” 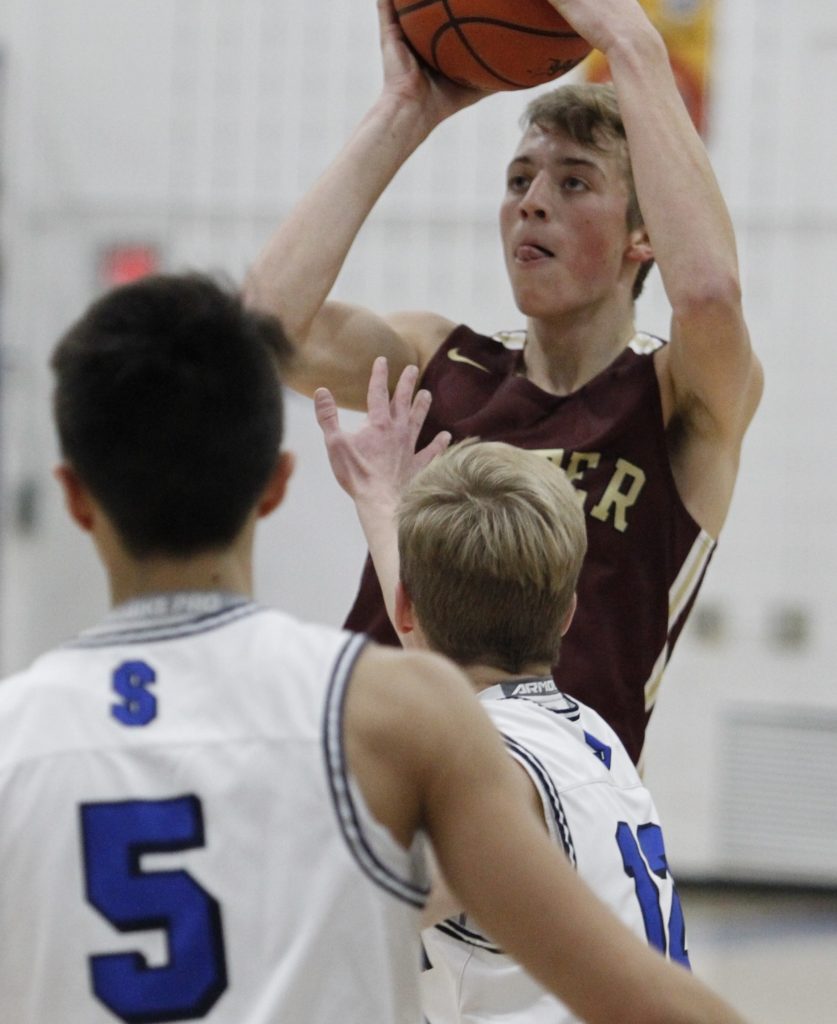 After returning from the foot injury about a month ago, Trinkle has seen an increase in playing time in recent games. In Dexter’s 61-49 victory over Adrian last Friday, he scored 13 points, including five points in the second and fourth quarters. He also knocked down a pair of free throws in the final minute to extend the lead to double digits.

“He’s a guy that we know what he is capable of,” said Dexter Coach Jason Rushton. “We saw it all summer and we’ve seen it every day in practice. It’s just a matter of letting the game come to him on the offensive end. He does a great job defending and rebounding for us and he’s starting to knock down big shots for us.”

In the Dreadnaughts’ most recent outing versus Jackson, Trinkle had a big impact as Dexter came back from being down 19-5 at the end of the first quarter. He hit a 3-pointer at the beginning of the second quarter to cut the deficit to 11 points and then later made two free throws to pull within single digits.

The Dreadnaughts went on to win 55-47

“I just started attacking the rim because nothing was falling from deep and I got to the free-throw line a couple times and converted the first time,” he said. “Then we started attacking, landing on two feet, and kicking it out for open shots. Things just started opening up for us as the game went on.” 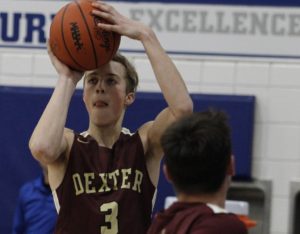 Trinkle and Dexter have six games remaining in the regular season as they currently sit at 9-4.

“I’m expecting to go deep into March,” Trinkle said. “Obviously we want to finish the season on a high note by taking out Lincoln, sweeping Chelsea, and then just trying to go as far as we can in the postseason. I want to see what we can do. We’ll see what happens the rest of the season.”

Written By
Charles Post
More from Charles Post
Sydney Pnacek is a sophomore forward for the Dreadnaughts this year, and...
Read More