Brianna Rodriguez has recently burst onto the scene for the Dexter girls’ basketball team as she averaged 12.5 points per game last week en route to helping her team win two games over Tecumseh and Adrian. Rodriguez, a sophomore  point guard, has been steadily improving and is beginning to make a major impact on the court.

Over the last couple of months, Rodriguez’s playing time has been consistently increasing and with the more time she has on the floor, the better her team has played. In mid January, Rodriguez scored 10 points in a dominant 60-32 home win over Jackson. In that game, she knocked down a 3-pointer in the third quarter and added four points in the fourth quarter.

Less than a week ago, Rodriguez’s impact continued to grow as she scored eight points (five points in the second half) versus Tecumseh, which was tied for second most on the team behind fellow 10th grader Sydney Pnacek. Not only did she score effectively, Rodriguez was also spreading the ball around and playing good perimeter defense. 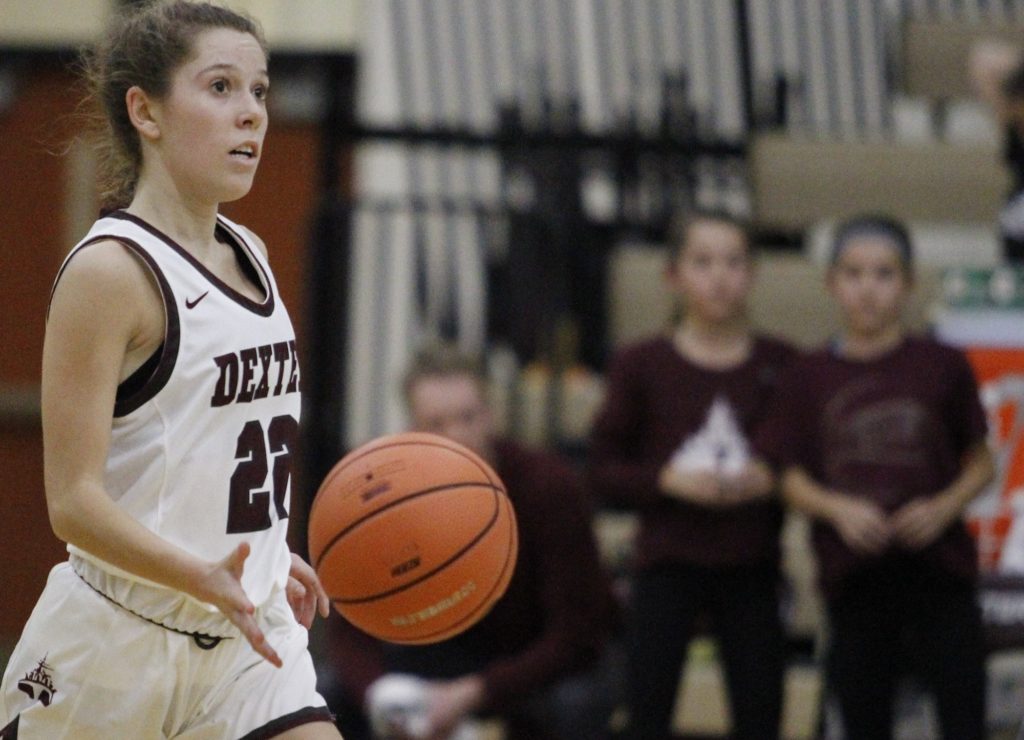 Rodriguez talked about her impact on defense as well as Dexter’s defense as a whole: “We all play good defense and we just always know where we are on the floor. I think we need to keep working on some of our defense but we’re playing really well right now. I think we all look out for each other.”

In the win over Tecumseh, who was 11-2 at the time, Rodriguez also scored a put-back layup with less than a minute to go to help seal a 49-46 victory. Rodriguez’s most recent performance was her best as she compiled 17 points, including six points in the third quarter alone, helping her team defeat Adrian 67-37 and improve their record to 11-3.

“I hit my first shot right off the bat and usually when I hit my first shot, I get into a flow,” she said. “From games like this, we can take away that our defense can be really good. I think our defense on the ball was great, we just have to get a little better off the ball. On offense, I thought our shots were just falling tonight.”

Dexter coach Lauren Thompson had nothing but positive words for her point guard.

“Brianna has really come to life in the last few games and has been scoring a bunch of points for us,” Thompson said. “It’s so exciting to see her play like that. Brianna is always in the right place at the right time on defense and she works really hard. She’s just an all-around player for us.” 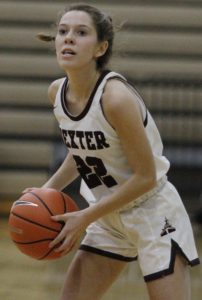 Rodriguez also discussed what her basketball goals are for this season and beyond.

“Our goal is to win districts and keep on going into regionals since we’re hosting it,” she said. “I want to go to college and pursue basketball. I try to work towards that as much as I can and I shoot after practice every day with my dad. It’s important that we keep going and getting better.”

Rodriguez will look to continue her strong play versus Jackson on Tuesday, Feb. 11 on the road. The Dreadnaughts are looking for their third win in a row and their fifth victory in the last six games. Rodriguez has been a steady force recently, and if Dexter hopes to make a run in the postseason, she’ll be a player to keep an eye on going forward.

Written By
Charles Post
More from Charles Post
Sydney Pnacek is a sophomore forward for the Dreadnaughts this year, and...
Read More