After several close losses this past week, and falling a game within .500, Dexter’s season appeared to be at a crossroads. Beating Southeastern Conference rival Chelsea presented the perfect opportunity to get back on track.

All aboard – the Dreadnaughts are back on track.

The host Dreadnaughts were in control from the opening tip to the final buzzer and dominated the Bulldogs in an impressive 58-45 win before a raucous crowd fitting for this rivalry matchup.

“Everyone was loud and rowdy,” said Dexter sophomore point guard Cal Bavineau. “It was a little nerve-racking at first. This was a big-time game.” 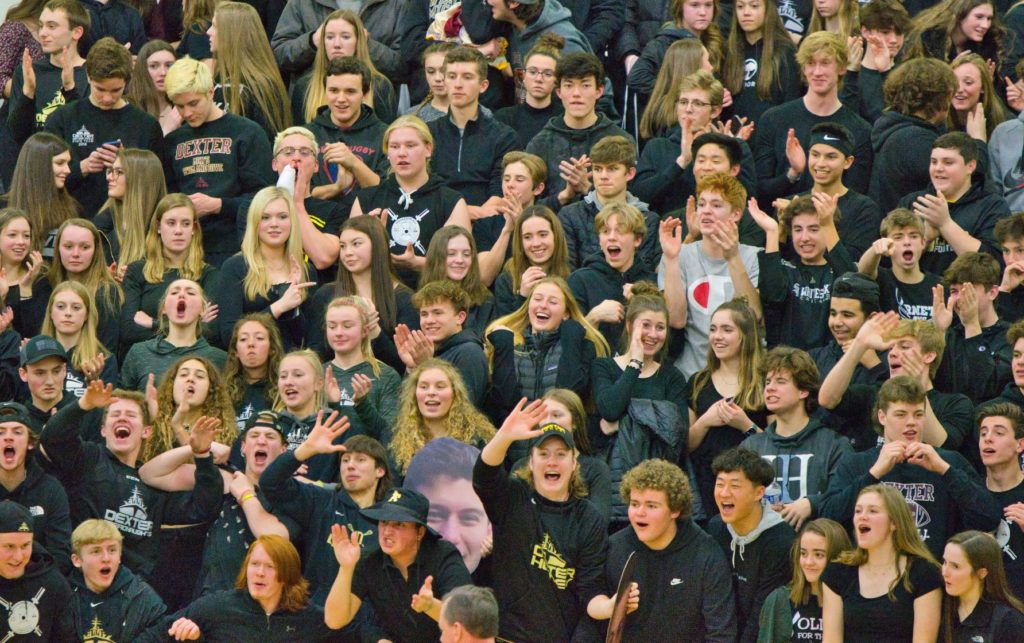 And Dexter came up big time!

“We played 32 minutes tonight, which we haven’t done in a while,” said Dexter Coach Jason Rushton said. “The past few games, we’ve had some letdowns in the third quarter. Tonight we wanted to make sure that didn’t happen. We played a full game against a very good Chelsea team.”

Marco Lucchesi and Colin Parachek led the Dreadnaughts on the scoresheet, finishing with 19 and 12 points respectively. But Rushton said that Dexter received key contributions across the entire roster, not just its leaders on the scoresheet, starting with the excellent guard play of Bavineau. 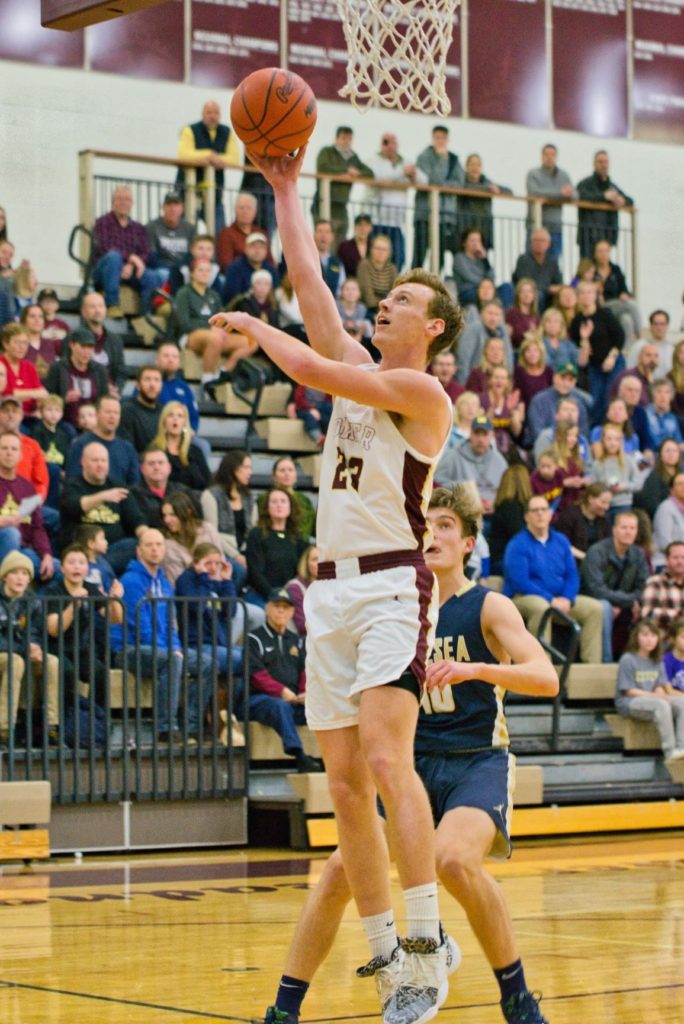 “What you want from your point guard is like having another coach on the floor, and that’s what Cal [Bavineau] is,” Rushton said.“He’s a great on-ball defender. Offensively, he has so much control and gets us into our offense to make sure we get the shots that we want.”

The Dreadnaughts extended their lead, starting the second quarter with an 8-3 run. Bavineau sunk an off-balance shot while absorbing a foul barely 30 seconds into the quarter. He made the free throw to complete the three-point play. Lucchesi added another eight points in the second quarter, and Dexter took a commanding 33-18 halftime lead.

Chelsea clawed away at Dexter’s lead, as senior Adam Hauser scored four points in the first minute of the second half, prompting Dexter to take timeout.

The Dreadnaughts seemingly slowed the game down, working the clock, and answered with an extended 5-0 run of its own. Bavineau made a tough shot under the basket and assisted on a three-point shot from Aidan Dexter, and the Dreadnaughts extended their lead to 38-22. Dexter took a 45-28 lead into the final quarter.

Chelsea answered with a 10-3 run to cut Dexter’s lead to 11 with over 4 minutes remaining, but it was too little, too late for the Bulldogs. Parachek, Pnacek, and Lucchesi combined for seven points in the final minutes, including a wide-open, three-point basket from Lucchesi, to seal Dexter’s victory.

Rushton called the victory a “great win,” but said there’s more work to be done.

“We’re back on track. We’re looking forward to another tough week next week in the SEC, so we hope to bring the same energy and the same effort,” Rushton said.

Dexter returns to action Tuesday when it travels to Southeastern Conference foe Tecumseh. Dexter opened SEC play with a 62-31 victory over Tecumseh on Dec. 17. The game tips off at 7 p.m.