It’s not only a compliment, but “gym rat” is something to be proud of and admired. It simply means a person is always in the gym playing the game they love. Always trying to get better. Always striving to take that next step. And always happy to have a basketball in his or her hands.

The basketball world this past week lost one of the game’s biggest “gym rats” in the great Kobe Bryant. His work ethic, passion for the game and drive to be the best was Michael Jordan like – in rare “air.” And it’s what made him one of the greatest basketball players of all time.

Dexter’s Marco Lucchesi also is a “gym rat.” He plays year-round and eats, sleeps and dribbles basketball. And his work ethic has made him one of the best players in the SEC – a player who can shoot the basketball but also do other things like defend and rebound.

“Marco has been solid for us,” said Dexter Coach Jason Rushton. “We expect him to do a lot more going forward in terms of providing us some rebounding and allowing his defense to spark his offense. He’s been putting the work in, so it’s only a matter of time before everything comes together. And when that time comes, we will be a very tough team.” 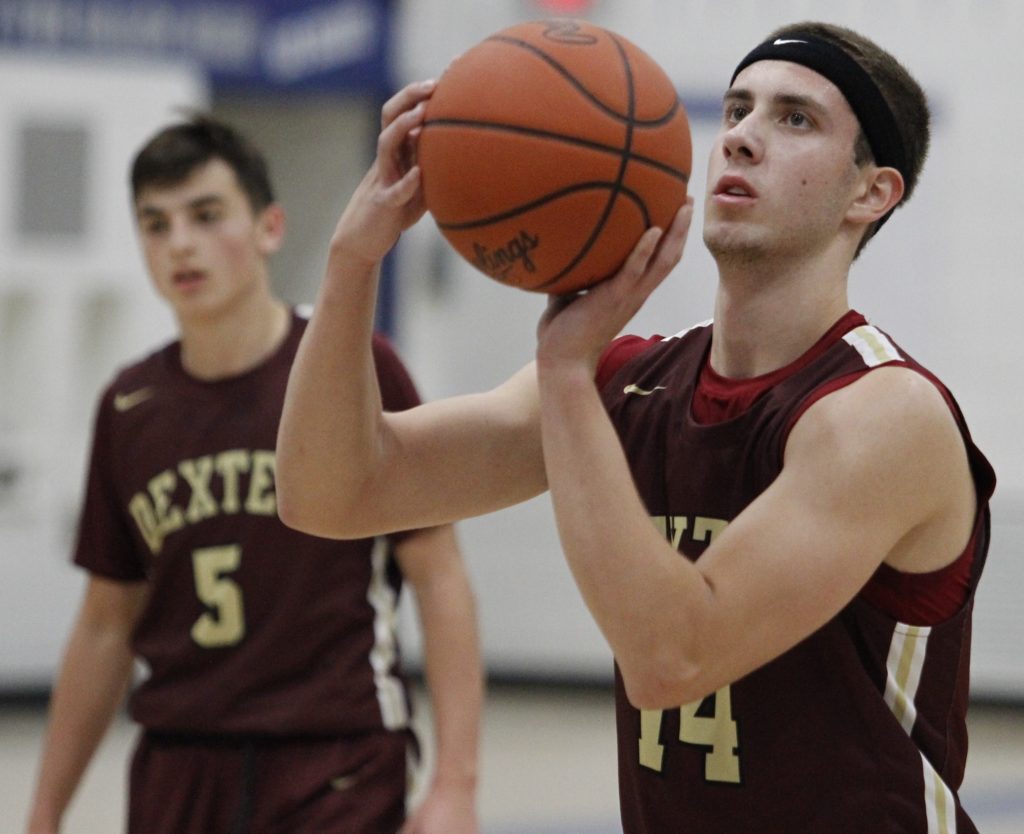 The Dreadnaughts started the season with a new coach in Rushton, who quickly earned the respect of his players and has been doing a great job in his first season in Dexter.

“It’s hard at first with a new coach,” Lucchesi says. “You have to learn a new system and get used to his style of play and learning what he expects from you. But, overall, it was a smooth transition and everyone picked the new offense up pretty quickly.”

Lucchesi says the new system is one of the reasons why Dexter has gotten off to such a strong start this season.

“Yeah, I love the way he has us playing defense right now,” he says. “Pressuring the ball, being aggressive and forcing players to make tough shots and making them earn everything.”

Dexter got off to a strong start, winning six of its first eight games. They lost in the season-opener at Salem and then against defending state-champion Lincoln. After beating Rochester in a tournament, the Dreadnaughts have suddenly lost two straight – to Ypsilanti and then Tuesday at Pinckney.

And while the Dreadnaughts are having a nice season, they aren’t in this for nice. They want to contend for the league and a District title. 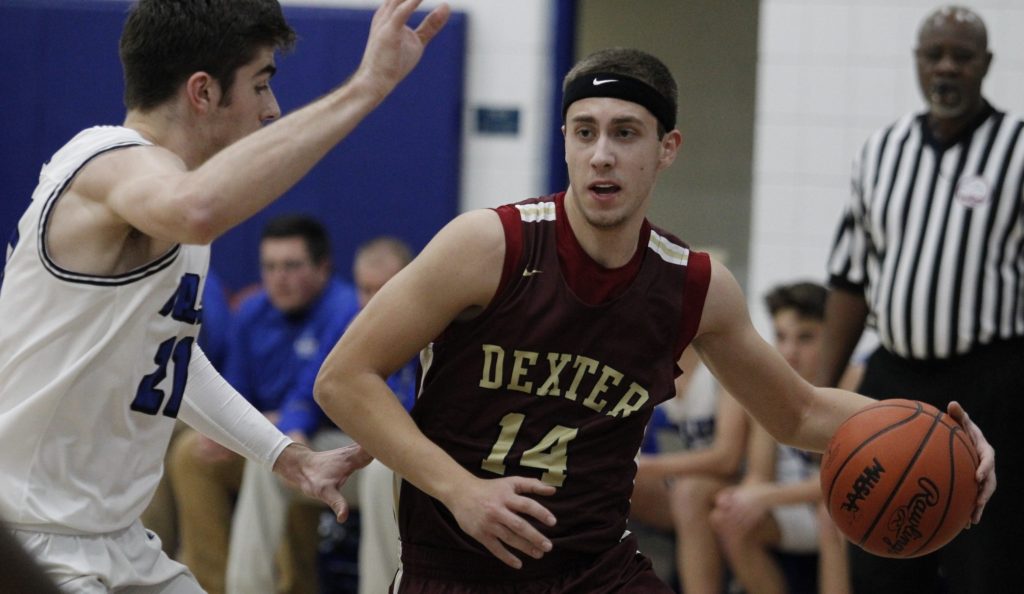 “We have high expectations for ourselves and the game against Lincoln was disappointing because we know we can play better,” said Lucchesi, who injured his ankle in the win over Jackson and played hurt against the Railsplitters before sitting out the win over Rochester. “Overall, we are playing well.”

And the talent is certainly there.

“We have a really deep team and a number of different guys who can score,” Lucchesi says. “We could play 12 guys every night and not miss a step.

“Our goal from day one was to win the league and win a District. And then see how far we can go. The key for us is energy. If we play with energy it really elevates our defense and that leads to more points.”

Marco, the son of Lisa and Richard Lucchesi, also excels in the classroom. And his intelligence can be seen on the basketball court – he’s not only a gym rat but a student of the game.

He started playing basketball in the first grade and was hooked.

Lucchesiwas playing AAU in the fourth grade for DSO Sports. In eighth grade, he switched teams to Ann Arbor Basketball Academy, now known as The Academy which is run by Jordan Ebbs.

A three-year varsity player, Lucchesi is starting to look down the road and basketball is very much in his future. “I’ve had a few offers but right now I’m still figuring things out,” he says.