Brendan Busdeker comes from a hockey family – ice, pucks and sticks are in his DNA. His father, Donnie, is a longtime coach, including a stint as head varsity coach at Dexter and is currently is one of the team’s assistant coaches under head coach Justin Young.

Brendan’s brother, DJ, is currently skating after his dream playing juniors in Saginaw.

So considering his background, it’s not surprising that one of Brendan’s strengths is his hockey IQ. He has awareness for the game that comes only from experience and he can be at the right place at the right time because of his instincts on the ice.

Busdeker, a senior standout player for the Dexter Dreadnaughts hockey team, is a highly skilled player who simply stands out when he steps out on the ice. And he’s helping lead Dexter to plenty of trips to the win column this season.

“We started out really well and we’ve played some really good teams,” Busdeker says. “I think we are starting to figure things out as a team. We are putting some pucks in the net and responding well as a team.” 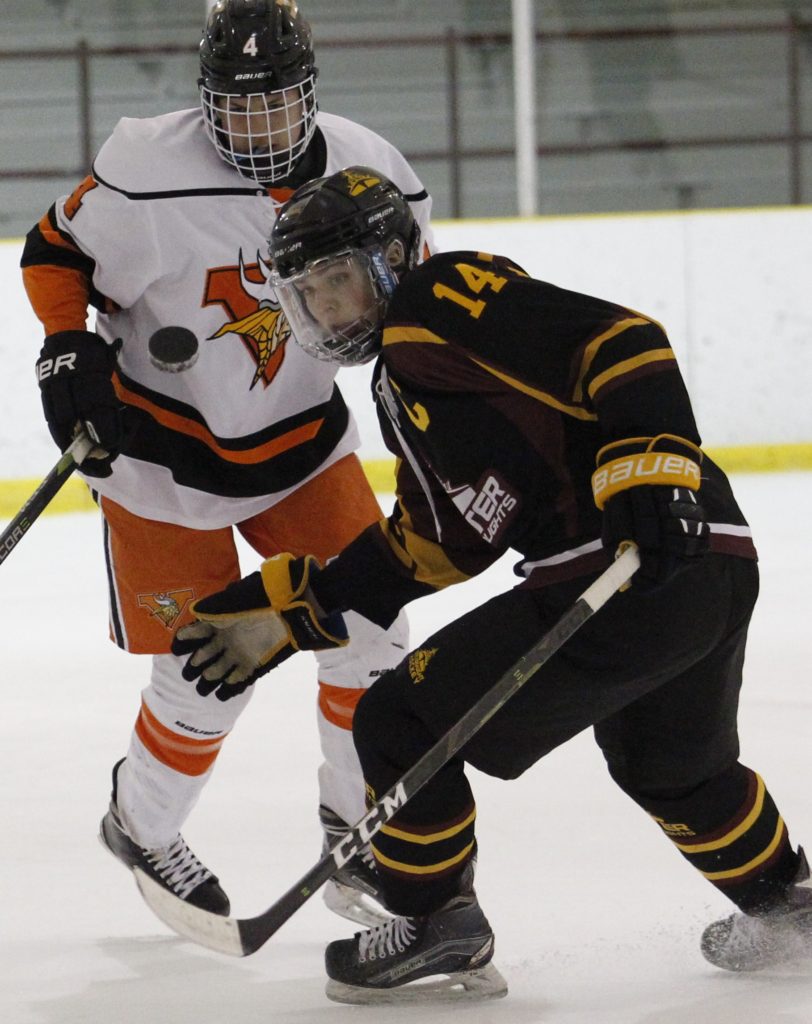 Busdeker says depth is one of the advantages Dexter has compared to other teams. The Dreadnaughts have a solid lineup and can run three very good lines at a team, which eventually wears them down.

“We are doing a good job spreading all three of our lines out and everyone is contributing and can play,” he said. “We are working really well as a team.”

The Dreadnaughts won eight of their first 10 games of the season including a win over a solid Jackson team at the Vet in Ann Arbor earlier this month. “We missed out on some opportunities but found a way to get it done,” Busdeker said of the victory over the Vikings. And that’s what the Dreadnaughts have been doing so far this season – getting it done.

“I want to keep playing and will probably play juniors after high school,” he says. “I’m hoping I can go as far as I can and play for as long as I can.”

Brendan was on the ice with a stick in his hands around his third birthday and hasn’t looked back. “I liked being together with my teammates ever since I can remember and I love scoring goals, it’s just a great feeling,” he says. 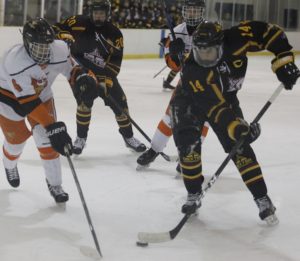 Brendan says he tries to see his older brother play as much as he can. DJ Busdeker is a defenseman for the Saginaw Spirit in the Ontario Hockey League. Since signing with the Spirit in November 2016, DJ has played in 220 OHL games, including 47 during the current 2019-20 season. He has 45 goals and 79 assists for his career – impressive numbers for a defenseman – and has 13 goals and 22 assists so far this season.

Brendan, who had 10 goals and 11 assists in Dexter’s first 10 games this season, says he has learned a lot from DJ over the years – even though they play different positions.

“He shows up every day and is consistent every day,” says Brendan, who watches him play every couple of weeks in between his own busy schedule of games and practices. “He’s a really good team player and that’s what I try to be.”