Sometimes, you just know – even if you don’t fully know what it is.

“Dexter has always loved theater,” says Kim Krueger, of her son Dexter. “From the first minute he knew what it was, he wanted to be a part of it. From the audition, to the final curtain call, he has enjoyed every part of the process of bringing a production to life.”

Dexter Mitchell Krueger, a sixth grader at Creekside Intermediate School, is one of two young actors playing the part of James in Dexter Community Theatre’s production of “James and the Giant Peach.” The show will run from Jan. 24-26 at the Copeland Theatre in Dexter.

Dexter started doing Dexter Community Education after-school-theater programs when he was in third grade. And it was love at first scene.

“He completely surprised us with his confidence on stage and his ability to memorize lines,” Kim says. “This is not something that can be seen in either his father or I. I have never been a strong public speaker due to an extreme case of nerves anytime I’m up in front of more than two people. And I am definitely not what you would call artistic. In fact I am probably the exact opposite of artistic.”

Dexter’s father, Mark, however marches to the artistic drum. He was part of a band, performing around Ann Arbor and Detroit in college, and currently designs and makes custom snowboards.

But neither Kim nor Mark has ever stepped on the stage as part of a theatre production. And they are both proud and amazed at how Dexter walks the walk, talks the talk and plays the part with an enthusiastic giddy-up in his step. 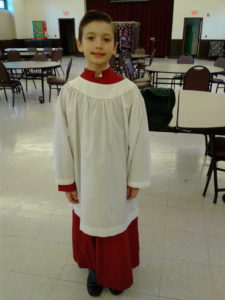 “It is impressive to me the ease with which he walks out onto stage,” Kim says. “Nothing in his personality early on suggested that this would be where he would end up. He is a confident and funny kid, but not one that is always performing.”

Dexter says playing James in the upcoming DCP production is a bigger part than he’s used to but welcomes the challenge.

“I have enjoyed being a supporting cast member, with a smaller dialogue,” he says. “James, however, is a new feeling and experience due to him being a main character. It’s maybe a little intimidating. This was a small adjustment, but I’m enjoying the role.”

Dexter, who was in DCP’s production of “Alice in Wonderland,” as Humpty Dumpty, and “Snow White and the Seven Dancing Dwarves,” as Polka the dwarf, is enjoying learning this new part.

“James is a young lad that wishes for friends and freedom from his aunts,” he says. “He is kind to everyone he meets be it a human, insect or bird. He is kind, hopeful and optimistic.”

Sounds a lot like Dexter, who is sharing the role with Liam Meurer. Each actor will star in two of the shows. And there will obviously be some differences in the performances.

“My way of speech has been known to be quite unique,” Dexter says.  “I also find that my positive outlook on life has really affected how I play the character James with the lines I have.

I thought it was challenging how we rehearsed with two people playing the same part. I enjoy how differently Liam and I play the role of James. I make James kind of an extrovert while Liam gives James the right emotions and does it with less show. Yet it still shows a great representation of the character.

A straight-A student, Dexter enjoys drawing, writing comics and participating in the Dexter SRSLY group. He also has participated in the Boys Choir of Ann Arbor, which at times has required him to sing in front of hundreds of people.

But there is something special about learning a role and being someone else.

“I like preforming a character because you really have to think of how you can put yourself in the character and responding how the character would,” Dexter says. “I like working with the DCP because they give you feedback in a friendly way and also a productive way.

“And I also like the cast because this was the cast that was from my first show with some new additions. This friendly-ness with the cast just makes us work better.” 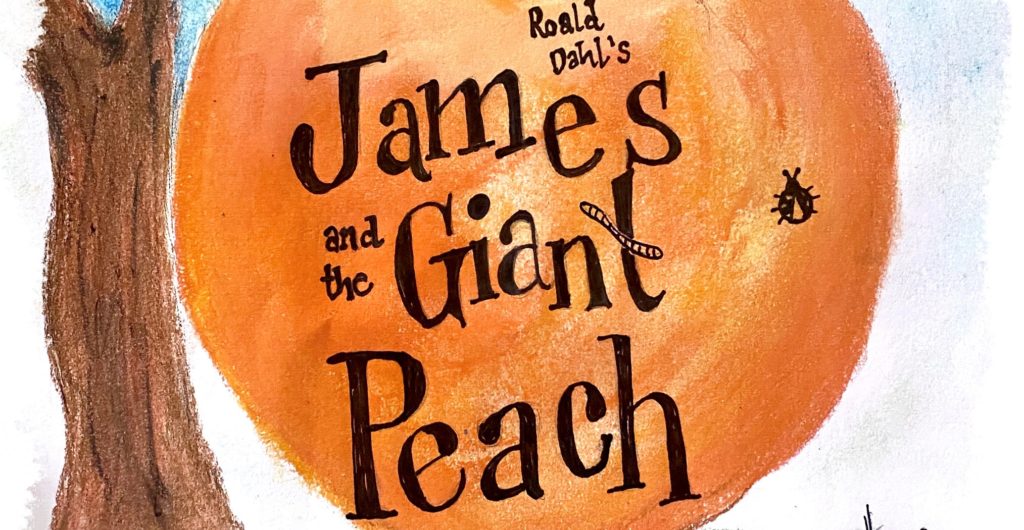 Dexter Community Players is proud to present their third annual youth production, James and the Giant Peach.  The show will run January 24 – 26, with Friday and Saturday performances at 7pm and afternoon performances Saturday and Sunday at 2 p.m.  She shows will take place at Copeland Theater, 7714 Ann Arbor St. in Dexter. The show is directed by Deric Prieskorn and co-directed by Joy Gee. Tickets are $10 and can be purchased HERE

Written By
Terry Jacoby
More from Terry Jacoby
The Chelsea Bulldogs used lockdown defense and scored in every period to...
Read More