Less than 48 hours after facing the defending-state champions, the Dexter boys’ basketball team took the court on Sunday evening during the annual MLK Basketball Showcase at Madison Heights Bishop Foley High School. The Dreadnaughts entered the game missing seniors Marco Lucchesi and Ryan Trinkle but it didn’t really matter as Dexter scored a convincing 65-42 win over Rochester HS in a non-league game.

“Without Marco and Ryan it was a chance for people to step up and that’s what happened,” said Dexter Coach Jason Rushton. “It was a challenge playing two games so close together especially when that first game was against a team like Lincoln. But we had guys step up offensively and hit some shots.”

The Dreadnaughts improved to 6-2 on the season.

“I’m happy with where we are at record wise,” Rushton said. “But we still have a lot of work to do. We aren’t where we want to be yet.” 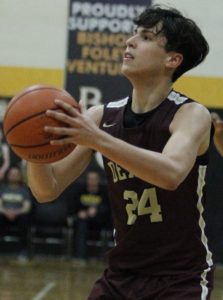 Dexter did a great job of moving the ball around and getting it in the hands of an open shooter. And those open shooters had plenty of success knocking down shots.

The Dreadnaughts had a balanced scoring attack against the Falcons. Freshman Brennan Parachek led the way with 16 points and seven rebounds. His older brother Colin Parachek, a junior, had 12 points and 12 rebounds. Robert Pnacek, Cal Bavineau and Aidan Dexter each scored eight points in the win. Kellen Porter played great post defense and cleaned up the boards and finished with four points and eight rebounds. Sam Sterlitz also had four points and

Dexter controlled most of the game but the Falcons wouldn’t go away. And with 7:11 left in the game, Kalif Murray hit a three-pointer to cut a once commanding lead to just 41-34. But it would the closest they would get as Rushton made a few changes and the Dreadnaughts answered with a run of their own.

Aidan Dexter hit a jumper to make it 45-34. After two free throws from Porter, Bavineau knocked down a triple from the wing to push Dexter’s lead to 52-34. If there was any doubt still left, Pnacek ended it with a triple to make it 55-34. 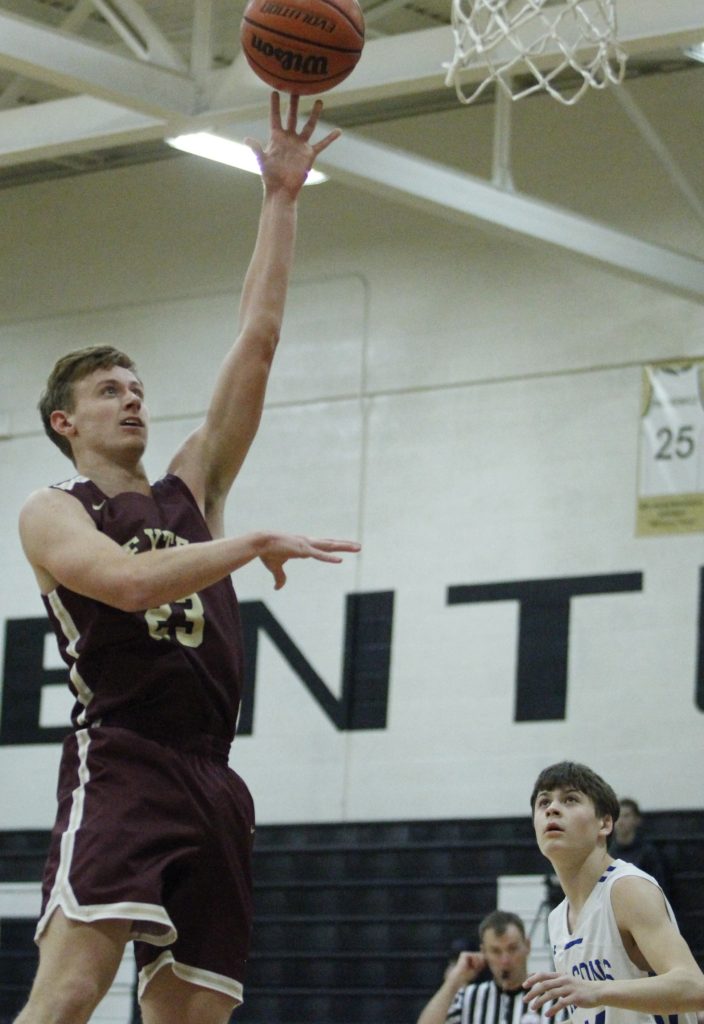 Dexter led 19-6 after the first quarter.

Brendan Parachek turned a three-point play into a 22-13 lead.

On two different fast breaks, Lucas Koone made great passes to Brennan Parachek who turned the opportunities into points. The second one pushed Dexter’s lead to 28-17. With 1 minute left in the second quarter, Koone nailed a triple from the wing to make it 31-17.

In the third quarter, Aidan Dexter hit a triple to push the lead to 34-20. A three-pointer from Colin Parachek made it 37-20. A nice drive to the hoop and basket by Dane Wiegers gave the Dreads a 39-20 lead.

The Dreadnaughts host Ypsilanti on Friday in an SEC White Division game.

Written By
Terry Jacoby
More from Terry Jacoby
There is a point in the process where a writer turns over...
Read More