The Dexter bench was screaming, clapping their hands and even standing as they cheered on their teammates Friday night in a girls’ basketball showdown before a big home crowd. The Dreadnaughts on the court were diving on the floor for a loose ball, scrapping with their opponent under the basket and playing tough defense from one end to the other. Coach Lauren Thompson was watching intently, calling out plays and pointing her team in the right direction.

Well, that was in the final minutes of Friday’s game against visiting Saline. The game was more or less over by the time the fourth quarter started, let alone ended. Nobody told the Dreadnaughts that as they fought until the final seconds were gone.

No retreat. No surrender. No matter the score.

No, Dexter didn’t stage a miracle comeback. They lost 40-18 to state-ranked Saline but they showed plenty of positives and the result will be a learning experience for a team that shows great promise and plenty of heart.

“This is our first big game of the year and it was before a big crowd so I think we had some jitters,” said Dexter Coach Lauren Thompson. “Now we have this under our belt and I think the experience (Friday) will help us for the rest of the season.” 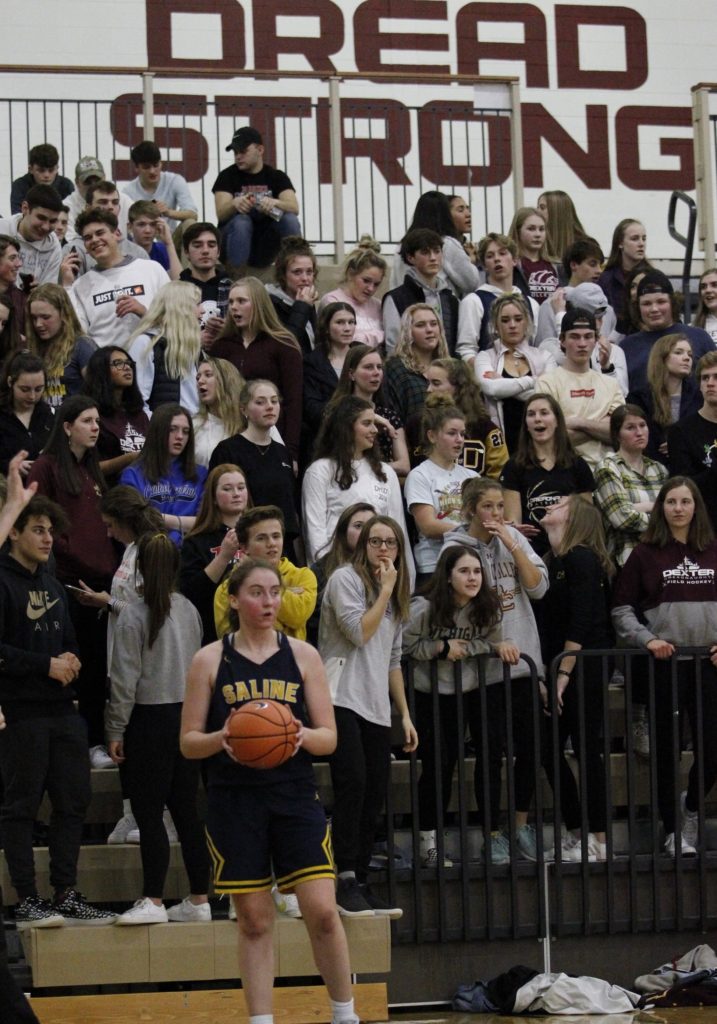 The atmosphere inside the Dexter gym raised the roof on the evening. The Dexter students filled an entire section at one end of the floor and their enthusiasm and support could be felt right from the opening tip. The main section also was packed with fans who got to see two very good basketball teams give it their all.

The Dreads started the season at 5-0 before taking 21 days off from the win over Adrian until Friday night’s game with Saline. Coming off a long break against a team like the Hornets was not an easy task and there may have been some rust and missteps. And while the defense was solid and the effort was top-notch, the shots were a little off and the offense a little out of sync – which is not surprising.

Plus, Saline is a very good defensive team. They are aggressive, quick and don’t give up many second chances. And let’s face it, offenses in high school basketball can be like rollercoasters and you don’t have to go far to find an example. The Hornets were shut out in the second quarter and scored 21 points in the third quarter – that’s a Millennium Force kind of rollercoaster.

The teams that win at this level are the ones that play consistent defense every night so when the offense takes a dip, the defense can still ride the game into the win column.

Dexter appears to have that kind of defense. And there were plenty of good signs pointing in the right direction for a team not lacking in talent, depth and drive. 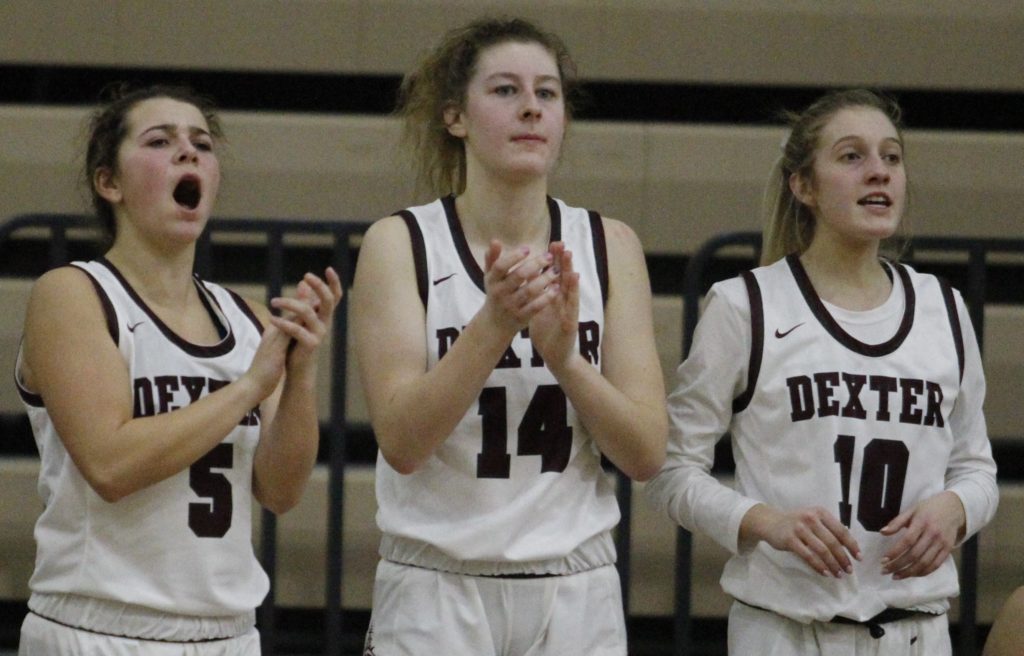 “I was proud of their attitude throughout the game,” she added. “They were supportive of each other and played as a team. Our defensive effort was very good. I thought we played really good man defense and we can get even better going forward.”

And that’s where this train is headed – better & forward. One loss to a very good team didn’t derail anything. All aboard!!!

Written By
Terry Jacoby
More from Terry Jacoby
The Dexter varsity soccer team is off to a strong start and...
Read More