After a defensive first half which featured Dexter shutting out visiting Saline in the second quarter, the Hornets came out in the third quarter and put together a 16-0 run before the Dreadnaughts scored a point. Saline built a 26-10 lead midway through the third quarter and cruised to a 40-18 win on Friday night before a large and enthusiastic crowd at Dexter in an SEC crossover game.

The last time Dexter stepped on a basketball court for a game was Dec. 20 – 21 days before they walked out on to the floor to face one of the best teams in the area, if not the state on Friday night. It was a tough ask for a young basketball team.

“It’s hard with such a long layoff but we practiced hard, scrimmaged hard and tried our best to get them ready for (Friday night),” said Dexter Coach Lauren Thompson.

The Dreadnaughts, who opened the season with five straight wins, fall to 5-1 on the season.

Dexter started strong on the defensive end and created some turnovers and forced some bad shots by the visitors in the first half. After Saline jumped out to a 5-0 lead, Thompson called a time out to settle down her young team. It worked. 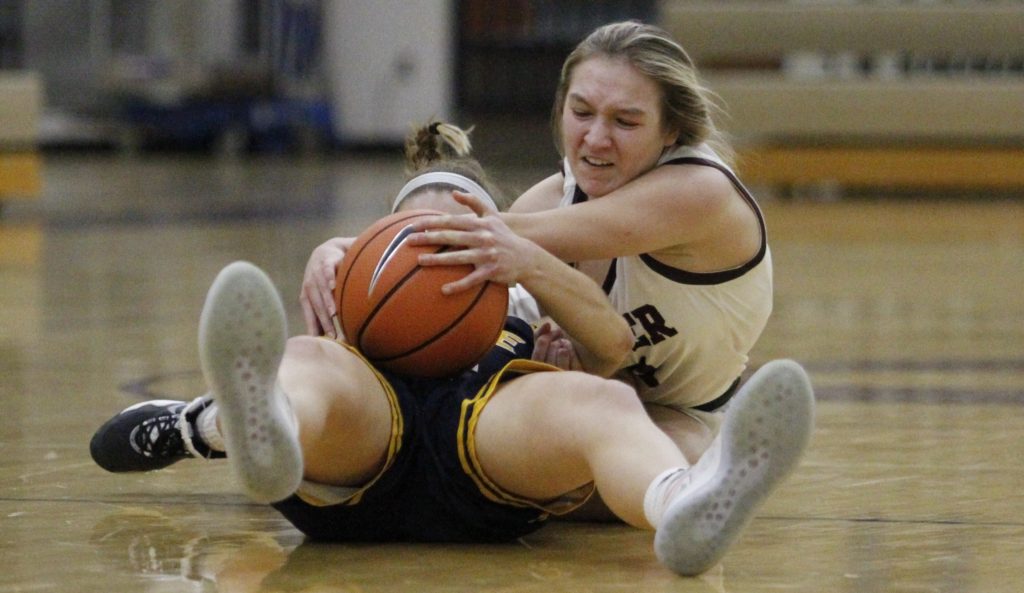 A basket inside by Kaila Simpson cut the deficit to 9-5 with 2 minutes left in the quarter. Alayna Babut knocked down a triple from the wing for Dexter to cut the lead to 10-8, which ended up being the first quarter score.

Defense switched gears in the second quarter leaving the offense in its wake. Only two points – a nice baseline drive and scoop by Dexter’s Olivia Mellifont – were scored in the entire second quarter.

“I was so proud of how our defense played in the first half,” Thompson said. “To hold that team to 10 points in the half was great. I was just super proud of their effort.”

The Hornets came out buzzing in the third quarter and there was little Dexter could do to soften the sting. Saline scored on its first three possessions, including a basket off a steal to push the lead to 17-10 just 90 seconds into the quarter. 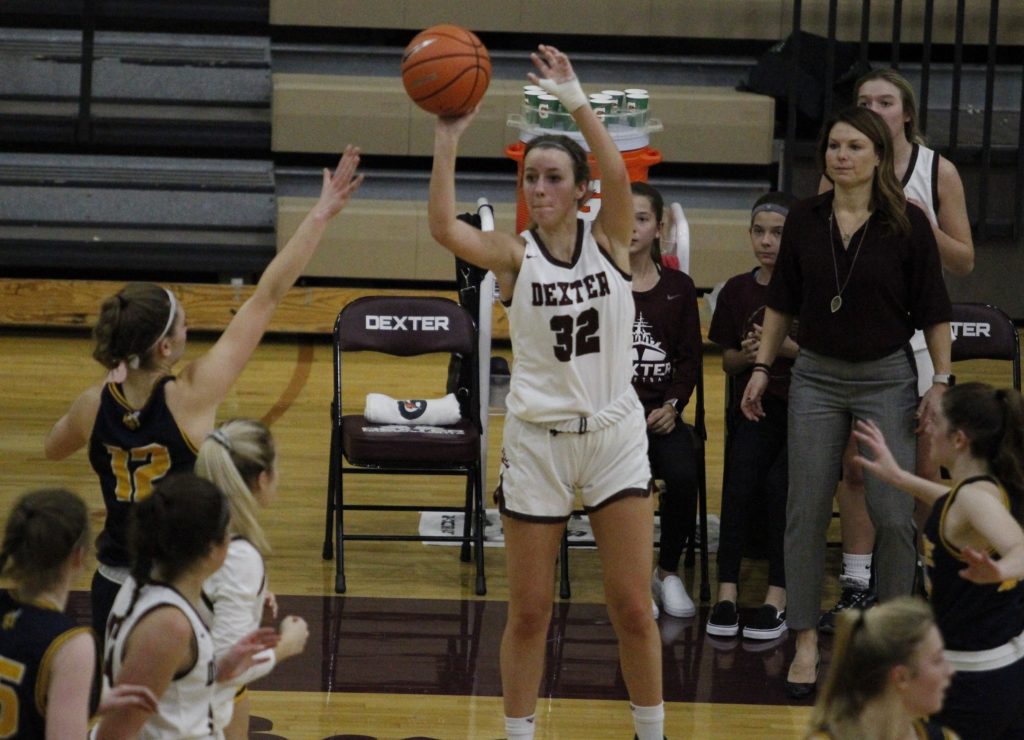 After another Dexter time out, Brianna Rodriguez scored on a rebound with 2:53 left for the Dreadnaughts’ first points of the second half. A triple by Sydney Pnacek cut the lead to 26-15 with 1:55 left as the Dreads tried to claw back into the game.

But Saline scored the final five points of the quarter to take a 31-15 lead into the fourth quarter.

Rodriguez, only a sophomore, finished with five points, including a triple in the fourth quarter. Simpson, one of only three seniors on the Dreadnaughts, also scored five points.

Dexter has two home games this coming week: Tuesday against Jackson and Friday against Lincoln. Both games tip off at 7 p.m.

Written By
Terry Jacoby
More from Terry Jacoby
COVID-19 has proven to be devastating, destructive and deadly to almost everyone...
Read More