Caleb Kril didn’t stand on his head during Wednesday night’s win over Jackson at The Vet in Ann Arbor. But then again, the freshman goaltender didn’t really have to in the team’s rather comfortable 4-1 win over the Vikings.

But Kril has been standing up pretty well to whatever has been shot his way, and is one of the reasons why the Dreadnaughts have started the season 8-2 despite playing some strong competition early in the season.

“He’s been very good for us,” says Dexter Coach Justin Young, following Dexter’s win over Jackson. “Coming in as a freshman is always difficult but he’s a very good goaltender and has handled the pressure as well as can be expected. We couldn’t ask for anything more.

“Our challenge will be keeping him healthy and rested because we don’t have a backup goaltender at the moment. So if you know anyone, please send them our way.” 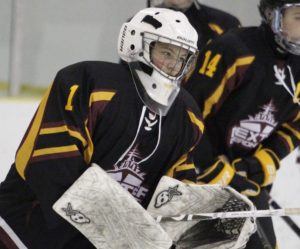 Young and the Dreadnaughts also might face a different kind of challenge in the future.

“The phone is already ringing (from junior hockey teams),” Young says. “The last thing we want to do is hinder his development so he may be faced with a decision in the future about what he wants to do.”

Young and the Dreadnaughts hope it’s not the near too distant future.

For now, however, Dexter has found a goalie capable of making big stops and keeping the opponent off the scoreboard. He made several nice saves in the game against the Vikings on Wednesday night.

“It was a little nerve-wracking,” Kril said of stepping on the ice that first time with the Dexter varsity hockey team. “But it was also exciting to know the students are watching and supporting us and facing harder shots and playing against bigger guys.”

Kril has a great seat to watch the Dreadnaughts do their thing and so far he’s been impressed with the team playing in front of him – and sometimes behind him. “We are doing pretty well and we have a pretty good team,” he says. “But we still need to work on a few things but we are getting better with each game.” 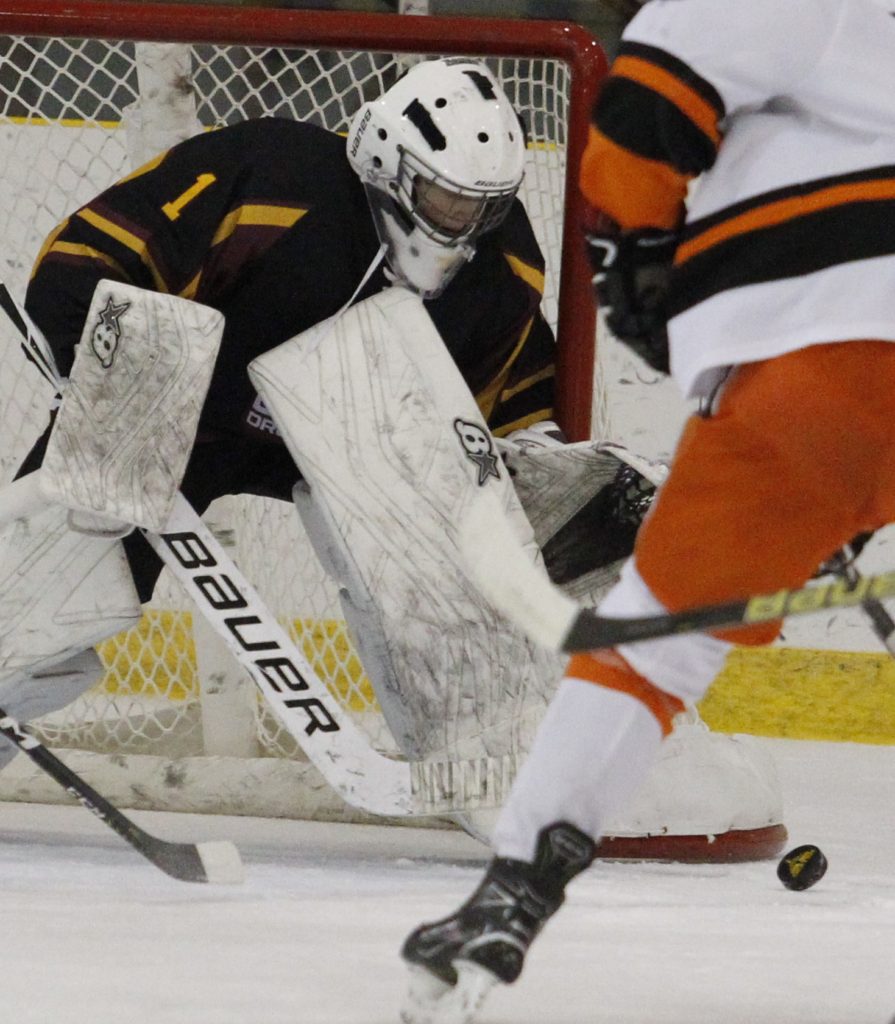 Kril, who says the team goals are to win the SEC White Division and make a long run in the state playoffs, began skating at a young age and fell in love with hockey.

“I started skating when I was about 4 years old,” he said. “And I really liked it. It just took off from there. I started playing goalie pretty early on. I liked that you never came off the ice and were always involved in the game. It’s also pretty exciting to be in goal and to have to stop people from scoring.”

Turns out, he’s pretty good at doing exactly that.

Kril spent a good part of last year playing with the U-16 Select Team out of Chelsea. “That was a great experience,” he said. “There are a lot of good players and it was a really good learning experience too.”

The long-term plan for Kril is to see how far he can go playing goalie. “I would like to play D-1 hockey in college,” says Kril, who also plays baseball. “Maybe play juniors and in the OHL or one of the HL’s. I would like to go as far as I can.”