Sydney Pnacek is a sophomore forward for the Dreadnaughts this year, and just six games into her second season with the team, she is not only making a name for herself but helping put Dexter girls’ basketball at the head of the class in the SEC White Division.

In Dexter’s game on Dec. 20, she scored 18 points and grabbed eight rebounds in a 64-20 victory over Adrian. She also added four assists. But the numbers don’t tell the whole story with Pnacek.

“I can pretty much thank my teammates for all of that,” Pnacek said of her impressive stats against the Maples. “They found me and were able to get me open looks.

“I definitely practice shooting three-pointers a lot, just like I practice everything, and I was just in a rhythm and was able to hit some shots (Dec. 20).”

Dexter has started the season a perfect 5-0, recording all of their wins by double digit points. In the season opener, Dexter took down Skyline 65-26. They continued that same level of domination in the second game, winning 65-15 over Manchester. In the last three outings, Dexter has outscored their opponents by a combined 178-82.

Pnacek is quick to point out that basketball is a team game and the team has been the reason for Dexter’s impressive starts.

“I think the main reason we have been able to be so successful so far this season is because we’re playing as a team. We’re making the extra pass,” said Pnacek. “It’s very rare that you see us taking selfish shots and it helped us win this game and the others so far.

“We like to try and put pressure on teams right away with pressure.”

Pnacek has grown up in a basketball family. Both of her parents played the great game and her dad is a former high school varsity coach. She also has two older brothers who are very passionate about the game, including Robert, a senior on the Dexter boys’ team. 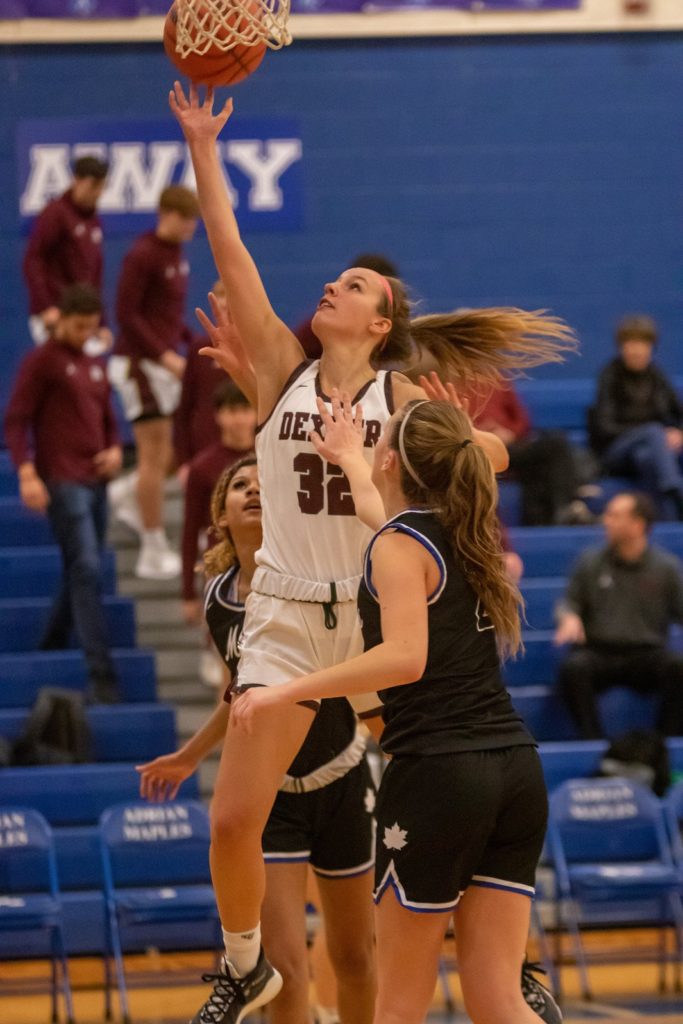 Pnacek said she grew up practicing with her dad and brothers and just kept getting better.

Pnacek plays for the Michigan Mystics in AAU.

“It’s always helped boost my confidence and make me keep going,” she says of AAU basketball. “I started playing AAU when I was in fifth grade and then I started playing with the Michigan Mystics in seventh grade. My team has been really successful. It really helps me improve my game.”

“Sydney is obviously a great offensive player,” said Dexter head coach Lauren Thompson. “She has a great shot and can shoot it from anywhere on the floor.”

Like Pnacek says, her teammates are a big part of her success.

“Kylee Niswonger is super fast and is able to run the floor,” Thompson says. “She can penetrate so that’s a nice complement to have because she can kick it out to Sydney, who can spot up from anywhere.”

“After the break, we’re going to play some tough teams so it was good to end the year 5-0 and get some momentum going forward,” said Pnacek. “I think we have a good group of girls. We definitely want to go undefeated. That’s one of our goals. We want to win Districts and Dexter hosts Regionals so we want to play at home and go as far as we can.”