The Dexter boys’ basketball team struggled on the offensive end during its season opener on Tuesday at Salem High School. And while the Dreadnaughts went long stretches without scoring, they took a five-point lead into the fourth quarter and appeared to be finding their groove in the second half.

But the host Rocks scored 12 points in the final quarter to only four for the Dreadnaughts to hand Dexter a tough 42-39 loss in a game that went down to the final seconds.

The game came down to two big defensive plays for the home team. With the score deadlocked at 37-37, Salem’s Chris Kovacs stole the ball and turned the turnover into a layup and a 39-37 lead with 1:40 left in the game.

A layup by Marco Lucchesi cut the deficit to 40-39 with 23.1 seconds left. After Salem’s Garrett Smith hit two free throws, Dexter called a time out with 12.4 seconds left. But the ball was knocked out of the hands of Lucchesi before Dexter could get off a game-tying attempt and the clock hit zero. 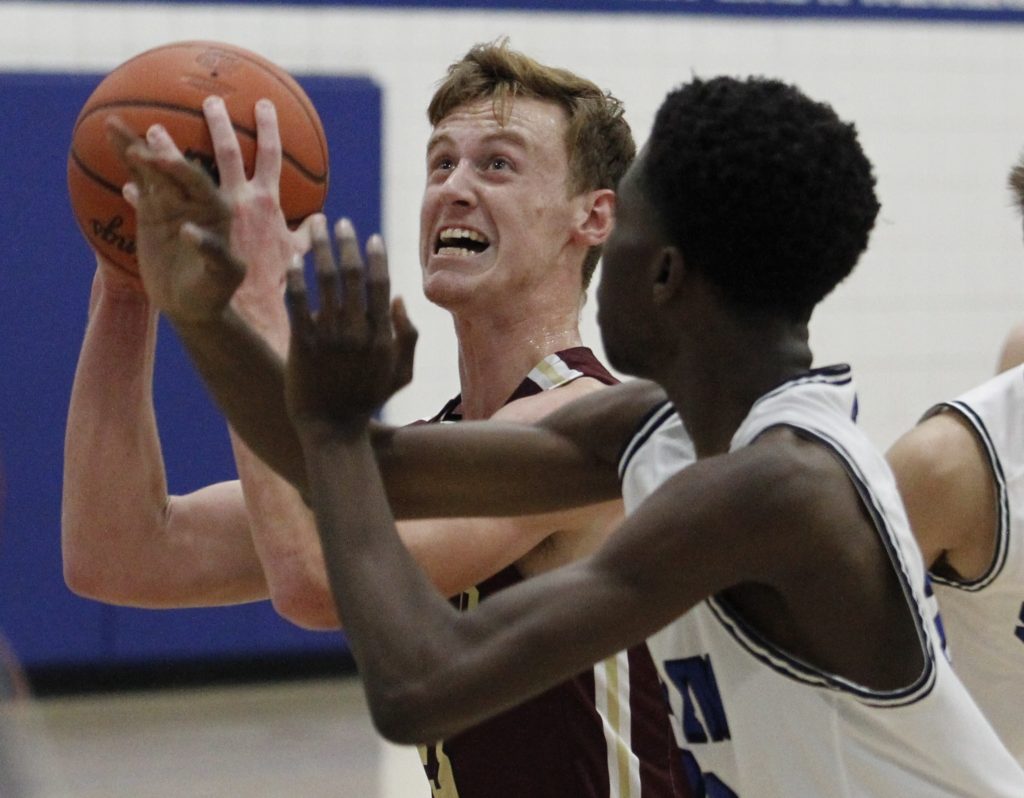 Lucchesi led Dexter with 13 points. Colin Parachek and Aiden Dexter each scored eight for the Dreads.

The game started just like many first games start – slow on the offensive end.

Salem’s Smith hit his first of four three-pointers in the first quarter to make it 3-0. Dexter didn’t score until there was 4:30 left in the quarter. A triple from the wing by Lucchesi gave the visitors a 5-3 lead and a three-pointer by Ryan Trinkle gave Dexter a 10-9 lead.

But Smith hit his fourth three-pointer of the quarter just before the buzzer to give the Rocks a 14-10 lead after one.

The Dreads’ offensive woes continued in the second quarter. They didn’t score their first basket until there was only 2:28 until halftime. The good news was that Salem wasn’t exactly lighting it up either. 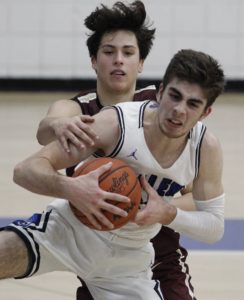 Bobby Pnacek also had a triple in the third quarter for Dexter.

The Dreadnaughts host Tecumseh at 7 p.m. on Tuesday, Dec. 17.

Written By
Terry Jacoby
More from Terry Jacoby
The Dexter boys’ basketball team struggled on the offensive end during its...
Read More