Hockey, both ice and field, is a family way of life in the Tamer household and it all starts at the top.

With such athletic and accomplished parents at the top of the family tree it only made sense that the kids would “branch” off into the competitive world of sports.

So let’s start off with “family” because it really is the center of everything in the Tamer household.

After an outstanding field hockey career at Dexter, Emma Tamer is currently a red-shirt sophomore at Michigan. The Wolverines recently wrapped up their season with a 13-7 record and a fifth consecutive trip to the NCAA Tournament. Tamer started 19 of 20 games and scored seven goals for U-M. 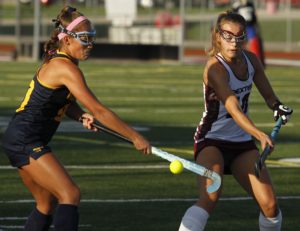 Abigail Tamer is following her big sister up the family tree in equally impressive fashion. The Dexter junior was recently named Michigan Field Hockey Player of the Year and First Team All-State after helping lead the Dreadnaughts to a Division 1 State Title last month.

And speaking of family, Abby’s older brother, Christopher, is currently playing hockey in the NAHL for the Lone Star Brahmas in Texas.

The coach of that Dexter team is Keely Tamer, or as Abby likes to call her, “mom.” And there is no way around it – “mom” has been the key to this incredible family success story.

“My mom is super motivational to everyone she coaches and is able to figure out what is going to push people to the absolute limit,” says Abby. “She knows every one of her players extremely well and uses that knowledge to advance everyone’s play. I always go to her for advice about my games or practices because I know that she will always have the right answer.

“More personally for me, she has always been super strong and illustrates how to push through things to get to the good parts of life which translates both to field hockey and more generally to life as well.”

Of course, field hockey has always been a big part of Abby’s life. But she didn’t become interested in playing it until seventh grade, and even then as a “second sport.” 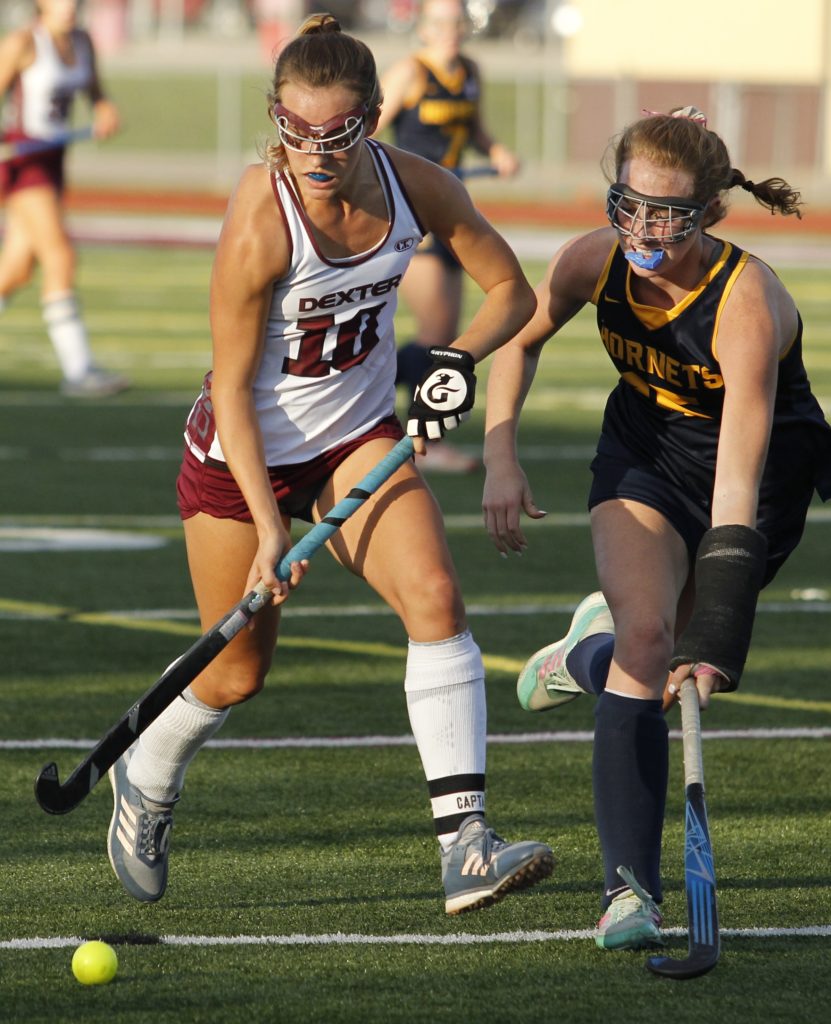 “I only played it to pick up a second sport because at the time my goal was to play soccer for as long as possible,” she says. “It was great because I got to play with all my friends, which is probably something that made me even more interested in continuing. And then once I finally began to understand it better and develop more advanced skills I began to enjoy it so much more than I ever had with soccer.”

And, of course, there is the family dynamic to consider.

“It was also awesome that it ran in the family because I got to learn so many new things from my mom and my sister which made it that much more fun,” Abby says. “After about six months of playing it with Dexter and with our club team, Pinnacle, I knew I wanted to go far with field hockey.”

She won’t have to go too far when she begins her college career in 2021. Abby will join her big sister in Ann Arbor – keeping it in the family. That’s another thing about this Tamer family, they bleed BLUE.

“I have always loved Michigan,” Abby says. “I also believe they have one of the best coaching staffs in the NCAA and have been extremely successful.” 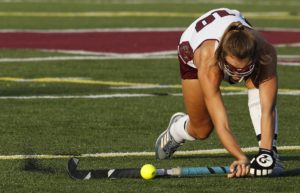 And she gets to play on the same team as her older sister.

“My sister had an amazing season,” Abby says. “She is extremely fun to watch and she is an inspiring threat to other teams. I could not be more excited to play with her and learn from her.

First, though, there is a state title to defend at Dexter. Knocking off perennial power Pioneer in the championship game was something very special.

“My eighth-grade year I watched my sister and her team play Pioneer in the State finals, and I watched them lose in OT,” Abby says. “My freshman year, we lost to Huron in the same game. My sophomore year, we lost in state semis to Saline. The seniors of Team X had gone through three years of getting within an arm’s reach of the trophy and had put in four plus years of work to finally win it.

To finally win it this year was such an amazing feeling and it just validated all the hard work of Team X, our coaches, and every team that came before us who had put in the work to get us to this position.

And speaking of family, that Dexter team was a family of sisters focused on one goal – to win it all. And every single player on the Dreadnaughts played an instrumental role in their success. 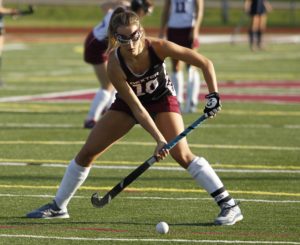 “Last year we were disappointed with our result losing in the State semis so for a lot of our returners, that was a huge motivation,” Abby said. “Almost everyone on our team knew what it was like to lose in the tournament so most of us had that looming over our heads and used it to push ourselves as well as hold each other accountable.”

Abby, like her sister Emma before her, plays for Pinnacle.

“(Pinnacle) was started by Nancy Cox who has been instrumental in the development of field hockey in the Midwest and she is without a doubt the main reason for any success of players that go through our club,” Abby says. “Being coached by her and her staff has been such a great experience, and I believe many of my teammates would attest to this, because of the high standards she holds everyone to.”

Abby was fortunate enough to play for the U-17 National Team this past year and traveled to Germany for three games.

Since we started with family, let’s end with family. Abby says her sister has been a huge influence on her both on and off the field. And going to Michigan to be with her is about more than playing field hockey.

“She has taught me to be confident and strong,” Abby says. “She has taught me to be disciplined but also to enjoy the now. It’s super easy for me to get excited about going to Michigan and play with her but she reminds me that my high school years are important and that I won’t want to rush through them, which is a thought that always sits in the back of my mind. She has always been my role model in so many different ways and I am so grateful for all that she has done.”

Written By
Terry Jacoby
More from Terry Jacoby
The Dexter softball team brought out the lumber on Monday in two...
Read More