Charlotte Schultz helps lead the talented Dexter swimming and diving team into the Division 2 State Finals this weekend at Oakland University. The junior is a veteran of the final HS meet of the season where all the hard work, morning practices, weight training and lap after lap after lap – hopefully – pays off.

Schultz had a brilliant sophomore season for the Dreadnaughts where she took fifth in the 500 free and sixth in the 200 free at the State Finals and also swam on two Dexter relay teams which both finished among the top 10 in the state.

This year is simply about dropping time and moving up on the leaderboard. And picking up as many points as possible for the team.

“My goals for the team at states is that we place better than 10th place,” says Schultz. “My personal goals are to finish top eight in all my events.” 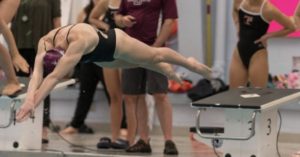 Schultz enters the D-2 State Finals seeded sixth in the 200 free with a season-best time of 1:55.51. There is only a few second difference between third and eighth in what should be a very competitive race on Saturday.

In the backstroke, Schultz is seeded first with a time of 58.81. There are three other swimmers within a second of her top-seed time.

It’s been another incredible season for the Dexter girls’ swimming and diving team. The Dreadnaughts, who recently won their 22nd consecutive SEC White Division title, are talented and also a fun group.

“The personality of the high school team is always amazing,” Schultz says. “I love all of the girls on the team and how everyone pushes each other to get better, along with making practices and swim meets fun.”
Swimming has been fun for Schultz ever since she jumped in the water. 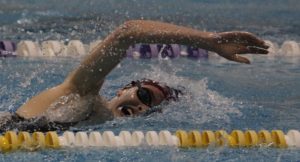 “I first got interested in swimming because both of my sisters started swimming when they were younger and I wanted to try it too,” says Charlotte, the daughter of Laura Schultz and Tim Schultz. “I played volleyball in middle school and I realized that I really liked swimming more because of the competitiveness and how swimming is more challenging to me. I stopped playing volleyball after one year so I could focus more on my swimming.”

“I’ve been swimming for DCAC since I was 5,” she says. “I really like my club team because of the great coaches and the challenging practices, along with the opportunity to travel to different places to go to competitive swim meets.” 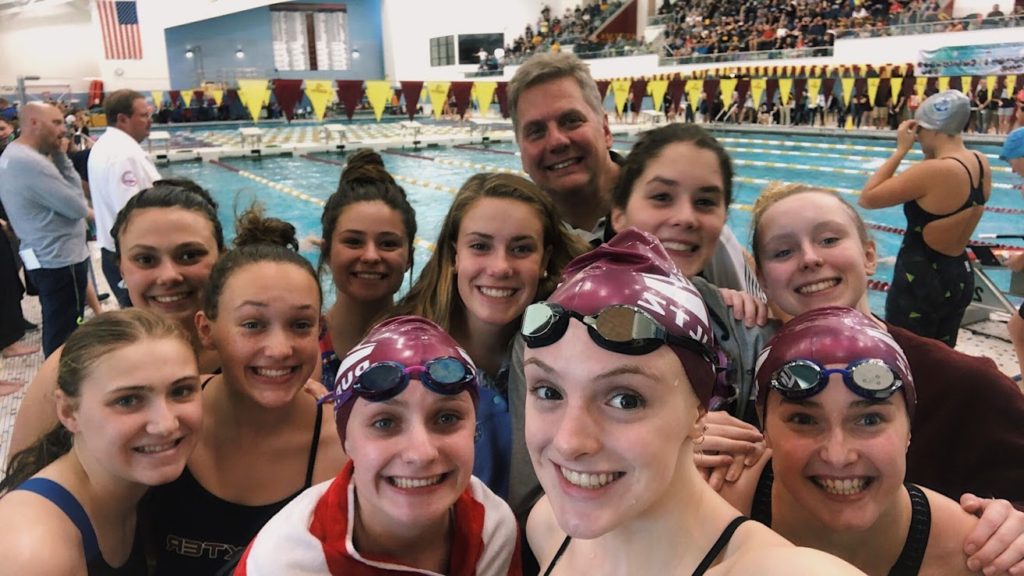