The Dexter High School Debate Team has an amazing weekend.

Dexter’s top debate team, Rose Reilly and Bobby Lynch, went to the Badgerland Tournament in Madison, WI which had 97 teams from seven different states, and they were Octa-finalists. Rose received 2nd speaker overall.

The rest of the Dexter team went to the Birmingham Groves Invitational Tournament where the Middle Level kids crushed it. Five of the six participants received individual speaker awards.

“All six of them (three two-person teams) broke to the semifinals, where their top seeded team of Bonnie Keating and Mischa Rafferty, walked over our 4th seeded team of Adyn Skrownski and Mark Remingon, and our second seeded team of Lauren Hart and Lachlan Imfeld beat a team from Grand Rapids City on a 3-0 decision, to set up the final round of Dexter KR vs. Dexter HL, with Dexter KR winning and Dexter HL as runner up,” said a proud Debora K. Marsh, Director of Debate and Forensics. 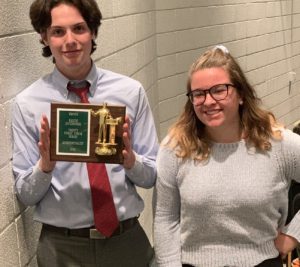 In the Novice Division, the team of Rachel Horowitz and Kaden Jensen broke to Quarterfinals, but lost on a 2-1 decision to Ann Arbor Pioneer.  Both won individual speaker awards, Kaden received 8th place and Rachel received 5th place overall.

“Overall it was a terrific weekend,” Marsh said. “We’ve only got one more invitational, which will be held at Dexter HS on Dec. 7, before the state tournament, which will be held at Wayne State University on Dec. 14.  Though many students will switch over to Forensics during second semester, many will stay on to debate at national tournaments, and the national qualifying tournament in February.” 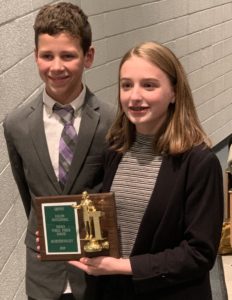 Written By
Terry Jacoby
More from Terry Jacoby
Dear Friends, As we continue to navigate our way through these unprecedented...
Read More