Ashley Haralson has big dreams. Big plans. And a big heart and soul to take her wherever she wants to go. This week, she would like to go to the District finals on Saturday – we will get to that soon enough.

But in the future, she is thinking big time.

“I would like to attend either the University of Michigan or Michigan State,” says Ashley, the daughter of Jessica and Grant Haralson. “I would like to study medicine, and possibly be a pediatrician someday! I’ve visited both U-M and MSU’s campuses and they’re both very nice, and I like that they are bigger schools.”

The Dexter senior has spent the first few months of her final year in high school excelling in the classroom – she has volleyed up a 3.87 GPA – and helping lead the Dreadnaughts to an impressive season on the volleyball court. Dexter opens District play against Saline in what should be a tough battle between two of the best teams in the area – the winner gets to play Skyline in the finals, clearly the best team in the area.

“I think to beat Saline we are going to have to continue pushing ourselves and working hard the way we have all season,” said Haralson, one of three captains on this year’s Dexter team. “It’s going to be a battle, but I have no doubts that we can be successful against Saline, it’s just going to take perseverance and the same positive energy we’ve had all season.”

The keys to beating the Hornets won’t be anything new for the Dreads. They know how to win and what it takes to win. 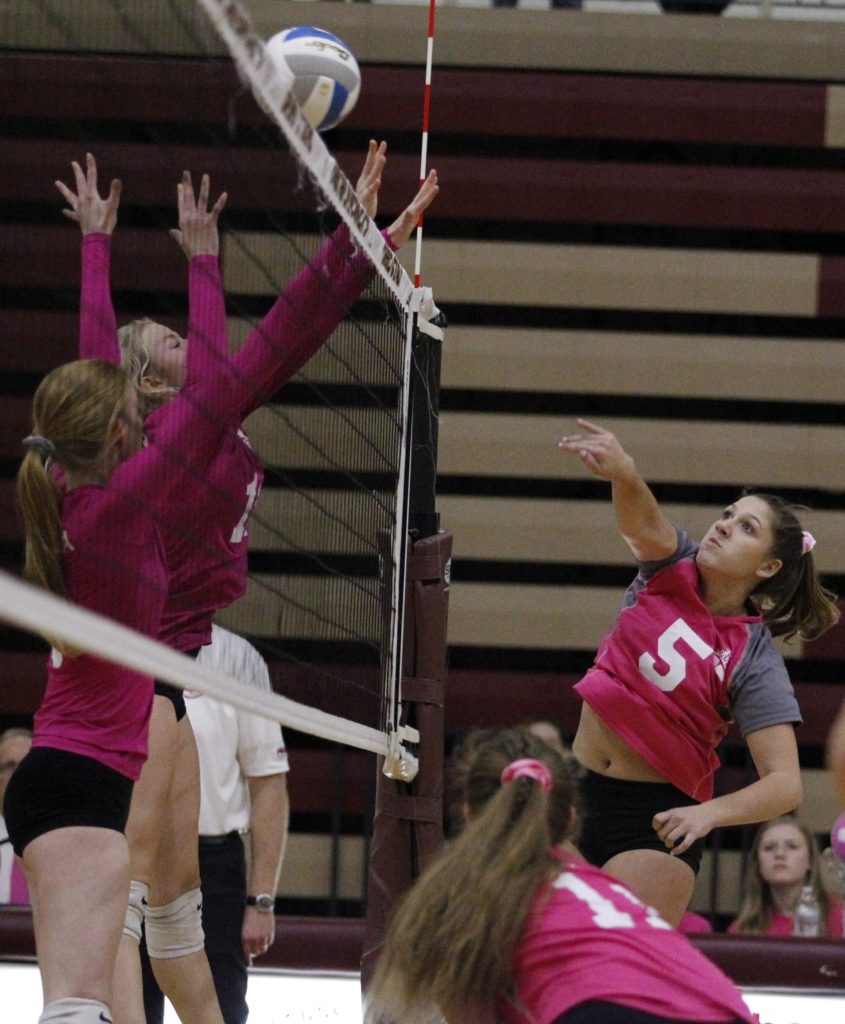 “I think we all work together really well, and we have a great team dynamic, which makes it much easier to play on the court,” Haralson says. “Not only that, but we have some really strong players on our team, which definitely helps! Overall, I think we just have such great work ethic and energy, and that’s helped us be really successful this season.”

The Dreadnaughts are a very focused group on the court. They are extremely well coached, have a nice mix of youth and experience and understand their roles. Haralson says this year’s team is “dedicated and hardworking.”

“We not only push ourselves, but push each other to be the best players we can be, which has helped us to have a very successful season,” she says. “I think we are all good friends and have a lot of trust for each other, which helps both on and off the court, and creates a great team dynamic.” 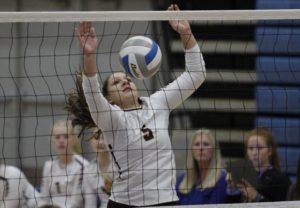 Haralson’s interest in volleyball was served up in middle school. Back then it was all about having fun and learning the basics.

“I first got interested in volleyball when I moved to Dexter the summer before seventh grade,” she says. “Our neighbors had a net set up in their yard, and they started inviting my family over to play for fun. I had never played before, but as soon as I started, I fell in love with it, and have been playing ever since.”

She made the freshman team at DHS as a ninth-grader and then played JV as a sophomore. “My sophomore year on JV was a lot of fun,” she says. “It was probably one of my best seasons playing, not to mention we were super successful!

“Each year since has gotten much more competitive, especially now playing at the varsity level.”

Dexter went an impressive 20-7-3 last season during her junior year. 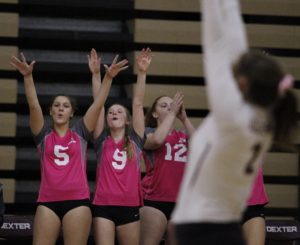 “Last year was my first year on varsity, which was very different from any other team I’d been on before,” she says. “It was definitely way more competitive, but it was also just as fun. We had the chance to play some really good teams, and played some really great games, which was awesome to be a part of, especially having looked up to the varsity players since I was a freshman.”

Now those freshman are looking up to her – and seeing a great role model with big dreams and plans.