Gabby Napolitan teed it up this past weekend at the Division 2 State Golf Finals. But before she hit her first shot, the Dexter senior had to deal with a “small” case of nerves – insert smiley face.

“I woke up in the hotel Friday morning and I felt like I was going to throw up,” said the Dexter senior golfer who qualified for the state meet after shooting an 88 at Regionals on Oct. 10. “That should tell you just how nervous I was.”

Napolitan went from feeling sick to firing a very “healthy” 178 over the two days to finish 26th in the state out of 108 golfers who played on Friday and Saturday at the D-2 State Finals at Forest Akers East on the campus of Michigan State University.

She admits it took her awhile to find her stroke.

“I was extremely shaky on my first few shots,” she says. “There were a lot more people around than I’m used to. And it took a few holes for me to finally settle down and calm my nerves. Then I kind of felt like I was in the groove.”

She fired an opening-day score of 91 and followed it up with an 87.

Among the members of the crowded gallery following her around Forest Akers East were several teammates, a few friends and of course her family. She didn’t have to look far to find a smiling face, a thumbs up or hear a “way to go Gabby.”

“It was great seeing my family and friends there supporting me,” she said.

And while her days of competitive golf appear over, she went out with a bang – not only playing well at a State Final but dropping a five-foot putt on her final hole to give her an 87 – her best score ever. Now that’s finishing on top.

“The thing I’m most proud of is the fact that I started golfing the summer before my freshman year of high school,” she said. “I never would have thought I’d qualify to be in the State Championship my senior year and shoot my personal best score on the last day of the tournament.  That was a great feeling!”

Napolitan never took private lessons. Her mom or dad aren’t golf pros at the local country club. And she never went away to golf camp – unless you count a summer camp at Reddemann Farms in Chelsea she participated in before ninth grade. She just liked to play golf.

“I knew nothing about golf before the camp at Reddemann Farms,” she said.  “My parents kept encouraging me to try it out, but I thought it would be so boring.  I played soccer most of my life, so golf did not interest me.”

The camp was every Wednesday morning for a few hours and it changed her life – well, at least her sports life.

“I’ll never forget,” she says. “I got in the car with my mom after the first day and told her that I absolutely LOVED it!  I could not wait to go again.”

She practiced every day after school with her team and the coaches during the season. She practiced. Learned. And improved. From never swinging a club to the State Finals in four years – now that’s one impressive scorecard. 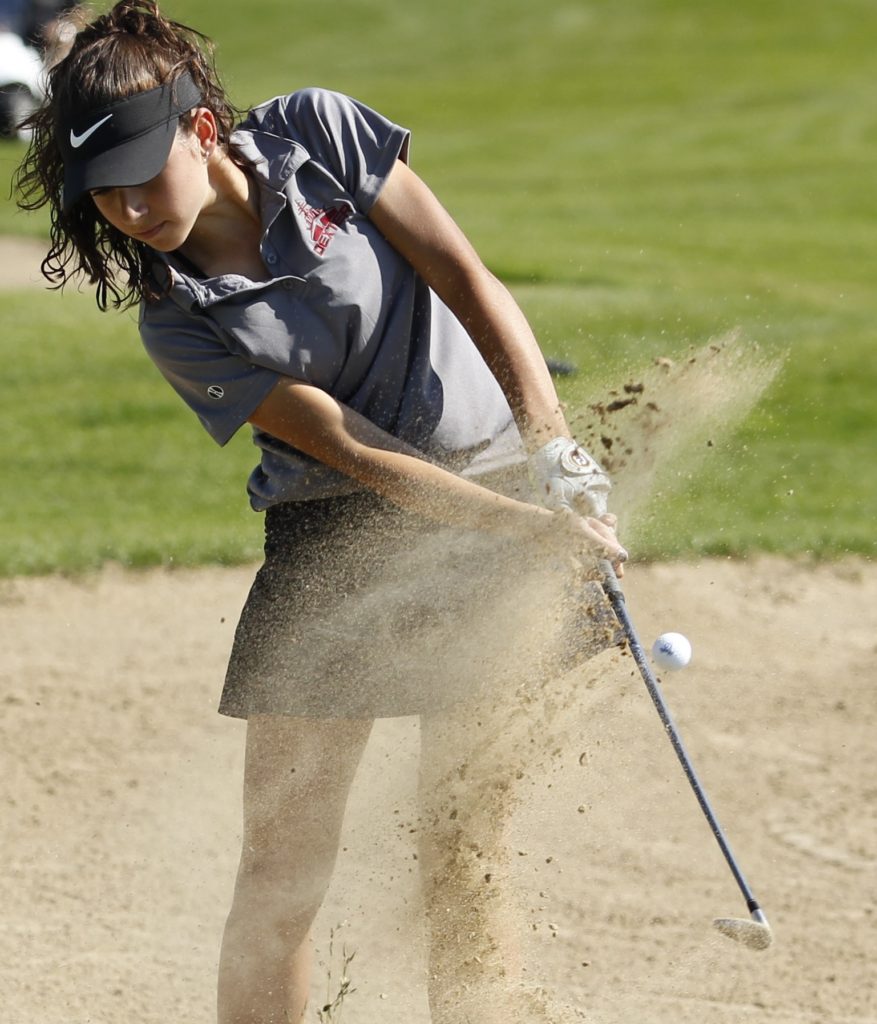 Written By
Terry Jacoby
More from Terry Jacoby
The Dexter golf team had a strong showing on Thursday at the...
Read More