Hayden Newton came into his junior season at Dexter fresh off being named All-State honorable mention in his sophomore year, hoping to improve even more during his third year. Newton has helped lead the Dreadnaughts to a 10-1-6 record in the regular season prior to beginning the SEC White tournament.

In his sophomore campaign, Newton was second on the team in goals scored (17) and third in assists (7) as Dexter went 20-3-3 during the regular season and postseason.

A year later, Newton and his team are looking to finish the job and win the district and regional championships. The Dreadnaughts finished the regular season with a 1-1 draw last week against versus rival Chelsea.

“In the first half we had a lot of chances to score. We created a lot better in the second half,” said Newton of the team’s recent draw with the Bulldogs. “The second half we kind of sat back and played more reserved and that let them get chances. The last 20 minutes are always chaotic and they ended up scoring. That’s just how it is.”

Although Newton wasn’t content with the draw, he explained that both teams deserved to win the match and he is looking forward to possibly facing Chelsea for a third time in the SEC White tournament. 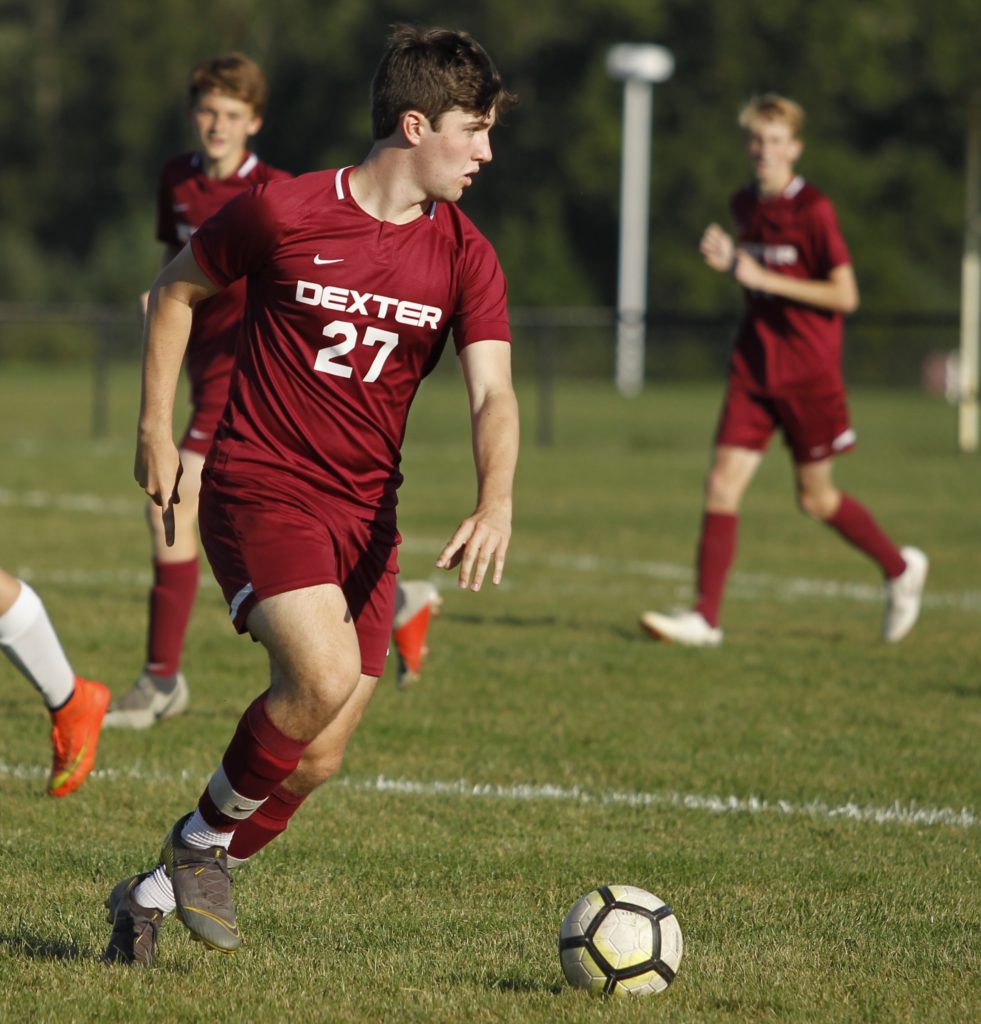 The teams tied 1-1 in both games this season. He scored the lone goal against the Bulldogs in the first game of the year.

Newton also touched on how he got involved in soccer.

“I played in a rec league and my first club coach saw me and asked me to play so I tried out,” he said. “U-9 was my first year playing travel. I played at Barter Ann Arbor for five years. Then I played for Alliance for 4-5 years and then my first year with the Wolves was this year.”

Newton, who noted that his favorite player is Lionel Messi, has had a handful of memorable games during his junior season. He had four goals in a two-game span against Huron and Ypsilanti, which were both Dexter victories. He also had both goals in a 2-0 win over Monroe.

And in the final seven games of the regular season, Newton scored seven goals.

“I’ve been a (Lionel) Messi fan since forever,” said Newton. “He’s super creative on the ball.”

The Dreadnaughts will go up against Jackson on Tuesday, Oct. 1 at 5:30 p.m. in the first round of the SEC White tournament. If Dexter beats Jackson, they will advance to play on Thursday, Oct. 3.

Newton has 12 goals and one assist on the year and is hoping to add more in the coming games.

“I’ve been getting in rhythm,” he says of his recent play. “Being in rhythm is important for me. This happened last year too since I was able to score a lot in districts. It’s just consistency and being in rhythm. I’m hoping to play college soccer. Hopefully D-1.”