Let’s face it, Adrian really had no chance in this game. Unfortunately, the Maples are a shell of their once great SEC dynasty days and now have just enough players – barely – to field a varsity team. While the weather wasn’t the best on Friday night, Dexter was certainly at its best as the Dreadnaughts dominated from start to finish in a 63-0 rout of the Maples before a large and festive Homecoming crowd at Al Ritt Stadium.

The Dreadnaughts built a 28-0 first-quarter lead on their way to a fourth-straight victory. Dexter improved to 4-1 on the season and have scored 224 points in its four wins – they have scored 63 points in a game twice this season (Adrian and Jackson).

And next week, at least on paper, appears to be another easy week for the Dreadnaughts, who host Tecumseh. The Indians, another once strong program that has fallen on hard times, is now 1-4 following Friday’s 20-14 loss to Ypsilanti – a team Dexter beat 41-0.

But get this – Friday’s win over Adrian had a lot more to do with the Dexter defense than the offense. Excuse me? Yes, they scored 63 points but it’s a lot easier to score points when you are starting your drives inside the opponent’s 30-yard line all night. While the offense was nearly perfect – they scored on every drive but one in the first half and QB Colin Parachek had only two incomplete passes the entire first half – the Dexter defense was relentless. 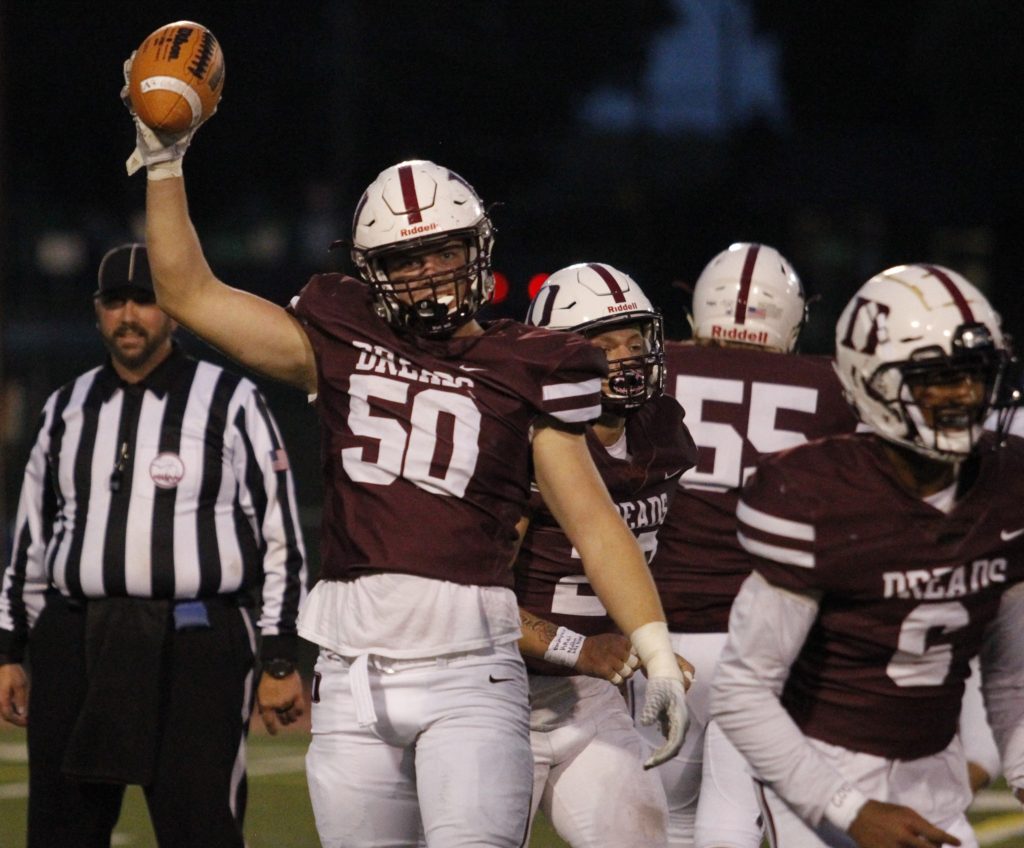 The Maples handed the host Dreadnaughts a Homecoming present right off the bat when they botched their first punt of the game after going three and out on offense. The Dreadnaughts got the ball at the 29-yard line and did what they’ve been doing the last four games – putting points on the board.

Evan Krolewski went 20 yards for a score and Dexter led 7-0 after Brady Keough’s extra point with 8:32 still left in the first quarter.

A few notes before we continue.

Keough, a senior, knocked through all nine extra-point attempts in the game.

And Evan Krolewski is one heck of a running back. While the QB and a few of the receivers are garnering plenty of well-deserved accolades, Krolewski is clearly one of the best running backs in the area. Just a junior, No. 16 runs with authority, breaks tackles with ease and has a knack – more like a determination – to get into the end zone.

OK, back to the game.

Remember how we mentioned the defense helped set up the offense all night (it’s about six graphs up), well, here is an example. Senior defensive back Noah Mitchell’s interception on Adrian’s second possession gave the offense the ball again at the 29-yard line. 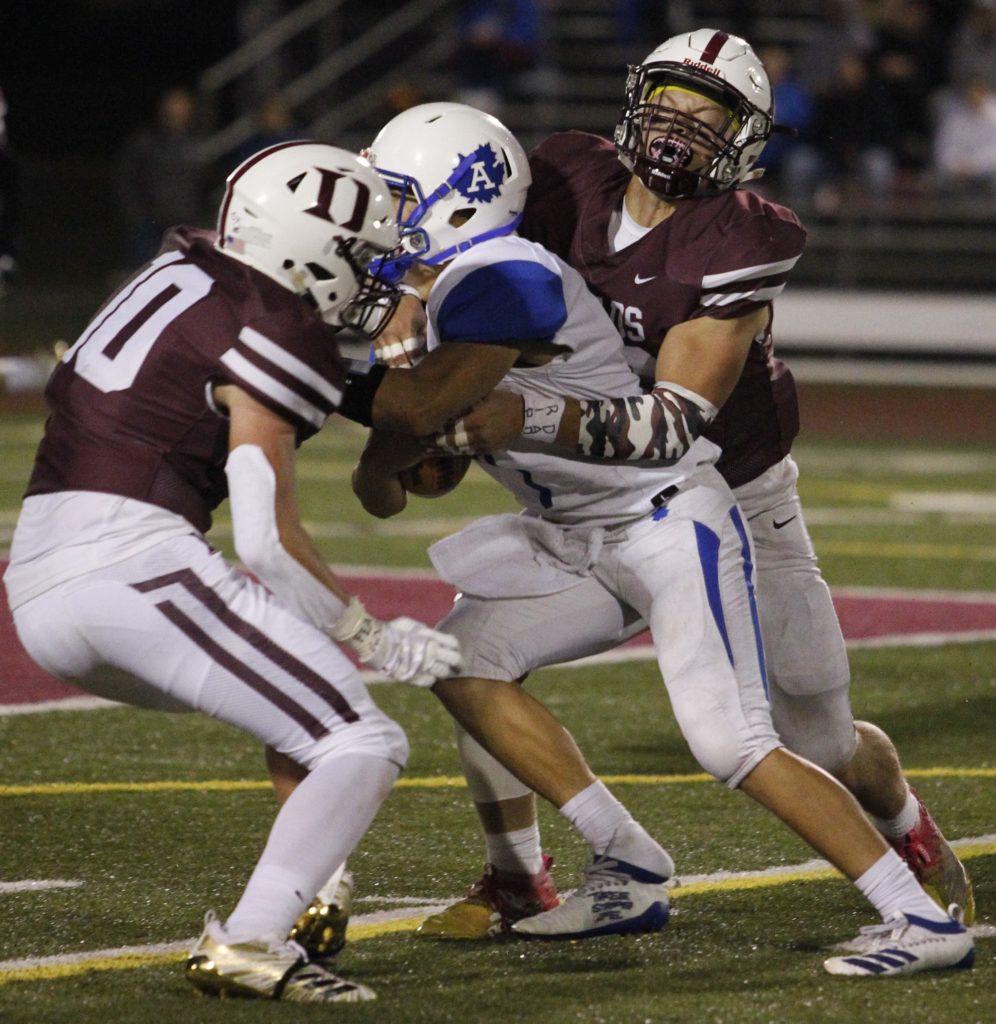 Parachek threw a 10-yard touchdown pass to Antwan Ficklen – another one of those Dexter players who doesn’t stop until he crosses the goal line – to make it 14-0.

With great field position again after an Adrian punt, the Dexter offense quickly scored its third TD of the night. Parachek tossed a pass to Krolewski who went 25 yards down the sideline, breaking a few tackles along the way, to make it 21-0 with 4:17 left in the first quarter.

The Dreadnaughts then forced another turnover. The Maples fumbled and senior Mark Young jumped on the ball at the Adrian 10-yard line. After a penalty pushed the Dreadnaughts back, Rhett Jacobs ran over tacklers all the way to the end zone on a 23-yard run to push the lead to 28-0 with 2:46 left in the opening quarter.

After the Dexter defense stopped Adrian on downs inside the Maples’ end of the field, Jacobs ran it in from a yard out – well, he actually kind of walked in and side stepped a defender for the score to make it 35-0.

A 16-yard pass – which was a perfect ball from a QB who had pretty much a perfect night – from Parachek to (Brennan) Parachek with 4:22 left in the second quarter gave Dexter a 42-0 lead.

Krolewski scored his third TD of the half when he went 46 yards right up the middle to give the Dreadnaughts a 49-0 halftime lead.

After poor weather delayed the start of the second half, Dexter added two more touchdowns.

Written By
Terry Jacoby
More from Terry Jacoby
For programs such as Dexter soccer, it’s all about the postseason. The...
Read More