The last we saw Owen Huard before the finish line on Tuesday during the SEC Jamboree 2 in Jackson, the Dexter senior was running around a tree at Ella Sharp Park with a somewhat crowded pack of runners – albeit the front pack.

The next time we saw Huard he was all by himself crossing the finish line in 16 minutes, 08.8 seconds to finish first overall. The next runner to cross the finish line was only a few steps behind – which was fine, since it was teammate Nathan Larson (16:12.2).

Huard has a way of separating himself from the pack – whether in a sprint down the stretch in front of screaming spectators or back deep in the woods completely out of site. His senior year is off to running start. In his five races so far this year, Huard has won twice, finished second once and has taken third place twice as he’s landed in the top three in each run.

Not a bad start. But he’s really only getting started. It’s all about improving, setting the pace and crossing the finish line where he wants to cross the finish line on Nov. 3 at MIS. For the great runners, the whole season is about that last race and Huard is a great runner totally locked in on Nov. 3.

“A lot depends on who we are running against and where we are running,” he says of his running strategy. “(Tuesday) was just about staying on the plan we set as a team and then executing what the coach wanted. There are times where I am just running and staying in the flow, but in bigger races you have to stay mentally focused and aware of not only how you are doing but what is going on around you.” 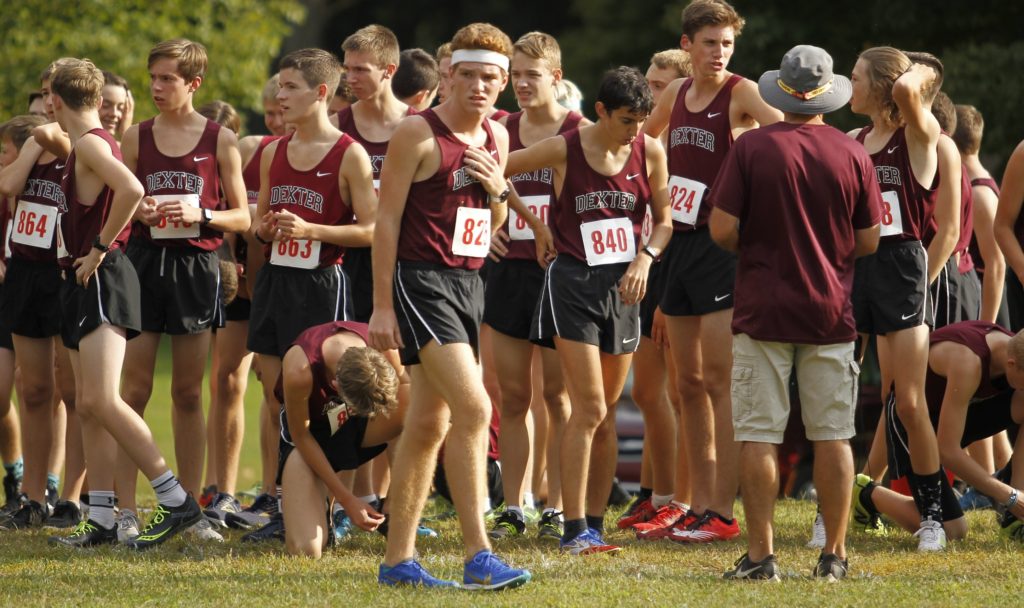 During these big races – and the Dreadnaughts have a few coming up right around the corner – Huard says he is aware of his main competition and where they are on the course. And they certainly know where he is – usually in front of them.

“You have to know where those certain guys are,” Huard says. “Because if they make a move in the middle of the race and you don’t respond to that you can fall back into a pretty big hole that’s hard to get out of.”

Cross country, like swimming and others, is one of those sports that is both an individual and team competition. And while he’s quite pleased with how his season is going, Huard perks up when talking about his teammates, the Dreadnaughts cross country program and their big expectations for this season.

Dexter has some very strong runners at the top of the pack with Huard, Larson and Seth Read – the three seniors have been strong leaders on and off the course for Coach Drew Collette this year. They also have some outstanding depth which has the Dreadnaughts running at peak form with the first turn of the season already in the books. 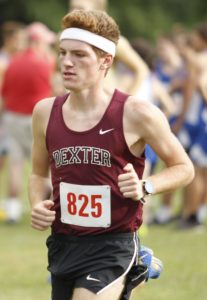 “After we finished third in the state last year and having so many runners back we came into this year knowing what our goal was, and that’s why we have been training hard since the first day of summer,” he says. “The state title is what we continue to train for and race for.”

A state title! That’s the goal for the 2019 Dexter boys’ cross country team. And why not after they finished third last year at MIS. The Dreadnaughts finished with 154 points last year in the D-1 state finals, behind only Walled Lake Central (127) and champion Plymouth (122).

And there are other talented teams very much in the mix this year including another SEC team in Saline. The field is very much in a pack right now and who separates will depend on many different variables.

Like Huard points out, MIS is not an easy course. And having some experience in their stride with the motor speedway should only help the Dreadnaughts coming down the stretch.

“It’s always muddy there and the D-1 race is always the last race of the day so the conditions aren’t great,” Huard says. “The first 800 is always a challenge there.” 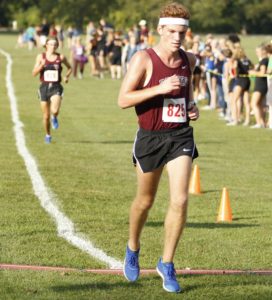 Huard had a very strong race last season at MIS. The junior finished in 15:56.5 to place a team-best 16th place. Leading into the state finals, Huard was sixth at Regionals and second in the SEC White championship.

Huard started his running career in seventh grade – after giving another sport a shot.

“In sixth grade I played tackle football and I was probably the smallest kid out there,” he says. “During summer conditioning I would always be first when we ran to the pole and back so I knew I was pretty fast. I enjoyed the running part of football but didn’t enjoy getting hit. So I looked for a sport where I could run without worrying about getting hit.”

After playing baseball his freshman and sophomore year at Dexter, Huard switched to track last year, making him officially a full-time runner. And he wants to keep running in college.

“I have some schools in mind and hope to figure that out by the end of the cross country season,” he says. “I’m definitely planning on running in college.”

But first he has a race to prepare for on Nov. 3. And Huard and the Dreadnaughts appear on course for exactly where they want to finish that race.