Michelle Mountain has been on both sides of the stage – acting and directing – at the Purple Rose Theatre in Chelsea.

When previews for a new show roll around, Mountain has, pardon the analogy, already climbed most of the mountain and is using these final “rehearsals” to get the cast and crew over the top.

Mountain is the director for the world premiere of David MacGregor’s “Sherlock Holmes and the Adventure of the Fallen Soufflé,” which officially opens on Friday and runs all the way through Dec. 21. There are seven previews prior to opening night and this is a chance to not only fine tune the show but meet and greet an important part of any play – the audience.

“Yes, of course, this is certainly a shared experience,” Mountain says. “Previews are an opportunity to feel how the breath of the whole thing goes with everybody. We are part of their (the audience) experience and they are part of ours.”

Mountain, sitting in a conference room somewhere above and behind the stage at the Purple Rose, is dressed exactly how you would think a director getting ready for another rehearsal would be dressed – comfortable casual. She is certainly comfortable with where the play is at as far as being ready for Friday’s opening night – this professional ensemble Mountain has helped put together is clearly ready to rock and roll. And previews play a big part in the process. 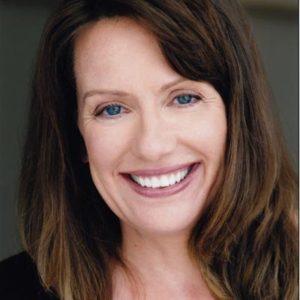 “After our first five previews we have post-show discussions with audience members who want to stay and share their thoughts about the play,” Mountain says. “These are really valuable. “For example, this time we learned that two of the actors were a little bit too loud. I had never heard that before. I have heard of actors not being loud enough and that can happen but I had never heard of actors being too loud. And we heard this in more than one discussion. And that’s important, too. To hear it in different discussions means we need to address it and we did.”

If an issue comes up more than once from different audiences during post-show discussions, then it’s something that needs to be looked at. If two audiences see or hear or feel the same thing, it goes from “yeah, maybe …,” to “yeah, maybe we better address that.”

“If people were dropping out or getting bored in the same spot or if they didn’t understand some information or were confused at the same point consistently then that is something we need to look into,” Mountain said. “And that happens.”

It’s all about making sure everything is ready for opening night and that includes keeping track of time. Mountain says previews are a time to keep time and monitor how long the show is running and making sure it is not only on time but staying on time.

“We are looking at the times of each act because it’s important that they stay consistent,” Mountain said. “On Saturday night, for example, Act 1 was a minute longer than it was during the afternoon and the show was better and that’s unusual. So we learn during previews what the times should be for each act. And right down to seconds. If an act is a minute fast, they might be going too fast or not listening and it’s something we try to figure out. Now if the audience is laughing more, that’s a different matter.”

During these previews, Mountain asked a couple of her actors to switch up what they were doing in terms of intention and behavior.

But it’s best to work it out in previews.

While previews are generally a time to fine tune, both with small details – that most in the audience don’t notice – and also big picture things.

“We have had previews where we have added pages, taken whole scenes away and added a few things so it all depends on the show,” Mountain says.

During the preview period of a show, the cast and crew continue to rehearse – taking what they’ve learned in previews to the rehearsal stage in order to lock in any changes.

“On Saturday in between shows we switched up something in act two and it worked really well,” Mountain said. “But it changed their blocking. I didn’t think to review that on Sunday and it got a little messed up which no one really noticed other than us. So today we will rehearse that, set it and run it three or four times so they can be comfortable with what they are doing.”

Mountain says they usually make adjustments and some fine tuning right up through the final rehearsals, but once the curtain goes up on opening night, everyone is not only on point, but comfortable in what they need to do. As an actor, and a very good one, Mountain says she treats previews “as rehearsals.”

“It’s how we all try to approach previews because they really are rehearsals,” she says. “When I have my director hat on I say to everyone, ‘what are you so worried about, it’s a rehearsal.’ I know where they are coming from because when I’m in their shoes I still get a little nervous.”

Previews are a chance for the director to learn, adjust, tweak and – pardon the analogy – get the show to the top of the mountain.

All performances will be held at The Purple Rose Theatre Company, 137 Park Street, Chelsea, Michigan 48118. Ticket prices range from $23 to $47 with special discounts for students, seniors, teachers, members of the military and groups (12+). For more information or to make reservations call (734) 433-7673.

Written By
Terry Jacoby
More from Terry Jacoby
Lauren Thompson is in her first year as head coach of the...
Read More