The Dexter boys’ cross country took first place at the Holly Duane Raffin Festival of Races on Saturday in a rare sixth man comparison after tying Clarkston at 130 points. Clarkston is expected to be one of the strong contenders at the finish line, along with Dexter, at the state finals in November.

“We sat our number four man again on Saturday; this team is going to be dangerous when they are all up to speed,” said Coach Drew Collette.

Connor was not the only DXC runner to dig deep in the blazing heat on a serpentine course on Saturday. Sophomore Adam Hauser faced the race with tenacity making a strong showing in the race dominated by upperclassmen from 22 Division I schools. Finn Bell continued to demonstrate his strength as a runner by capturing the fifth-scored position enabling a win over Pinckney and the tie-breaker with powerhouse Clarkston.

Liam Buller pounded the exacting course to finish in fourth place. Owen Huard, Nathan Larson, and Seth Read navigated through the muddy ground and powered up the final hill to hold their spots and earn medals on the awards stage. 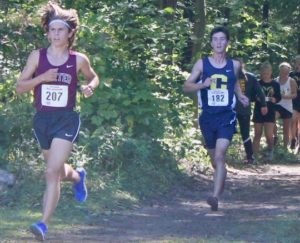 The varsity team ran in pairs throughout much of the race.

“My favorite part was running with Liam and splitting apart to pass a guy and then coming back together again,” said Seth Read.

Finn Bell and Connor Kolka also ran much of the race together.

In the reserve race, the Dreadnaughts took fourth place against some strong competition. Dexter finished 23 points ahead of Pinckney and 34 in front of Clarkston. The narrow line between varsity and reserve in men’s cross country creates a tight competition that makes for exciting seasons and big jumps in improvement.

On a course notorious for killing PRs, 11 Dexter runners pulled it off. They ranged from Read’s 2 seconds to a crazy 2:52 PR from freshman David Dornoff. Nathan Robke dropped nearly 2 minutes from his best time, and fellow freshman Owen Ackerman and Alex Hoffman cut more than a minute from their previous fastest times this season. Eight runners cut their times between 13 and 28 seconds with a standout at 2:04 by Evan Bursch. 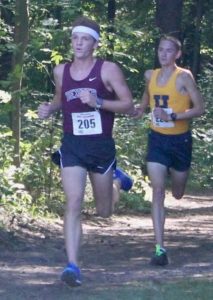 “It was an awesome day in Holly,” said Coach Nathan Lamb. “The boys and girls both brought home some hardware! It was a big win for the boys against some tough competition … they definitely earned it!”

The next race is split up over two days. The JV men’s and women’s races are Friday evening at the Jackson Invitational. The varsity runners head over on Saturday morning. Ella Sharp Park can be a fast course and runners can deliver top times there. Come cheer them on – admission is free! 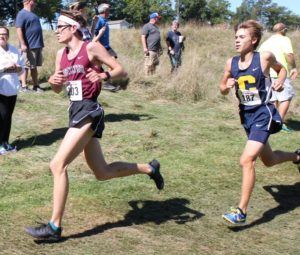