Turning around the Dexter football program was not going to happen overnight and it certainly wasn’t going to be an easy task. There were some good coaches and great people who tried to turn things around and for one reason or another couldn’t put more wins than losses on the scoreboard.

Phil Jacobs, who led a very successful program at Adrian, took the job over and promised not to make any quick promises. The road to the win column wasn’t going to be easy and it wasn’t going to be a quick drive but the right guy was behind the wheel.

“We figured this would be a three-year process and here we are staring year three in the eyes,” says Jacobs, who may have already crossed the finish line of many people’s expectations. Making the playoffs last year proved that hard work, dedication and a strong coaching staff can speed things up.

“We right where we were hoping to be three years ago” he said. “Now it’s time to accomplish some of the things that we set out to accomplish.”

And the work started off the field.

“When we took over the program one of the areas we focused on was getting stronger in the weight room and here we are three years later,” Jacobs said. “We are starting to see the results of that and the program continues every year and hopefully the results continue as well.”

Reaching the playoffs last season was a huge accomplishment and the team certainly celebrated their amazing run. But they also knew that bigger goals were within reach so they quickly went back to work.

High school football has changed over the years since Jacobs first became a head coach. Some of the biggest changes have occurred on the practice field.

“High school has limitations on contact in practices,” he said. “Back in the day you would grind and do contact for two hour practices and by Friday you would be all beat up. You can’t win the race if you don’t enter the horses so now the goal is to have everyone healthy and ready to go. We try to keep our legs fresh. We go full speed but we rarely, if at all, do any full contact in practice.”

Jacobs says the game has even changed on the field. 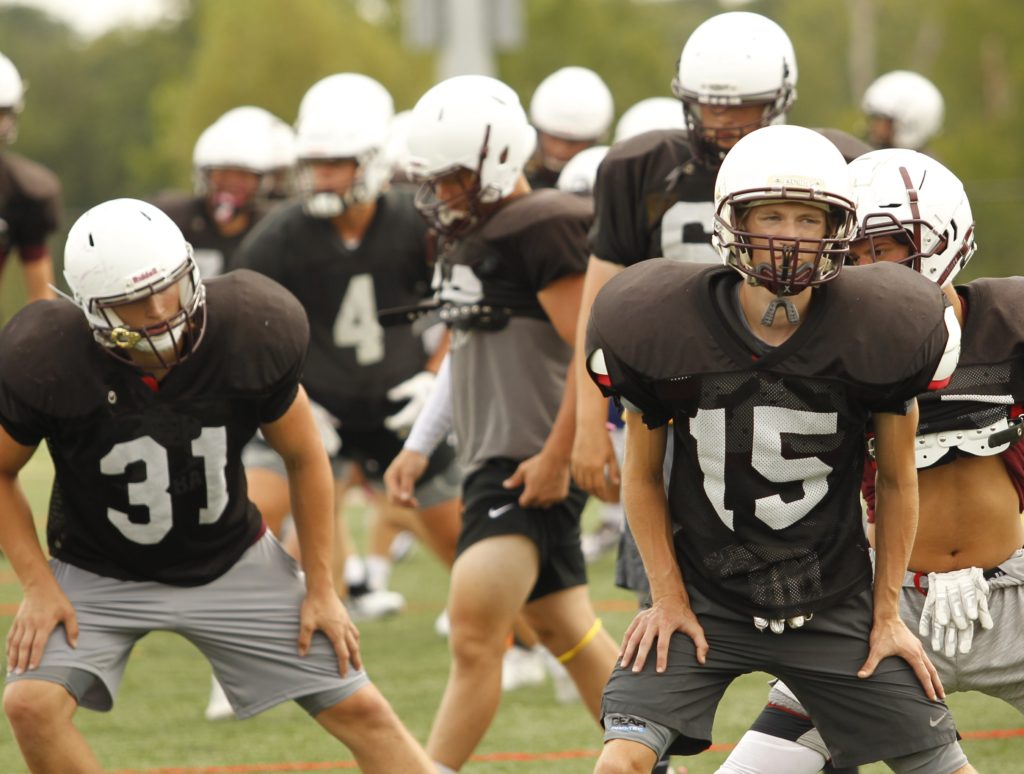 Dexter certainly has the talent and experience to run a no-huddle offense and they could easily change the tempo of a game by putting their foot on the gas pedal. The Dreadnaughts have an experienced and talented quarterback and some very strong players at the skilled positions.

But playing too fast can create problems, such as turnovers and penalties. The Dreadnaughts will more than likely search for a balance and find the speed that fits them the best.

Jacobs sees a lot of positives from this year’s Dexter squad, but it took some time to get there.

“During our summer camp back in July I didn’t feel like we were coming together as a team as much as I would have liked to see,” Jacobs said. “We had little clicks here and little clicks there. And then during two-a-days something turned and we started to come together as a team. There was a brotherhood and it’s been neat to watch. They have embraced everything we have presented to them and it’s been a neat process to see.”

Jacobs and his coaching staff are focused on short-term objectives with the belief that if you take care of the short-term, the long-term goals will take care of themselves. So far, that philosophy seems to be a winning approach.

“When I came to Dexter we wanted to build this one brick at a time and that has evolved into wanting to be 1-0 in everything we do,” Jacobs said. “Every drill in every practice we want to be the best we can be. This 15 minutes in practice we want to be 1-0 and that leads to being 1-0 at the end of the full practice. So if we win all these little battles hopefully the wins will outweigh the losses.”

Jacobs has built an excellent coaching staff at Dexter and that continuity has been another reason for the program’s success. “You look at Chelsea and they had that same coaching staff for years with Brad Bush so it’s important,” he said. “When you are together that long you know what each other is thinking, everyone knows what is expected, meetings don’t last as long, game planning doesn’t last as long because everyone is on the same page.

“I was more of a control freak when I started coaching but not everyone has their roles and we are all in this for the same reason. I want my coaches to prepare like they want to become head coaches and these coaches have been great and have made my job a lot easier.”

The Dreads will need to play within themselves, play with confidence but keep the highs in check and don’t let the lows get them down. There is a swagger now to the Dexter football program – a well-deserved swagger.

“I don’t think we are overconfident,” Jacob says. “I think the kids are hungry and they’ve been on both sides of the coin. Many experienced 0-9 and now they have experienced making the playoffs and playing in a playoff game last year. We aren’t looking towards the playoffs, we are looking towards tomorrow’s practice. And when Friday gets here we hope to be 1-0 on the first play, 1-0 after the first quarter and hopefully that leads us to being 1-0 at the end of the game.”

Dexter opens the season at 7 p.m. on Friday against rival Chelsea. 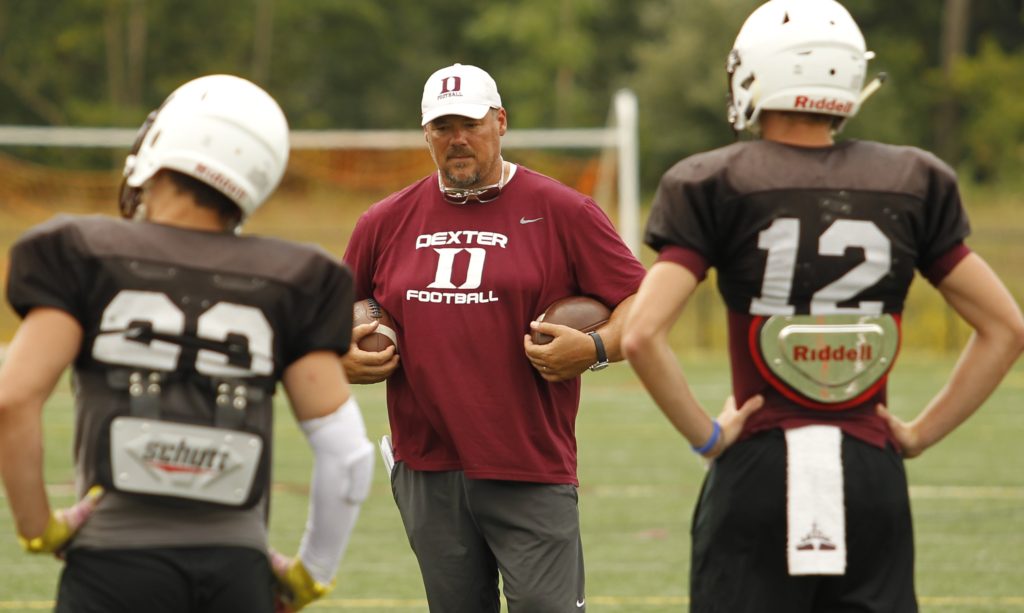 DEXTER AT A GLANCE